As anyone who’s into home cinema knows, when it comes to TV screen sizes, bigger is always better. Which is precisely why we thought we should follow up our earlier reviews of Toshiba’s talented but ever-so-slightly small 27in and 32in LCD TVs with something potentially much more satisfying for those big Hollywood moments: the 37in 37WL66. Especially as it delivers its big-screen thrills for the bargain-basement price of £1,300.


It has to be said, though, that the 37WL66 doesn’t get off to a very sexy start. Its looks are really quite bland by today’s standards, as the finish appears lightweight and flimsy while the colour scheme strikes us as drab and old-school. The only truly likeable aspect of the TV’s aesthetics is that the frame around the screen is unusually slim. 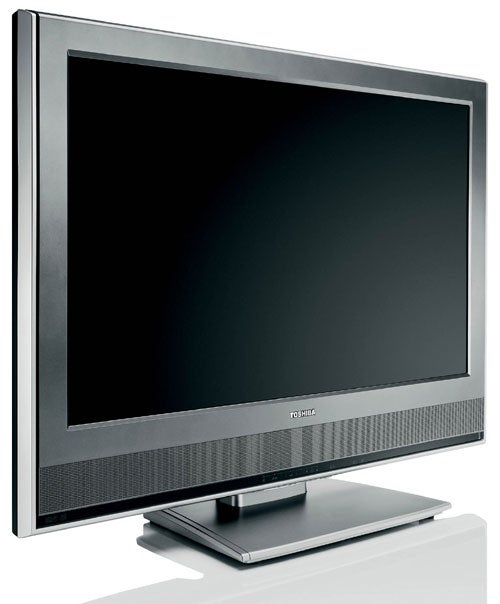 Just as well, then, that its connectivity is a whole lot easier on the eye – not least because it includes not one but two HDMI sockets. Given how many HDMI-equipped sources could be vying for your attention over the next 12 months, we reckon pretty much every TV coming out now should have at least two HDMIs. But you’d be surprised how few do, so well done to Toshiba for managing it – especially on such an affordable TV.


The 37WL66 proudly wears the AV world’s HD Ready badge, and so it’s no surprise to find the HDMI jacks joined by a component video input for analogue HD sources like the Xbox 360. Elsewhere, meanwhile, there’s a PC socket so you can double the TV up as a computer monitor, and a pair of SCARTs.


We have to say we’d have liked a third SCART, especially as the set unusually doesn’t provide a 4-pin S-Video input. But those two HDMIs are pretty good compensation.

As you’d expect of an affordable LCD TV with an HD Ready badge, the 37WL66 boasts an HD-friendly native pixel resolution of 1,366 x 768, with other key specifications including very credible measurements of 500cd/m2 for brightness and 1000:1 for contrast ratio. Let’s just hope these measurements are less ‘fanciful’ than those of one or two rival brands we can think of…


A quest for features beyond the HD Ready status starts off with a disappointment: there’s no digital tuner. This initially seems odd on what otherwise appears to be a cutting edge TV until you realise that: a) if you want a digital tuner Toshiba has a version of the set, the 37WLT66, with one in; and b) not having a digital tuner lets Toshiba sell the 37WL66 for the best part of £300 less than its digital counterpart. In other words, the 37WL66 is there as a great money-saving option for people who already have a Sky or Freeview receiver box. 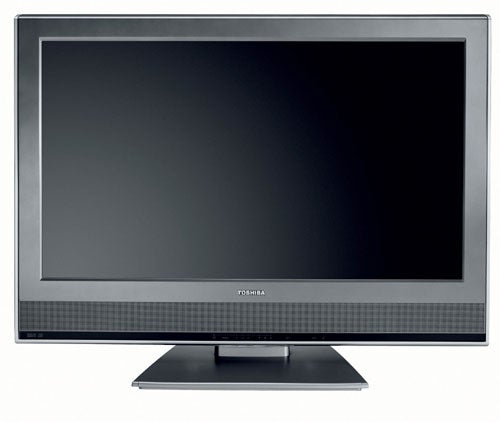 There’s some decent compensation for the lack of digital tuner, in any case, in the 37WL66’s provision of Toshiba’s Active Vision LCD picture processing system. As with rival systems found on the majority of other LCD TVs these days, Active Vision works across a range of picture elements, improving such things as motion, contrast, the amount of picture detail, and colours. Based on past experience, the only key thing that separates Active Vision LCD from many of its rivals is simply how good it is, so we’re hoping that trend will continue today.


Features you can play with yourself from the onscreen menus are reasonably numerous. People wanting to double up the TV as a computer screen, for instance, will appreciate a 3D Colour Management tool that’s intended to readjust the core white balance and colour settings so that they’re more in tune with PC demands. And closet tinkerers might find themselves spending hours altering the hue, saturation and brightness levels of the red, green, blue, yellow, cyan and magenta colour elements via a Base Colour Adjustment system.

A cinema mode is on hand to make films look clearer and smoother, too, with the icing on the cake coming from a trio of sound tricks: SRS 3D processing for a much wider, deeper soundstage, Focus adjustment for clearer dialogue, and a TruBass low frequency enhancer.


So are the 37WL66’s pictures a chip off the old Toshiba/Active Vision block? Not ’arf.


There are few LCD TVs at this size able to deliver such an exceptionally sharp picture. This is, of course, a particularly handy attribute to have in these high definition-obsessed times, and can make our Xbox 360 games and true HD footage on our Sky HD receiver look so pristine and detailed that it nearly brings a tear to our eye.


It’s not just the sheer resolution of the Toshiba’s pictures that makes them look so sharp either, since they also suffer impressively little with smearing problems over motion, or video noise in general. What’s particularly interesting about this is that it proves that Active Vision LCD does all of its good work while generating hardly any unpleasant processing side effects. 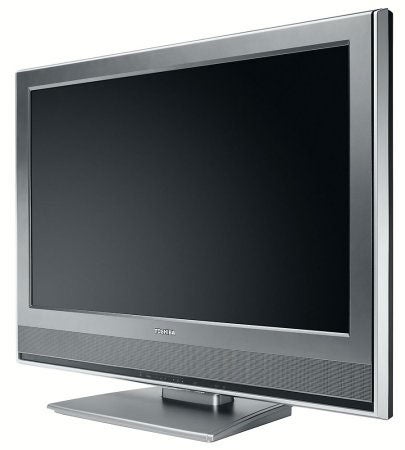 The set’s black levels are well above average too. Dark scenes thus escape too much damage from the greyness associated with low-contrast TVs, while also avoiding the common trap of looking hollow thanks to their containing wholesome amounts of subtle detail information.


The last big thing in the 37WL66’s favour is the exceptional vitality and dynamism of its colours, which helps give even the most mundane of footage an almost cinematic lustre.


The 37WL66’s excellent pictures deserve better backing than they get from the sound on offer. For while normal TV fodder sounds clean and involving enough, a fulsome movie or drama mix reveals a general lack of bass and an overloaded, thin-sounding mid range.


Alright, yes, this Toshiba lacks a digital tuner and doesn’t have the greatest sound. But if you’re just after 37in of exceptional picture quality as cheaply as possible, the 37WL66 will do nicely.