It’s beginning to look like edge-lit LED LCD TVs are the new darlings of the AV world. In recent times we’ve seen 32in LED models from Sharp and Samsung, today we’ve got one from Toshiba, and in the next couple of weeks we’ll also be looking at one from Philips! And there are plenty of other 32in models around using the same tech, too.


Toshiba’s 32SL738 is particularly interesting, though. For more than any other 32in LED TV to date, it shows just how deeply edge LED technology has penetrated the mass TV market.

The reason we say this, of course, is that it’s cheap. Very cheap: we’ve found it going for just £338.26, in fact. This sort of price would look eye-catchingly affordable on a traditional CCFL 32in telly; applied to an edge LED model, it’s nothing short of a revelation.


What’s more, there’s nothing about the 32SL738’s exterior that screams ‘budget’ at you. On the contrary, it’s a very attractive TV, complete with a super-slim profile, high-gloss finish, and pleasingly angular, minimalistic black bezel. In fact, from a reasonable viewing distance it doesn’t look much less stylish than Toshiba’s much more expensive VL series, with their Jacob Jensen Studios design. 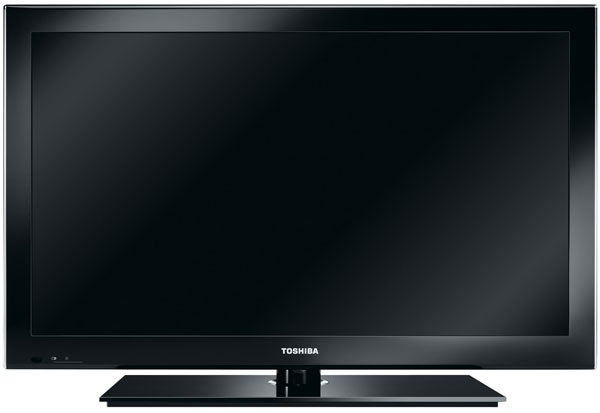 The 32SL738’s pricing is somewhat reflected in its connections, though. For a start, it only sports three HDMIs when we’re starting to expect four as standard. Though to be fair, Toshiba might argue that anyone only wanting to spend under £350 on a 32in TV probably won’t be the sort of person with piles of HD Ready kit, and so won’t need more than three HDMIs.


Another absentee that’s harder to get round, though, is an Ethernet port. The biggest single problem with this, even on a price-conscious TV, is that it immediately signals that the 32SL738 doesn’t have a Freeview HD tuner. All you get is a Freeview standard def one.


While we can understand Toshiba’s desire to catch the attention of the public – and websites like this one – by getting the 32SL738’s price as low as possible, it’s also undeniable that Freeview HD tuners have become more or less standard issue. Only you can decide how big an issue not having a Freeview HD tuner is to you – though we guess Toshiba could defend itself by saying that you can get external Freeview HD receivers now for as little as £90. So even if you add that to the 32SL738’s price we’ve found, it still looks like a good value proposition.

The absence of a LAN port has further repercussions, too. For it means the 32SL738 supports neither DLNA PC compatibility nor any online functionality. We guess this is just about fair enough on such a cheap TV, though – especially as it isn’t wholly without multimedia merit on account of a USB port capable of playing JPEG photos and MP3 audio files. Video file playback, though, is not on the menu.


The various factors we’ve just been talking about are certainly not the sum total of the 32SL738’s limitations, either. For it also only manages a 1,366 x 768 native resolution as opposed to the usual full HD 1,920 x 1,080 pixel count, and sports a pretty limited video processing setup comprising just a basic version of Toshiba’s utilitarian Active Vision LCD system. There’s no 100Hz and no Resolution+, the latter being Toshiba’s excellent proprietary upscaling routine for standard def footage.


So far as Resolution+ goes, though, we didn’t miss it as much as expected. For while the 32SL738’s standard def pictures certainly aren’t the sharpest we’ve seen, they’re quite natural in their appearance and don’t suffer with aggressive amounts of noise. 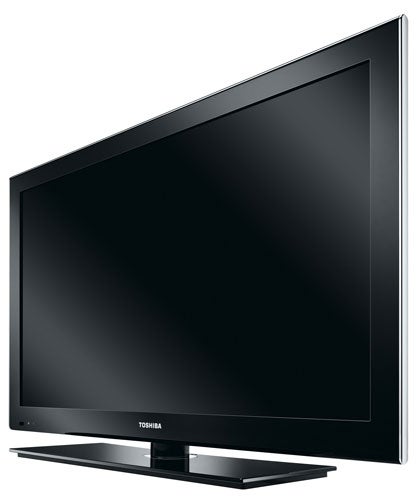 We did miss 100Hz, though. For with standard definition sources there’s clear evidence of motion blur. And this turns into noticeable judder when you switch to Blu-ray playback. Neither of these issues is really bad by any means, allowing you to sort of get attuned to them over time. But at the same time there’s no denying the set is clearly a few paces behind its (more expensive) 100Hz-sporting rivals in this key respect.


While discussing the 32SL738’s features, we neglected to mention the fact that Toshiba has equipped the set with an impressive array of picture fine tuning options, including 10-point gamma control and a decent colour management system. But we need to mention these tools here, for the simple reason that until we’d used them to tweak the 32SL738’s picture presets, we felt that its colours looked a bit imbalanced, with some tones dominating while others looked either washed out or muted.


In fact, post calibration the 32SL738’s colours look vibrant, pictures generally look bright and aggressive, and HD images look decently sharp and detailed when there’s not too much motion blur to contend with. At first glance black levels look OK too, meaning that predominantly bright footage frequently looks bold without being brash, and rich without being forced.

The wheels come off, however, when you ask the 32SL738 to deal with any predominantly dark scenes. The main reason for this is the recurrence yet again of what’s becoming an unfortunate Toshiba trademark: serious backlight inconsistency. A large chunk of the top edge of our test sample looked considerably brighter than the rest of the picture during dark scenes, with a lesser patch of trouble evident in the bottom left corner.


We often get asked if problems like this might be the result of defective test samples. But while this is possible on specific models, we guess, the regularity of its appearance on Toshiba’s edge LED models makes it look like a definite, reoccurring issue. And actually, partly because of the relative smallness of the 32SL738’s screen, the problem is probably more distracting on this set than it has been on any of Toshiba’s other, similarly flawed edge LED TVs.


We also sometimes wonder if we’re not getting a wee bit obsessed with backlight inconsistencies, so often do we seem to be mentioning them right now. But all we can say is that we just hate any picture flaw capable of immediately and aggressively throwing us out of the programme we were immersed in watching.

The 32SL738 also initially suffered with some over-aggressive light output adjustments as content switched between light and dark content. Turning the set’s active backlight off solved this, but also resulted in a marked drop off in black level depth. Again we were able to improve things to some extent by ramping down the image’s brightness and backlight levels manually, but when all’s said and done the 32SL738’s portrayal of dark scenes is inconsistent and uninspiring. A situation not helped by the set’s pretty limited effective viewing angle before dark parts of the picture start to lose contrast.


The 32SL738’s hit and miss picture quality isn’t helped out in the slightest by the set’s audio performance. Even by the pretty uninspiring general standards of 32in TVs the 32SL738’s extremely limited power and tiny dynamic range sound poor, leaving you to put up with effects and vocals that can totally disappear during high-octane action scenes, and a bass performance that’s best described as non-existent.


With its bold attempt to make edge LED a truly mass market technology, we really wanted to love Toshiba’s 32SL738. But in the end the compromises it asks you to make in terms of both features and performance are more extensive than we feel comfortable with, even at the sub-£350 level.