To be honest, we weren’t originally intending to review the 32C3030D, having already cast our eye over its bigger, 42in sibling, the 42C3030D, a few months ago. But apparently the 32in model is selling like the proverbial hot cakes – hardly surprising now that a recent round of price cutting means it can be had for under £450. So as it’s clearly a model that’s got you lot in something of a lather, we thought we’d better check it out after all – especially since it’s entirely possible that by being 10in smaller it might avoid some of the picture pitfalls that made the 42C3030D a slightly uninspiring affair.


Looking at the 32C3030D, it’s likely that it’s not just the price that’s attracting punters’ attention. For its minimalist black and unusually slender chassis cuts an appealing dash that stands out from a generally more expensive LCD crowd. 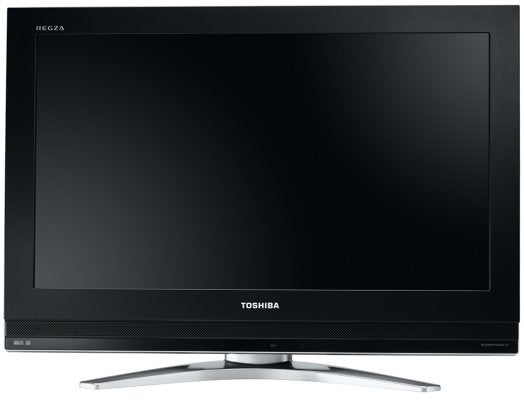 There’s no serious sign of price-induced compromise when it comes to connections, either. Two HDMIs lead the charge, both able – rather excellently – to handle the 1080p top-level HD format which enjoys such currency now that it’s being output by a few Blu-ray and HD DVD decks.


Joining these talented HDMIs are component video inputs, all the paraphernalia associated with a digital tuner, a D-Sub PC port, and a digital audio output for shipping multichannel audio signals (received via the HDMIs) on to an AV receiver. There’s even a subwoofer line-out should you wish to add more bass to the TV’s audio capabilities.


Not surprisingly for a 32in LCD with such a puny price tag, the 32C3030D is not a full HD model. Instead it sports a typical HD Ready pixel count of 1,366 x 768. But its other key quoted specification, its contrast ratio, actually looks rather good at 4,000:1, raising hopes of black levels rather deeper and more credible than those usually found at this budget end of the market. 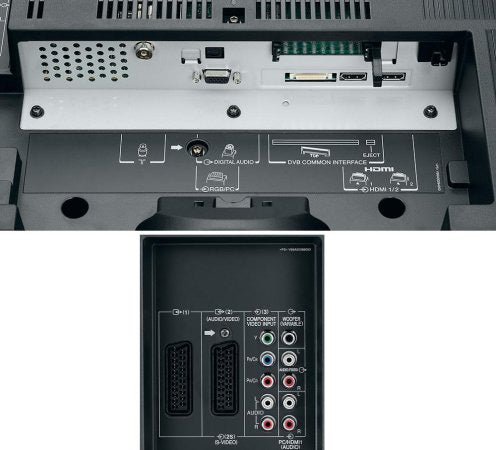 It’s worth noting, though, that as with the vast majority of LCD TVs, this contrast ratio is only made possible by a dynamic backlight system which automatically reduces the image’s brightness during dark scenes to improve black level response. This means we’ll have to be on the look out for OTT reductions in the image’s overall brightness, or visible brightness ‘jumps’ if the backlight adjustments aren’t subtle or fast enough.


Given that the 32C3030D sits right at bottom of Toshiba’s current LCD range, we’re pleased to find that it still clings on to Toshiba’s Active Vision LCD processing engine. Designed to boost black levels, colour response, motion handling and fine detail, among other lesser items, we’ve seen Active Vision deliver some eminently respectable results in the past. So hopefully it will here, too.

A quest for other features inevitably leads to an exhaustive trawl through the 32C3030D’s onscreen menus – and highlights the first big problem we have with the TV. For navigating the dated-looking menus is made into a really quite irritating experience by a remote control that responds painfully sluggishly to your button presses. At least things aren’t as bad as with some of Toshiba’s previous remote control howlers, but we still winced every time we were forced to tinker with a setting or two.


Anyway, if you can be bothered to hunt for them the main highlights include MPEG noise reduction for reducing the blocky look to low-bandwidth digital broadcasts; the ability to switch the colour tone to something more suited to PC than video playback; and the facility to fine-tune the colour tone manually to within an inch of its life. Assuming you haven’t got anything better to do, of course! 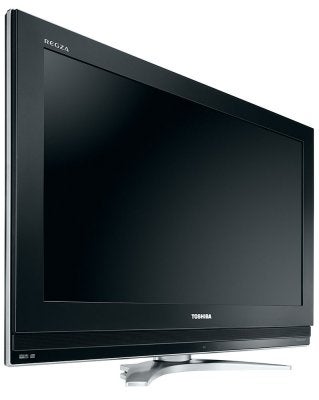 After the tweaking comes the viewing and it has to be said that watching the 32C3030D doesn’t turn out to be a particularly enjoyable experience either. One particularly severe problem with its picture quality is its black level response. The night-time assault by the Black Pearl on the Fort during the first Pirates of the Caribbean movie on Blu-ray is at times quite difficult to make out, as the tell-tale low-contrast greyness washes over proceedings to an extent that makes the claimed 4,000:1 contrast ratio look laughably optimistic.

As if all this wasn’t troubling enough, the dynamic backlight system that’s supposed to improve black levels goes through its motions too obviously for our liking, occasionally causing the picture to seemingly flicker as the lamp’s output bounces up and down.


And still we’re not done with the problems, as shifting our viewing angle a little to the side – and when we say ‘a little’, we really do only mean around 30-40 degrees off axis – leads to a fairly drastic reduction in the picture’s colour richness and contrast levels.


This phenomenon was once common place on LCD TVs, but we’re really not accustomed to seeing it so overtly now. And curiously it didn’t seem nearly so severe a problem on the 42in version of this set. Go figure. Obviously the problems listed above don’t make the 32C3030D a good friend of dark scenes or living rooms where some of the seating positions are way off to the side.

Fortunately the set does enough things right in other areas to stop it from being a total dead loss. Bright scenes, for instance, look vibrant, dynamic and engaging, immediately making the TV a safe bet for a diet of predominantly daytime TV. The colour palette is reasonably extensive too, looking rich and fully saturated during vibrant Pirates of the Caribbean scenes such as the one where Jack and Will are captured by an ‘army’ of red-coated soldiers. It also manages to display some unusually (for this price point) credible subtle flesh tones, even during darker scenes.


Bright HD scenes also reveal the 32C3030D to have a decent taste for fine detail, as it’s possible to make out every ripple on the ocean surface as Captain Jack and Elizabeth are forced to walk the plank. 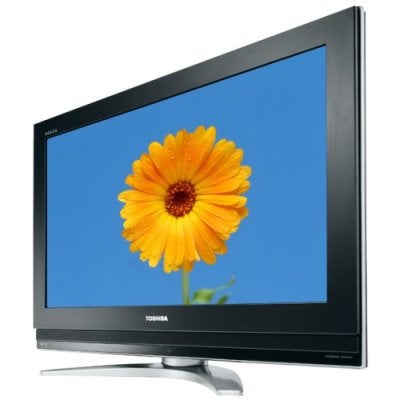 Jack’s numerous swashbuckling antics, meanwhile, are portrayed with less resolution loss and smearing than we might have expected from such an affordable LCD TV. That’s not to say we didn’t feel the loss of the ‘M100′ 100Hz component found on some of Toshiba’s previous generation of LCD TVs (and which is set to reappear on upcoming models further up the new range). But we certainly only seldom felt truly distracted by any motion-handling problems.


The strengths we’ve described just about raise the 32C3030D’s pictures back up to average levels – and that’s pretty much where we’re at with its audio, too. The sound is reasonably punchy and clear, with some decent treble handling, but a fairly marked lack of bass response means that provided subwoofer output soon starts to look tempting.


Toshiba’s first truly budget LCD TV is a fair stab at balancing performance with price. But we can’t help but feel that one or two other brands – most notably Samsung – do the cut-price thing rather better.