Good grief. I know the Christmas sales have started early this year, but a 26in LCD TV from a respected brand being flogged off for under £300? Surely somebody somewhere is losing their commercial marbles.


Not that I’m complaining, of course. For prices that look like a disaster for stores and manufacturers inevitably look rather like a bargain to your average, cash-strapped punter. So let’s just hope the 26AV505DB can serve up a side order of good performance standards to go with its wallet-lovingly low £299 price. For if it can it could well be that more than a few Christmas stockings around the UK will be bulging with a decidedly rectangular 26in shape come December 25th.


It has to be said, though, that the 26AV505DB to some extent looks its money. For starters, it has no truck whatsoever with the current fad towards slenderness, sticking out further round the back than most new 50in TVs. It also feels a touch flimsy in its vaguely glossy plastic bodywork. To be fair, though, the TV’s actual sculpting, while hardly something Michelangelo would be proud of, is at least cute enough to prevent the set from actually offending the eye. 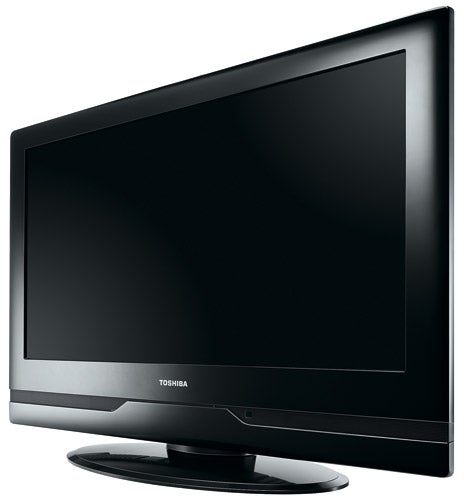 When it comes to connections, the 26AV505DB betrays its budget roots a little by only including two HDMI inputs when we’re increasingly starting to expect three as standard. What’s more, it compounds this by not providing a D-Sub PC port, meaning that anyone wanting to double the 26AV505DB up as a computer monitor will have to use one of the precious HDMIs.


However, while not ideal, these limitations are arguably just about acceptable for the second room scenario most 26in TVs will probably find themselves in. And there is at least a component video input (as demanded by the HD Ready specification) to provide an analogue alternative to the two digital HD and progressive scan inputs.


Of course, claimed contrast ratio figures always have to be treated with a pinch of salt, given the lack of any industry consistency in how they’re measured. But at the very least the 30,000:1 figure Toshiba is claiming here reveals that the TV is using a dynamic backlight system to boost its black level response – an important feature that I wouldn’t necessarily have taken as a given at the 26AV505DB’s price level.

Two key features of higher-specced Toshiba TVs that the 26AV505DB certainly does NOT have, though, are any sort of 100Hz processing, and Toshiba’s Active Vision LCD system, with its focus on improving colours, details, contrast and motion handling. Hopefully the loss of these two important video processing tools won’t be felt too keenly.


Heading into the TV’s slightly small onscreen menus reveals that the 26AV505DB isn’t wholly without user tweaks, though. You can, for instance, opt to deactivate the dynamic backlight system if you’re finding its brightness dimming (during dark scenes) too aggressive or distracting. There’s also a 3D Colour Management tool that lets you tweak the individual colour elements of the overall picture, as well as both standard and MPEG noise reduction routines, various thematic picture presets, and a contrast booster.


What really matters about the 26AV505DB, though, is that its picture performance is very far indeed from the disaster ground I’d feared it might be. 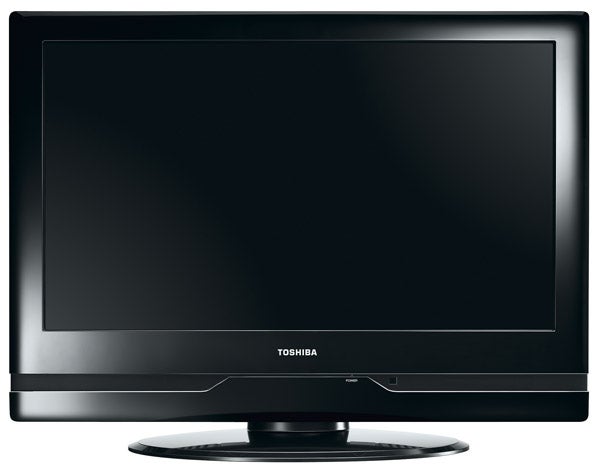 The proof of this can be seen in three key areas: black levels, motion handling and colour response. For while not actually excelling in any of these crucial departments, the 26AV505DB certainly handles them better than any of the uber-budget competition.


With black levels, for instance, while there’s definitely a degree of greyness over dark scenes, such as the one in ”Batman Begins” where The Scarecrow sprays his hallucinogen into Batman’s face, that degree of greyness isn’t severe enough to really disconnect you from what you’re watching. It just hides a few background shadow details and leaves dark scenes marginally short of depth versus the best LCD TVs – none of which is remotely unacceptable for the 26AV505DB’s money.


Especially since there’s also precious little evidence of overt backlight ‘jumping’ caused by the dynamic backlight, and no sign of the dreaded backlight pooling problems that have so blighted one or two other TVs I’ve seen recently.


In terms of motion, again it’s a matter of degrees. For while there certainly is evidence of motion blur, with both standard and high definition sources, it’s seldom if ever really nastily distracting. In fact, it’s minimal enough that you kind of get used to it over time. So while I would obviously have loved 100Hz processing or something similar to keep motion blur out completely, the absence of such features doesn’t seem too high a price to pay for the 26AV505DB’s raw affordability.

As for colours, they’re actually quite natural in tone, even during dark scenes, and even when watching standard definition. Naturally there are richer, more vibrant, more accurate and more subtly delineated colours to be found on some higher-end LCD TVs. But again the point is that the 26AV505DB comfortably outperforms my expectations of what sort of picture quality a £300 26in LCD TV could muster.


Turning to other areas of the picture performance, while a bit more image processing power might have helped HD pictures on the 26AV505DB look better than they do, at least they look sharp and detailed enough to be easily identifiable as HD – not something you can always depend on at this sort of screen size/price level. 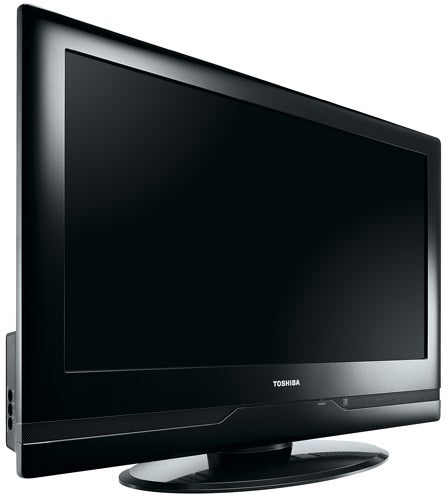 At the other end of the spectrum, the smallness of the screen may help explain why standard definition pictures look less rough and ready than they tend to on some of Toshiba’s bigger, more well-specified TVs.


Turning to the 26AV505DB’s audio, it doesn’t impress as much as the TV’s visuals. The 2x7W power rating kind of implies that the soundstage will sound a bit thin and poppy when the going gets tough. And that’s exactly how it comes over during a few Gears of War 2 set-pieces, with a definite lack of bass range and soundstage scale clearly in evidence. Still, on the upside the set doesn’t actually distort or drop out completely, and undemanding ‘typical’ daytime TV fodder sounds just fine.


The 26AV505DB isn’t a special TV. It doesn’t excel in any performance department, or have any cutting edge features. But at the same time it doesn’t actually do anything really badly wrong. And when you’re talking about a 26in TV that costs a mere £299, not actually doing anything badly wrong is potentially a minor miracle. At the very least, it makes the set look like a tasty main Christmas present option for any well-behaved teenager or significant others in your life.