Unabashed home cinema groupies that we are, we’re generally drawn to the larger things in TV life. But we don’t focus exclusively on king-sized TVs for the simple reason that there’s also a place in any modern home for second or third screens in, say, a kitchen, bedroom or study.


Which leads us not particularly neatly to the subject of today’s TV review: the Toshiba 20W330DB.


As its name suggests, this is a 20in LCD TV. What’s more, with its single HDMI input, component video input, widescreen design and native resolution of 1,366 x 768, it’s also an HD Ready 20in LCD TV – perfect for Sky HD multi-room playback, for connecting up an HD games console, or for connecting a second Blu-ray player (if you’re lucky) or an upscaling DVD player (more likely). 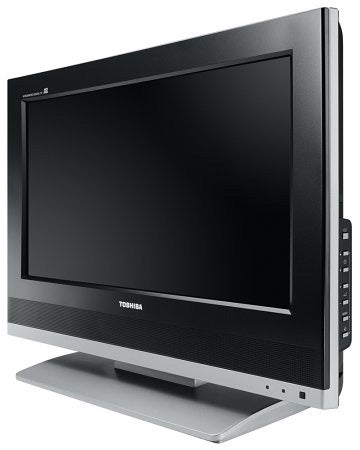 Actually, having just reeled those three HD sources off I guess providing just one HDMI input on the 20W300DB is arguably a little stingy on Toshiba’s part. But then let’s not forget that at under £250 the 20W330DB is unusually cheap for an HD Ready 20in TV from a mainstream brand, so you have to accept compromises somewhere. And if push comes to shove, we’d take a compromise that requires us to occasionally swap HDMI connections over crappy picture quality any day.


Aesthetically the 20W330DB is likeable enough. Its matt black bezel contrasts nicely with the matt silver applied to a strip along the bottom edge and the desktop stand, and the thing feels pretty well built – if surprisingly fat around the back. I should add, though, that I’m always a sucker for a little gloss on a TV versus this Tosh’s all-matt finish. And the final look does perhaps appear more ‘PC monitor’ than ‘TV’.


Just as well, then, that the set carries a D-Sub input for direct PC connection. This connection also, of course, ensures that the 20W330DB is equally at home in a study as it is in a bedroom. In fact, the way it can do double duty as a monitor or a TV makes its lowly price look even more remarkable.


At £250 I certainly wouldn’t necessarily expect to find a digital tuner built in, but it’s got one all the same, complete with pretty much all the electronic programme guide functionality that we now expect as standard from such a device.

So far, so good. But there’s more good news to come in the form of a respectable-looking claimed native contrast ratio of 700:1. Please note, though, that the 700:1 contrast ratio is as high as it gets, since unlike many larger screens, the 20W330DB does not feature a dynamic backlight system for reducing light output during dark scenes (a trick which helps make black levels appear deeper).


Not surprisingly given its price point, the 20W330DB’s rather dated-looking onscreen menus aren’t exactly over-run with features. The only slightly interesting elements on offer are a movie mode that tweaks the progressive scan processing to accommodate film as opposed to video sources; MPEG noise reduction for reducing blocking artefacts when viewing the digital tuner; and an optional ‘3D comb filter’ for reducing further video noise types.


Where the 20W330DB certainly does get interesting, though, is with its picture quality, which rates as good by any 20in standards, but nothing short of excellent considering it costs you the princely sum of £250. 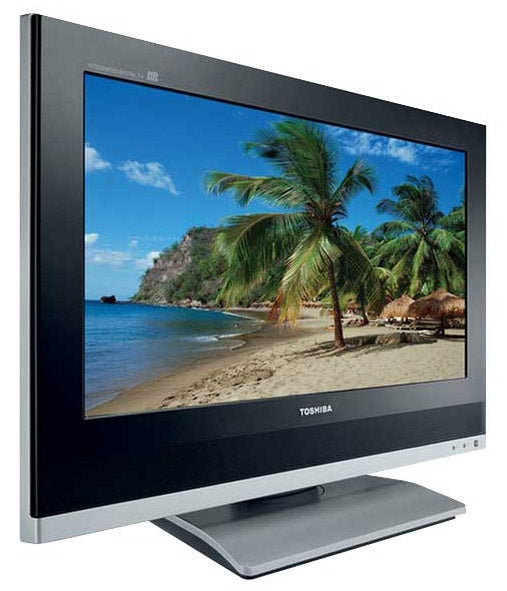 Two things in particular help the 20W330DB’s images stand out from the budget LCD crowd: their relative freedom from motion blur, and their relatively profound black level response. Regarding the former strength, during one of Sky’s HD Premiership Rugby matches I was constantly surprised by how little the players blurred as they charged around the pitch, or threw the ball around.


Obviously there is still SOME residual resolution loss to report over motion; after all, even the most high-end of LCD screens still find the technology’s motion handling shortcomings tricky to overcome. But the Toshiba’s blurring or softness is seldom severely distracting.


When it comes to black level, dark scenes in a film, such as the night-time shots at the end of the recent Sky HD broadcast of ”Titanic”, definitely suffer less from that common grey cloudiness that afflicts budget LCDs. Again I have to stress that I’m not saying that there’s no clouding at all; just that the 20W330DB outperforms every affordably priced small-screen rival I can think of.


Given this relative black level talent, it comes as no great surprise to find that the 20W330DB also does very well with colours. Skin tones look surprisingly natural regardless of whether you’re watching HD or standard def, while colour blends look smooth and clean thanks to a combination of some clearly decent colour processing and that 1,366 x 768 pixel density spanning the TV’s 20in screen. Vibrant hues, such as those of the recent Man U vs Liverpool Premiership match, also look enjoyably bright and fulsomely saturated.

Yet more good news finds the 20W330DB doing a fine job of suppressing the noise inherent to many standard definition broadcasts, and showing HD devoid of the graininess with which it can appear on lesser TVs.


Aside from the black level and motion not being perfect, the only significant problem I could find with the 20W330DB’s pictures was that they didn’t look quite as sharp as I’d have liked with high definition. Obviously there’s a limit to how much you’re ever going to enjoy the ‘HD advantage’ on a screen as small as 20in, but I would have expected to see just a little more extra crispness and detail when switching between my HD and SD sources. 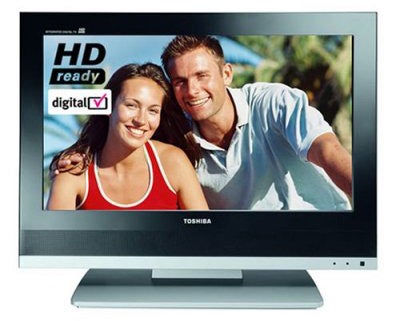 When it comes to sound, it’s fair to say that the vast majority of budget LCD TVs sound absolutely awful. So it’s nice – sort of – to find the 20W330DB bucking this trend by being only very, very average! What this means is that while there’s a little more bass in the soundstage than is usual at this sort of screen size and the speakers tend not to distort as badly as might be expected during action scenes, the maximum volume output is very limited, and dialogue can become easily overwhelmed.


Although inevitably the 20W330DB can’t break free of all the usual small, budget LCD TV shackles, it certainly outperforms its price point comfortably enough to make it a really great value second-room option.