So pervasive has the UK’s quest for high definition become that even screens as small as 15in are feeling the need to pack HD resolutions – regardless of whether it’s truly possible to perceive the ‘HD difference’ at such a puny screen size.


Toshiba’s new 19AV505D is just such a ‘small screen, big resolution’ product, cramming 1,440 x 900 pixels into its widescreen 19in frame. The question is, will this resolution turn out to be more than just a gimmick?


The reams of pixels have, at least, found their way into what is by small TV standards a pretty attractive home. Far too many small TVs still look like reworked PC monitors, but this Toshiba’s gloss-black finish, tastefully rounded corners and gently curved bezel is clearly designed specifically with a domestic environment in mind. 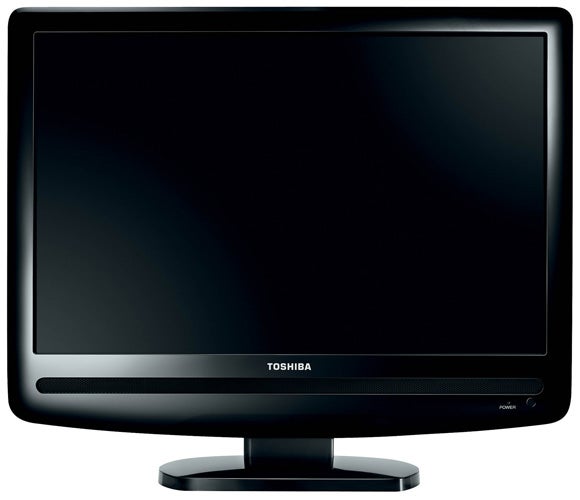 As we’re increasingly starting to expect as standard, even on small TVs, the 19AV505D carries both Freeview digital and analogue tuners, and HDMI support. There’s actually only one HDMI here, but while we might wish for more, the reality is that the vast majority of small TVs only carry one, and so the 19AV505D can’t fairly be bashed too hard for its HDMI stinginess.


That said, the potential pressure on the solitary HDMI merely grows as it turns out there’s no separate D-Sub PC input either. In other words, the HDMI has to do PC as well as video duties, potentially entailing quite a bit of cable swapping if you’re using the 19AV505D in a study.


Surprisingly for what is, after all, a very affordable 19in TV, the 19AV505D has one or two surprisingly handy features up its sleeves.


Probably its most significant trick is its dynamic contrast system, whereby the backlight is automatically dimmed when dark scenes are detected in a bid to counter LCD’s traditional problems with reproducing convincing black colours.


Regular readers will know that these sort of dynamic contrast arrangements are far from rare in the LCD world. However, while they’re pretty much standard issue on large screen TVs – 26in and bigger – they’re actually quite rare on smaller TVs, presumably because manufacturers just don’t see such picture quality ‘niceties’ as black level response as being particularly important on small screens. Or at least, they don’t see it as being as important as stripping features back to keep prices low. Anyway, the Toshiba’s Dynamic Contrast feature is there, it works, and it promises a healthy claimed contrast ratio of 8,500:1. Cool.

Not surprisingly the set’s brightness is no great shakes at 300cd/m2, but experience suggests that if you try to get too much brightness out of a small LCD screen, pictures can become a bit flared and ‘whited out’.


Heading into the 19AV505D’s crisp if slightly small onscreen menus, there’s a 3D colour management feature that allows you to tweak pretty much every element of the picture’s colour tones, plus such really quite hardcore niceties as a Cinema Mode for tweaking the progressive scanning to suit film as opposed to video sources; a Black/White expansion processor; and two separate noise reduction circuits: one for MPEG noise from digital tuner broadcasts, and one for reducing more general video noise types.


One final little feature worth mentioning – though probably more for humour value than actual usefulness – is a bass booster. If the 19AV505D actually manages to produce anything resembling genuine bass with the help of this feature, then it will immediately have outperformed the audio of 99.9% of the small LCD world!


Anyway, in most ways that really matter at the diddy end of the TV market, the 19AV50DB is a very nice performer. 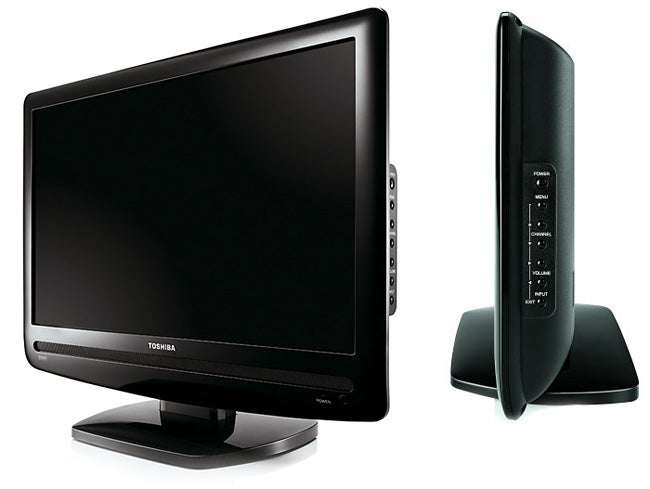 Particularly impressive are its black levels, with that dynamic contrast arrangement helping it deliver black levels even richer than those of the also impressive Sharp 19D1E we tested recently. And so during the flight of the ill-fated insect at the start of ”Men In Black” on Blu-ray, the night sky behind it looks genuinely like a night sky, rather than a bank of grey mist.


This means you can actually make out a few background details during such dark scenes, too, helping the 19AV505D produce a much greater sense of image depth than is common at this end of the market.


We’ve often pointed out that good black levels often lead to good colours, and the 19AV505D reaffirms this with colours that impress hugely for both their vibrancy and, more crucially, their naturalism.


Many small TVs really lose their way with colours, erring towards the sort of over-saturated tones and temperatures favoured by the PC world. But the 19AV505D managed to keep looking surprisingly credible at all times during our ”Men In Black” run-through, even when handling skin tones during night-time sequences.


Also impressive in respect of colours is how well their tones hold up while watching ordinary, standard definition TV. A surprising number of LCD TVs both big and small tend to lose colour tone accuracy when rescaling standard definition to HD Ready resolutions, but not the 19AV505D.

Even the 19AV505D’s motion handling is tidy, with far less of LCD’s customary loss of resolution over moving objects than we would have expected. Even the tennis balls whizzing past Andy Murray as he was dumped unceremoniously out of the Olympics in the first round managed to look decently crisp.


The lack of motion blur reinforces a general sense of crispness with the 19AV505D’s pictures that extends to both its HD and standard def sources. In fact, standard def images are so sharp they don’t look all that much muckier than high definition ones for much of the time. 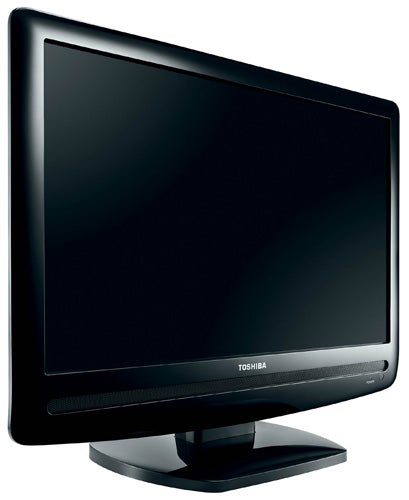 There are little niggles to be found, though, if you look for them. The most recurringly annoying one during our tests was the appearance of backlight seepage from all four sides of the screen, but especially the top and bottom edges. This isn’t noticeable during bright scenes, but as the alien bug tries to escape Earth near the end of ”Men in Black”, the tell-tale stripes of greyness are all too apparent at the picture’s extremities.


The 19AV505D’s picture also tends to judder a bit when watching HD footage, regardless of what Cinema mode you’re using, and finally really bright patches of a picture can look bleached out.


Sonically the 19AV505D rather lives down to our expectations, as its puny bodywork just doesn’t allow the set to reproduce a meaty audio track with any real power, venom or, especially, bass. Even easy-going stuff such as an in-studio news broadcast can sound slightly odd thanks to the TV’s tendency to over-stress the higher parts of the audio register.


Despite falling prey to the weak audio situation so common on small LCD TVs, the 19AV505D remains a sometimes excellent and always very likeable 19in TV that only falls short of outgunning even the impressive Sharp 19D1E on account of that aggravating light spillage issue.