The spiritual successor to 1999’s Planescape: Torment, Torment: Tides of Numenera is an absolutely massive role-playing game that priorities talking over fighting. For some – no, most – that might be a turnoff, especially for the console audience, but the game’s niche appeal also happens to be its greatest asset.

Developer inXile has nailed the feeling of something that’s all-encompassing and immersive, but you’ll need to put aside both a lot of time and any preconceptions of normal fantasy. The former is easy enough – if you’re a cRPG fan, you’re almost certainly used to sinking hundreds of hours into the games you love – but the latter is central to Tides of Numenera’s unique personality.

Set on Earth over 1 billion years in the future, Numenera’s world is a mish-mash of different influences that comes out feeling entirely distinct. After several empires and civilisations have risen and fallen over the course of the game’s extensive and storied history, the world you enter at the beginning of the game is one of scattered relics (the eponymous Numenera) and bizarre outposts. There’s even a city, called The Bloom, which is set in the belly of some enormous beast. Gastro-urban living is real in Tides of Numenera, and its mix of medieval and futuristic tech is wonderful to explore. 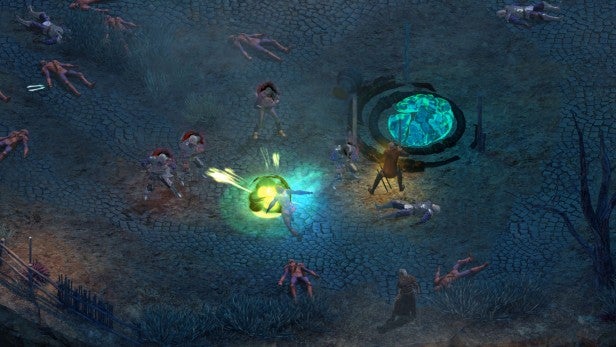 You play as The Last Castoff, who’s a human once possessed by an ancient man who achieved an indirect form of immortality by discovering a way to transfer between bodies. Upon being discarded by this “Changing God” you lose all memory of previous events so have to travel the world discovering what’s gone on, finding other Castoffs as you go, while also avoiding The Sorrow – a mysterious demonic life force that’s chasing you – other Castoffs, and also the Changing God himself.

As setups go it’s an interesting one that often had me lost within the first few hours, but it successfully paves the way for Numenera’s bizarre time-hopping story to unfold.

The game’s weirdness comes with some notable considerations, too. Firstly, the game is incredibly deep, and you’ll need to do a huge amount of reading in order to keep up with the ton of information that gets thrown at you. There’s almost no hand holding in terms of lore, and no encyclopedia or chat log to keep track of everything you’ve said, everyone you’ve met, and every place you’ve been. The result is a lot of careful, slow reading, and this greatly affects the pace of the game.

Luckily, the writing itself is brilliant, with untold levels of detail and flourish that reaches a level of nuance that voice acting simply can’t. Descriptions of a character’s lips for example add a level of detail that’s rarely seen in games, and I loved trawling through every conversation even though, at times, it was too much.

You just have to accept that and only play Tides of Numenera when you’re fully awake: there’s so much reading here, but it’s all basically mandatory stuff because you never know when a vital tidbit of information is going to come out in a conversation. It’s a shame there’s no voice acting, but it allows the writing to go to town. 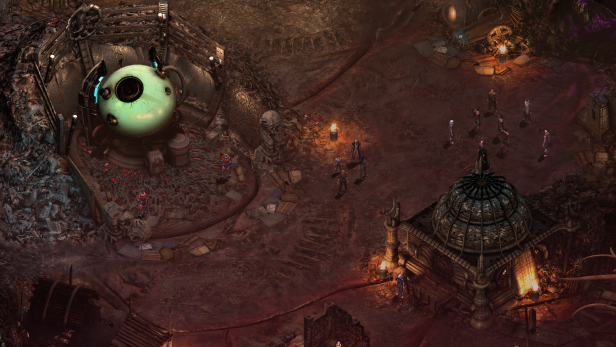 What made it more bearable was the fact that quests are a little less obscure than they are in similar games. I personally found the first few hours of Divinity: Original Sin to be a lot harder to figure out and get my bearings in terms of quest objectives and next steps. In Tides, the journal does a good job of keeping you up to speed on characters you should be paying an interest to, and the locations themselves are easy enough to get around that you don’t spend hours searching for one NPC.

Secondly, Tides of Numenera takes many standard ideas from role playing games, like morality and choice, and adds interesting layers on top of these mechanics. The game’s ‘tides’ system (from the title, obviously), for example, is a five-way morality mechanic that sees you defining your character with dominant traits.

There’s gold, blue, silver, indigo and red, and your responses and actions will all have varying different effects. Gold is the dominant tide for charitable good deeds, for example, and the clearest way to identify your character as “good”. But with two dominant tides for your character, the system is far more nuanced than it is in similar games.

This was confusing to me at first, and in some cases still is, but the key is remembering that these are simply more in-depth versions of systems you’ve probably played around with before, just with silly names. Effort is the name for your points pool, for example, used for carrying out abilities both in and out of combat. Run out of effort and you’ll need to find some place to sleep.

Combat comes in the form of Crises, but these violent encounters are pretty rare. When combat does crop up you’ll find it to be “just okay” rather than excelling at any key function. It’s turn based and slow paced, playing a little like the aforementioned Divinity, but without the excitement and dynamism of that game’s punishing fights. In a way this is a shame, diminishing the scope of choices you want to make in any given scenario. On the other hand, this actually encourages you to stick to conversation, which is where Numenera is by far at its best. 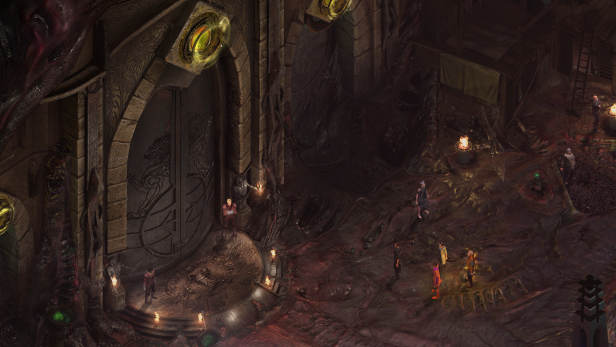 Regardless of the lacking combat, you’ll find that there’s a huge amount of choice packed into every part of the game. When I created my character I chose an ability that let me scan the thoughts of NPCs, meaning I can glean bits of information they otherwise wouldn’t reveal during conversations.

Then, at one point later, I angered some Cultists who I tried (and failed) to deceive, which meant they treated me completely differently to how they were treating another player I’ve spoken to, comparing our different play-throughs of the game. Your own party will even make long lasting and often drastic decisions of their own based on how you approach the game, so you need to consider every single decision you make.

In my review in progress I also noted that the console version had some technical problems with low frame rate and a general sense of judder that left the action –– even the basic act of movement –– feeling unpleasant. Thankfully, none of those issues exist on PC where everything is really smooth. If you have the option of playing on PC, go for that. Console isn’t awful, but it’s worth noting that it’s clearly had some compromises in the port.

The result is a game that packs meaning into almost everything you do. It doesn’t surpass the emotional heights of its late 90s forebear, but Numenera’s incredibly distinct world and unique approach to gameplay offer something really untraditional to sink your time, thoughts and choices into. For RPG fans this is super exciting, and will be sure to entertain across multiple playthroughs over dozens, if not hundreds of hours.