Available on Xbox One (tested) and PS4
The obvious risk for anyone reviewing Tony Hawk’s Pro Skater 5 is that you end up talking about the bugs rather than the game. Having witnessed some of the collision issues, sudden crashes, audio glitches, visual glitches and mission markers that suddenly fail to work, we can confirm that this is one of the most broken releases from a major publisher in years, and a pretty shameful piece of work all round.

Yet we won’t tell you not to buy Tony Hawks Pro Skater 5 because it’s a train wreck, but for another reason. Even if Activision and Robomodo fixed it tomorrow, it still wouldn’t be any fun to play.

You can see the logic at work here. For years fans have complained that the Tony Hawks series strayed too far away from the lean, trick-focused original games. First we had the Underground games – all gnarly dude attitude and bad punk rock.

Then we had the open world era, with American Wasteland, Project 8 and Proving Ground. These took the series in new directions – not always unsuccessfully – but diluted much of what the fans loved.

Finally, we had Ride and the cancelled Shred; games pushed by Activision when the plastic peripherals craze was at its height and a board controller seemed like a good idea. It turned out that it wasn’t. 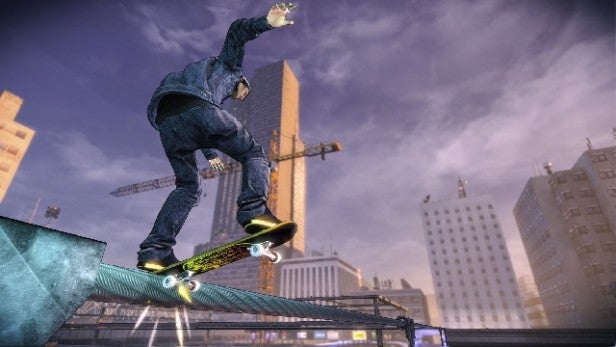 Robomodo delivered the HD remake of the original Pro Skater in 2012, and Pro Skater 5 is in many ways a continuation. It’s a back to basics game of tricks, grinds and combos putting real-world skaters in environments reminiscent of the much-loved levels from the original series. It has customisation features and even a DIY level designer. It’s also built with online play in mind. This definitely sounds like the game fans say they want.

Sadly, any positive vibes begin evaporating within seconds of watching the first level load – followed by the high-res textures a second or so later. It doesn’t help that Pro Skater 5 is dumb enough to put its worst-looking level first, but what you’re greeted with is an ugly mess of boxy architecture and brown industrial textures, peopled by skaters who could have walked straight from the early PS3 games bar a resolution upgrade to 1080p. The lighting might actually be worse than it was in Project 8. Amazingly, these basic visuals don’t even run smoothly, with frame-rates stuttering occasionally as you skate around. 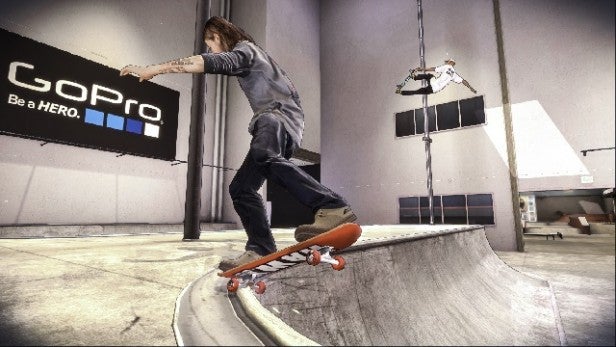 By default you play online while in freeskate mode on a level, then go off solo or in groups to play the various missions, activated by holding X/square when near a mission marker or selected from a menu if you don’t feel like roaming around. However, there’s no reason to. Unless you meet up with friends it’s not a social game, and starting a private session reduces some of the stuttering in the action.

Of course, it’s the gameplay that really matters, but even here Robomodo has gone wrong. Each area has a handful of freeskate challenges to complete – collect the SKATE and COMBO letters, find hidden objects, that sort of thing – but also a range of missions.

Some of these are quite entertaining, asking you to collect ice creams or marshmallows then take you to a marked area without crashing out, or doing stunts to stop your head from swelling and exploding for as long as possible.

Others are straighter high-score challenges, while the most annoying are hoop races or timed destruction tasks. The problem is that you need to get fifteen stars from these missions to unlock the next level, and while that means you can scrape through, say, five of the missions by the skin of your teeth with a one-star, amateur ranking, you need to do the rest at two-star, professional level to proceed. 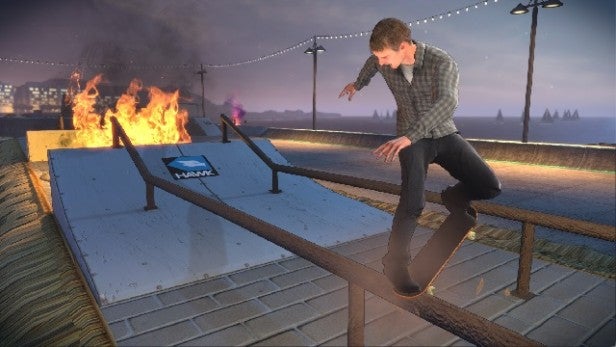 This would be fine if doing so were easy, but Pro Skater 5 seems determined to wrongfoot you at every opportunity. This is a game that demands precise, responsive, predictable controls, but instead they’re loose and sometimes unresponsive, with a Y/triangle button that doubles as a grind and ground stomp (you can guess the problem) and tricky wranglings for twists, reverts and manuals.

Throw in awful turning circles and seemingly simple tasks become a nightmare. By the second area you start developing strategies to maximise the stars on the missions you hate least so that you can avoid spending too much time on those you hate the most.

Alternatively, you could just abort the game and do something more fun. Come back Godzilla, you’re suddenly looking pretty good!

Honestly, I’ve never played a game where grinding becomes so much a grind. Customising your character, spending points to improve their stats, will help take some of the pain away but, trust me – simply playing Pro Skater 5 is a chore. To make it worse, every mission start and restart involves two delays; one to reload and refresh the area and one to actually restart the mission. Why? 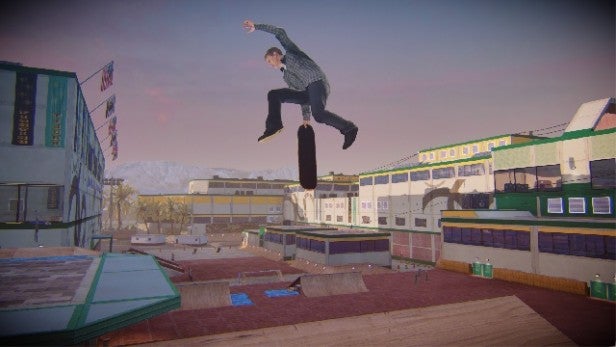 It’s hard to know how so much has gone wrong here. The levels we’ve played (we’re not suckers for punishment) have no flow to them, the stars no charisma. The missions soon grow dull and repetitive, and skating has never seemed so lacking in glamour.

Even the soundtrack wears thin within a couple of hours.

Where other reboots have bought back the flavour of earlier games but with a modern presentation, Pro Skater 5 seems content to recreate the same experience in larger environments with fairly meagre visual enhancements – and even then it fails.

Between the poor, dated visuals and a game structure that’s guaranteed to aggravate, playing it might be the least fun you can have on a current-gen games console. Avoid doing so at all costs.