Available on Xbox Live Arcade
It’s nearly thirteen years since the original Tony Hawk Pro Skater arrived on the first PlayStation console, and what was once one of the biggest brands in gaming has descended into ignominy, its good name wrecked by the skateboard peripheral horrors of Tony Hawk: Ride and Tony Hawk: Shred. Some say the rot set in with Tony Hawk’s Proving Ground in 2007, while others would date it further back, to the Underground and American Wasteland games. Either way, it’s a series ripe for a reboot, and there’s no shortage of hardcore fans wishing that the game would drop all the peripheral/free-roaming/snowboarding/comedy/story-based nonsense, and simply go back to what made Tony Hawk work in the beginning. 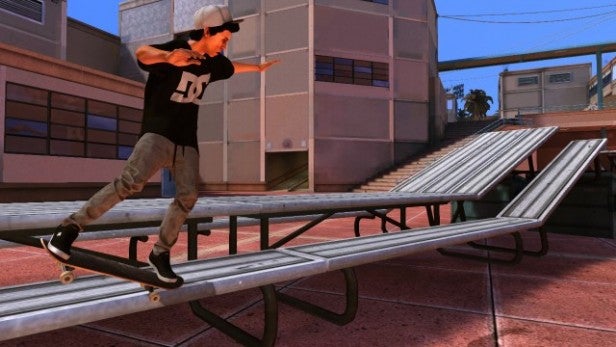 With Pro Skater HD they’ve got their wish. This year’s first Xbox Live Summer of Arcade title isn’t quite a reboot, a remake or an HD remaster, but it takes elements from Tony Hawk Pro Skater and its sequel, updates the graphics and throws in online play. If you want a game to sate your nostalgia, it will more than do the job. If not, then you’ll still get a fine skateboarding action game, but maybe not such an excellent time.

Back to the Roots
This really is a back to basics exercise, with the single player campaign consisting of little more except seven levels, each with a number of goals, and a selection of skaters with which to complete them. At first only one level, the first game’s Warehouse, is accessible, but completing four goals in this unlocks the next one, School II, and completing four goals in that will unlock the next one, The Hangar. Goals include collecting the SKATE letters, finding other collectibles, busting stacks of barrels or boxes and pulling off enough grinds and tricks to rack up basic and pro-level high scores. The challenge? Anything you want to achieve has to be achieved within a two minute time-limit. 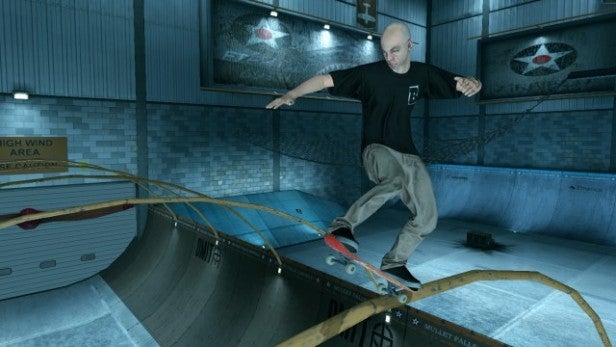 In a lot of ways, this simplicity is a strength. With no time to waste you’re forced to focus on objectives, working out the lines, tricks and combos that will give you the maximum score, or searching for the collectibles and working out the ways in which you have to reach the more difficult hall-passes or letters. The physics are more arcade than in EA’s Skate series or some later Tony Hawks titles, and the controls are simpler too, with old-school, button-based moves instead of fancy-pants right-stick manoeuvres. If you played the original games and loved them, then playing Tony Hawk Pro Skater HD is just like getting back on an old bike. Within a few minutes, everything will come back to you.

It’s addictive, too. You’ll come to each level unsure what to do, and slowly start feeling out the runs, searching for the collectibles and spotting, say, the key rails you need to grind to meet an objective. Then you’ll really go to work, finding ways to complete objectives in the time available, sometimes scraping a victory, sometimes falling short by a few seconds, then coming back for another go. The urge to have one more go and get it right next time is very powerful. 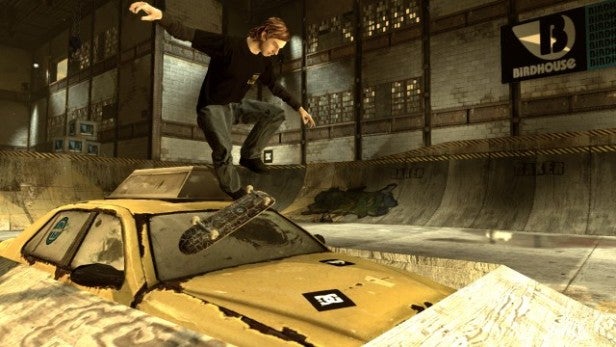 Grinding to Grind
Yet there’s also a downside. Frankly, there are times when Pro Skater HD is a bit of a grind. The way you progress through levels encourages you to just keep working away at an objective until you finish it off, and to make things worse unlocking the next level only unlocks it for the current skater, so if you want to try another face with different skills, then you’ll just have to work your way through the earlier levels first.

Despite a helpful map, some objectives are also difficult to work out unless you put a lot of time into the level. Some will counter that this style of play is true to the original, but it can still make playing the game feel like a chore. The more we played, the more we started to think rose-tinted thoughts not of the original Pro Skater, but of Tony Hawk’s Project 8 with its more relaxed, free-roaming approach and easy-going, comedy vibes. 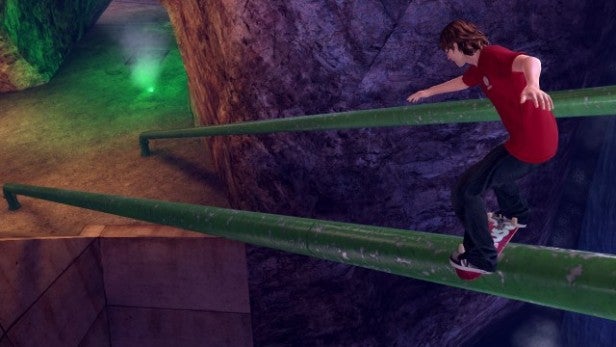 Pro Skater HD is also going to be a tough one for newbies. There’s no tutorial, no hand-holding and very little information on what to do or how to go about it, and while this won’t be a problem for those who played Pro Skater and Pro Skater 2 in their teens, it will be to those who are coming to Pro Skater HD as their first Tony Hawk.

Faults and Omissions
Still, neither of these issues will seriously put off existing fans. However, there are two things that might. Firstly, the HD graphics are a bit disappointing. The skaters and the environments have all been remodelled and reanimated, but Pro Skater HD still looks dated. Some of the textures are rough or lacking in detail, the architecture is boxy and there’s very little going on in the backgrounds. It’s clean and uncluttered, but also a little bit flat and colourless. 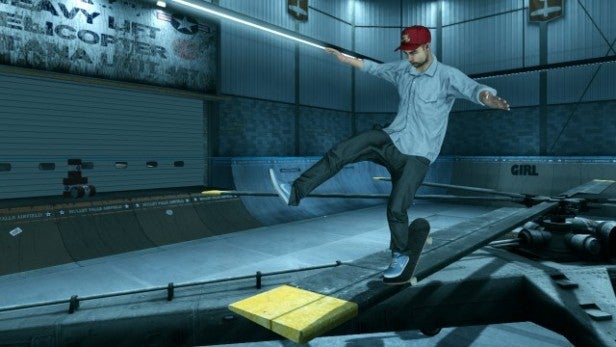 Secondly, there’s no split-screen play and no HORSE mode. You still get graffiti and straight trick-attack modes to play on Xbox Live, but a lot of players remember Tony Hawks as much for its split-screen play as the single-player action, so these are serious omissions. Throw in a limited and repetitive garage/punk/hip-hop soundtrack – admittedly one with some great tunes – and the overall lack of content and Pro Skater HD isn’t quite the triumph you might want it to be. While we might love being able to skate as an Xbox Live avatar, or unlockable game modes where you trick to stop your head exploding, there’s still just not quite enough good stuff to go around. 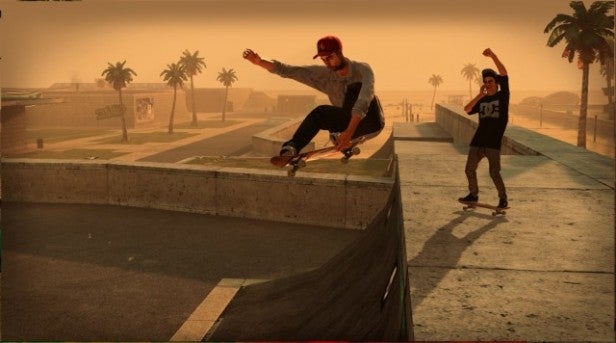 Now, this isn’t a disaster. 1200MS Points isn’t going to break the bank, and if you loved Pro Skater 1 and 2 and simply want a journey back to the good old days, then Pro Skater HD is an excellent buy. Newbies with patience and a willingness to learn the hard way will also find a lot to enjoy. Yet at the same time we have to point out that things have moved on, and that EA’s Skate 2 and Skate 3 can easily be picked up for ten to fifteen quid these days, not to mention Ubisoft’s Shaun White Skateboarding or Tony Hawk’s Project 8. If you’re not hung up on revisiting the Tony Hawks glory years, there are better skateboarding titles around.

Verdict
Taking the Tony Hawk’s series back to basics is an excellent move, but did the basics have to be quite so basic? There’s nothing wrong with the addictive gameplay, the challenging difficulty level or the fun online play, but a lack of content and the hard grind of the gameplay take away some of the magic. This is the best Tony Hawk’s game in years, but not necessarily the best skateboarding game if you’re not hung up on nostalgia.