When it ain’t broke, don’t fix it, goes the saying. It’s over-used, but as with all such maxims, there’s a nugget of eternal truth behind it. After all, why change something – like a TomTom – when it’s so incredibly good in the first place?


It’s something the sat-nav giant seems to have been trying to bear in mind with its latest generation of high-end devices: the Go x30 range’s physical design and hardware specification is identical to its forbears – only the software inside has changed. 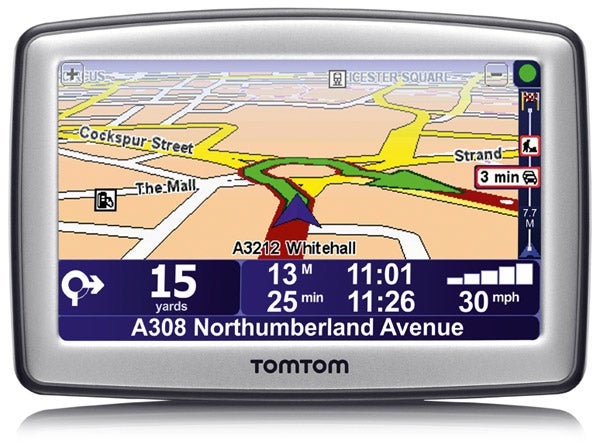 The trouble is, in the world of technology, if you don’t fix a non-broken thing you often wind up falling behind simply because your product is perceived as old-fashioned. I was disappointed to find that the x30 range had added so little to the x20 range – there’s not much to persuade people to upgrade, even though they’re still the best sat-navs around, bar none. But I was pleased to find that the next generation TomTom XL has had a more thorough revamp all round; and I’m not talking about the name. 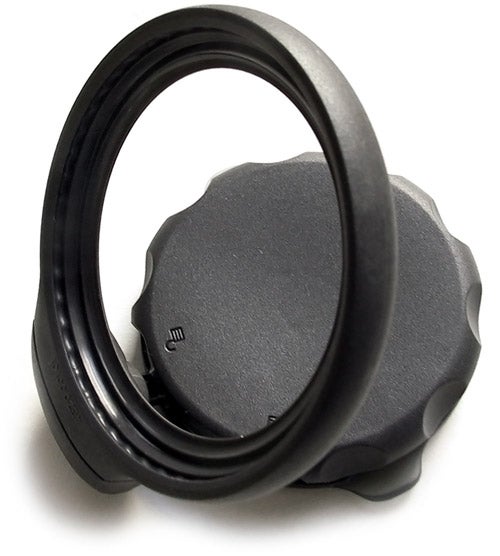 So what’s new? Well, for starters, the chassis has lost its distinctive almost-semi-circular curve. It’s still curvy, but a lot less bulbous than previous generations and that bodes well for your pocket – it’s a lot easier to carry around. It doesn’t have the soft-touch plastics of the x30 range of devices, but there other distinguishing features: on the rear is a large silver disc that protrudes a little from the chassis. This houses a new speaker that is extremely loud and clear, and doubles as the clip for the windscreen mount, which has also been completely redesigned. 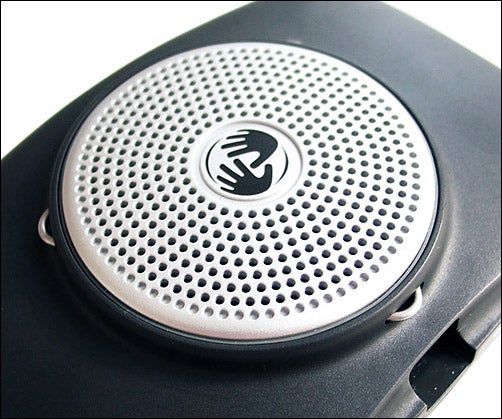 TomToms have been crying out for a better windscreen mount for some time now. Even the £400, top-of-the-range TomTom Go 930 Traffic still comes with a stubby, cheap-looking push-on mount. It works, but I find I have to reseat it every two or three days to avoid the inevitable mid-corner disengagement. The one that comes with the XL is a huge improvement. It maintains the adjustability of the previous model, but instead of using brute force to stick it to the glass, you push it on, and simply twist a ring to increase the suction and lock it to the windscreen. It’s very easy to do and didn’t drop off once while I had it in my car.


Better still, because this ‘Easyport’ mount consists of a ring on a hinge rather than a protruding gooseneck or bulky articulated arm, it can be folded flat. This means you can store it in a small glove box or snap it onto the rear of the XL when you leave the car parked in a dark and dingy multi-story.

It’s all useful stuff, but switch it on and the XL begins to look more familiar. The maps are the same slightly old-fashioned-looking ones that the rest of the TomTom range boasts. There’s no anti-aliasing on the road graphics, which gives them a jagged, unsightly look, but they’re readable and clear and that’s what really matters. The 480 x 272, 4.3in screen means there’s plenty of room, after the status bar, for the map to breathe and a welcome lack of clutter too. Behind the main map screen, the interface is again the same as the rest of the range, and just as easy to use, with large, clear icons arranged in a six-by-two grid and address entry very easy to get to grips with. 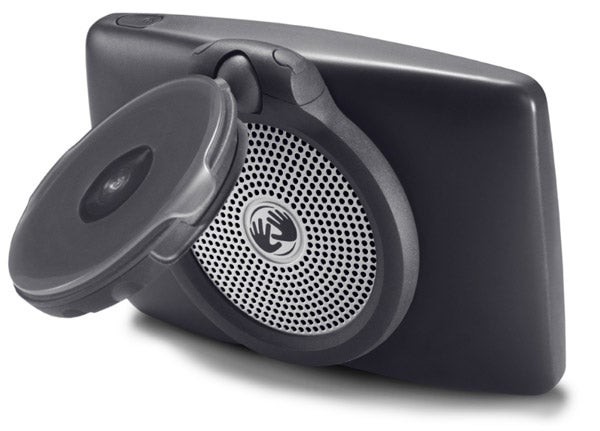 In testing, I found the screen update to be smooth, while audio instructions were delivered in a timely manner; well in advance, just in advance and just before the turning. I was never unsure as to which turning to take, especially with that crisp and clear speaker. I wasn’t able to catch the XL out with any of my test routes either. In fact, the XL appears to be just as good a navigator as the Go x20 series was, and the x10 range before it. You even get the fancy Mapshare feature that was introduced with the x20 range, which allows you to correct errors you spot in the map, upload them to TomTom’s servers and share others’ corrections to keep your maps up to date. 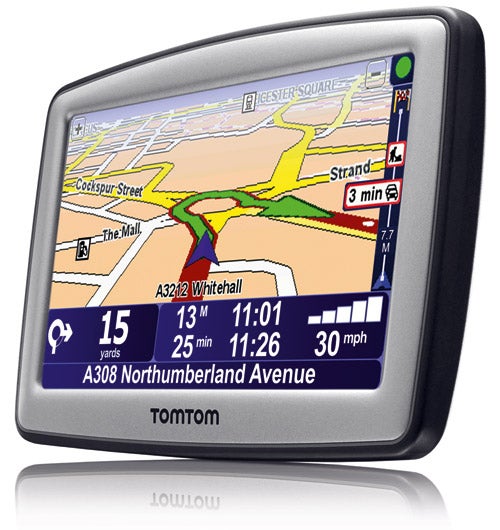 So, given that it’s considerably cheaper – at the moment it’s available at around £225 for the TMC-enabled European maps model compared with around £300 for the UK-only, non-TMC GO 530 – why would you spend more? It’s a tricky task, but I’ll give it a go.


First, you don’t get the luxury extras that you do with the x30 range: it doesn’t have the Bluetooth hands-free features of the more expensive models; it doesn’t have a music player; and there’s no FM transmitter so you can listen to instructions and music through your car stereo. If you look around the edges of the device you’ll find that there’s no SD card slot – no big loss given the lack of music player – and no 3.5mm audio output jack either.

More importantly, perhaps, it’s the navigation software that’s hobbled – and that means the XL doesn’t have the new IQ Routes planning capabilities of the x30 range. It has to estimate journey times and plan the fastest routes based on speed limits rather than recorded average speeds. It lacks other key features too. There’s no lane assistance, for example, no speech recognition and no text-to-speech engine. Dig deeper and you find that there’s no shortcut screen (the x30 and x20 range allowed you to set up customised shortcuts), and that it lacks the ambient light and noise sensors that allow its bigger brothers and sisters to automatically adjust screen brightness and speaker volume. 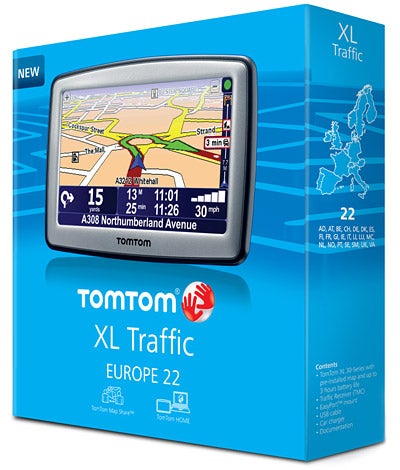 I also found that the GPS fix and general reception wasn’t quite as quite strong with the XL as it was with the TomTom Go 930 Traffic. The latter was able to achieve a fix while I was sitting at my kitchen table with only a sliver of sky on view – the TomTom XL had to be taken outside. But I never had a problem with performance while the device was in the car. It locked on quickly and without fuss every time I switched it on and routes were calculated and recalculated swiftly too.


But the key question here is: does any of this affect the XL’s ability to get you from A to B in an efficient and effective manner? The answer is no. It may not have the bells and whistles of the x30 range, or even the x20 range before it, but in most other respects it’s a highly proficient sat-nav.


Initial prices look a little dear, even though they’re a lot lower than the x30 range at around £180 for the basic UK version, but don’t let that fool you. As soon as these start to appear on the market in significant numbers, the prices will drop and then they’ll be seriously good value. Personally, I’d still rather have a 730 or 930, but this is a damned good compromise. I’d also still advise opting for a 720 if you can lay hands on one, as they’re available at around the same price, but once they run out this is the next best thing.