TomTom Rider 550 Premium Motorcycle SATNAV Lifetime World Maps + Speed Cameras
in stock
€415.95
View
Powered by Trusted Reviews
Across most of the developed world, a fair proportion of speed limit-related law enforcement has moved from human hands to the realm of machines. But where a human traffic policeman might give you the benefit of the doubt if you don’t slow down quickly enough when the limit falls on a road, a camera will merely record that you overstepped the mark, and that’s it. So a good knowledge of speed limits and where the automated systems enforcing them are located is essential for the modern driver. This is where TomTom’s Speed Cameras comes in; it’s pretty much all the app does.

TomTom’s Speed Cameras is an app for iOS only, like the company’s fully featured sat-nav app. It’s even more restrictive, though, because a mobile data connection is a necessity. So it only runs on the iPhone 3GS and above or one of the 3G iPads. It’s not compatible with the iPod Touch or wifi-only iPads. The app itself is free, but it’s entirely useless on its own. You will need to purchase a subscription, which costs £16.99 a year, although an introductory offer of one month for £1.49 is available.

With the app installed and a subscription applied, the interface couldn’t be simpler. During regular driving, a stylised road graphic fills the screen, with a speed limit sign on the right and your current speed on the left. If you’re within the limit, the speed shows in white, but if you exceed the limit it changes to light red then a darker red. We noticed that Speed Cameras wasn’t aware of the limit in some suburban side streets, except where this had been reduced to 20mph. However it should be fairly obvious the default speed is 30mph in residential neighbourhoods, and all major roads were detected correctly. 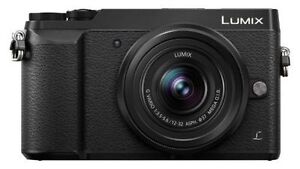 Packing an electronic viewfinder, 4K filming at 30fps and an in-built stablisation, the GX80 is one of the best compact cameras you can buy – especially with this huge discount, saving you over 50% - and its a new low price.

The main function of the app, of course, comes into play when you are
approaching a speed camera. This can be a fixed camera, a mobile camera,
a traffic light camera, or an average speed camera, although you can
also turn any of these off independently. As you near the camera, a
warning beeps and a distance countdown begins at the bottom. There’s
also an icon to show you which type of camera to look out for.
Occasionally, cameras are detected that are not on your current route,
but just around a nearby turning, which is a particularly handy
safeguard if you turn into a side street that also involves a reduction
in speed limit.

An
even more useful feature is the way average speed zones are presented.
Instead of just telling you to keep below the limit, Speed Cameras keeps
track of your current average within the zone. So if you do end up
accidentally going too fast at any point, you can peg your speed back
enough to keep the average legal. For very long average zones, this will
be very handy indeed.

Of course, the most difficult cameras to avoid are the brand new ones and the mobile ones which regularly change position. To guard against these, TomTom’s community reporting function comes into play. This allows you to press a single button to send a message that there is a new camera at the current location. You can swipe left and right to choose between reporting a new fixed or a new mobile camera.

If you are notified of a camera which no longer exists at that location,
you can report that, too. The reporting button changes from an addition
to a subtraction when a location warning is in progress, so clicking it
will have the opposite effect. Your reports are uploaded to TomTom’s
servers, and the latest data is downloaded.

It’s
worth noting that although you can obtain safety camera databases for a
number of European countries for use with TomTom Speed Cameras, there
are some notable exceptions. Switzerland and Liechenstein have outlawed
this information for some years now, and in February 2012 France did
too, although sat-nav software is allowed to warn of “danger zones”
where cameras might be, offering a randomised hypothetical location. In
the UK, though, there’s no controversy, and services such as Speed
Cameras provides are considered an additional safety provision.

Verdict
Since
its release, TomTom’s Speed Cameras hasn’t garnered the best user
reviews on the iTunes store. But we didn’t find any omissions in its
listing during our testing around London and the Home Counties. The
issues mostly revolve around how quickly new mobile camera locations are
added to the database. With a system that relies heavily on user
reporting like this, you need user participation to make the service a
real success, and it’s early days for Speed Cameras. There are also free
alternatives that have a decent reputation, such as CamerAlert from
PocketGPSWorld.com. TomTom Speed Cameras has a great interface, and is
well worth the £1.49 trial. But we’d recommend trying the other options
too before purchasing the annual subscription.