When TomTom launched the Runner last year the only way you could sync data was through the TomTom MySport web tool. Since then TomTom has added smartphone app support, although it’s currently only available for iPhone users. Here you can sync data from your watch over Bluetooth by going through a simple pairing process, which requires typing up a small numerical code to establish the connection.

It’s a pretty basic app and is more about logging recorded data than taking your phone out with you to record in real-time. There’s a simple drop-down menu over on the left where you can view activities, account information, watch status and more importantly update the QuickGPS technology. This is integral to maintaining how well and quick the GPS locks on. 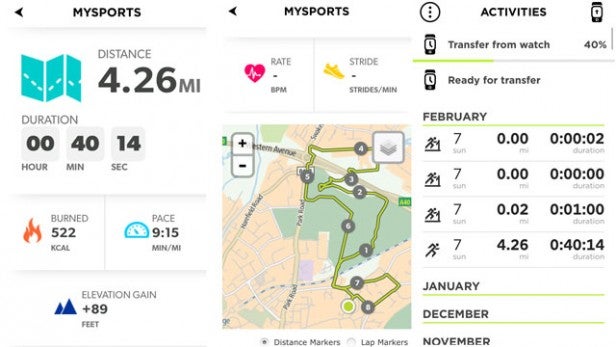 Opening the logged activities will show information on distance, duration, calories burned, pace, elevation, heart rate, stride and a map of your run with the ability to see lap and distance markers.

Uploading data is relatively easy, although when you try to find the data in the right place it’s a little more troubling. It may have been to do with the fact that we already had a TomTom running watch already synced to the app and while it allows for multiple watches, finding the most recently uploaded data was quite difficult.

As mentioned, the web tool is still available and it hasn’t drastically changed. You still get a dashboard collating the last logged run, details on the heart rate zones, a list of your activities and a profile page. It still feels very threadbare in terms of real use you can get out of it. Maybe adding some form of coaching tool for beginner runners would make a nice addition in the future.

Setting up the Runner Cardio is near identical to the Runner. You still need to download the TomTom MySport download manager to your PC or Mac and connect the watch via the docking cradle to sync and register. Once disconnected, you’ll be prompted to add the necessary profile and metric data on the watch itself like date of birth, weight, and height. It’s all pretty standard stuff here and once the watch is charged you are ready to go. 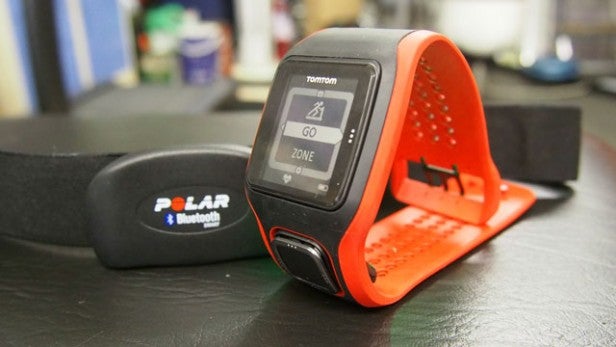 The first thing we tested was the reliability of the GPS receiver. Running watches packed with GPS are renowned for taking some time to pick up a signal. especially in built up areas. TomTom’s solution to this is using similar QuickGPS technology found in its satnavs to establish a connection much quicker.

TomTom also suggests you regularly update the QuickGPS information, which thankfully can now be done via the iPhone app as well. Running with it against the original TomTom Runner, the Cardio similarly impressed taking around two to three minutes in just over a week of testing to pick up a signal and sometimes was actually less even running in Central London.

As for distance tracking, we again tested it against the original Runner, which we have used in races and know to be accurate for this and again it comes up good especially when you are outdoors. When you take the running indoors the Runner Cardio produces more accurate readings than the original Runner, which can at times offer some erratic readings running on a treadmill. 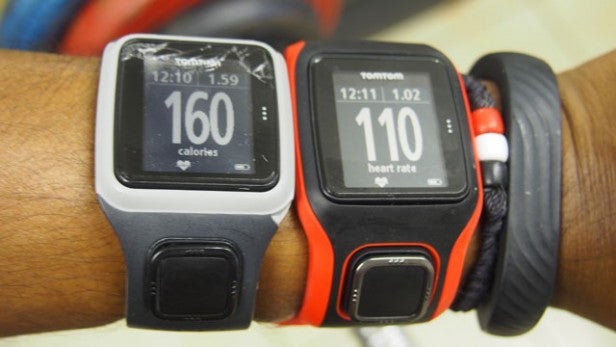 Moving onto the accuracy of the heart rate monitor, we weren’t able to compare it to medical equipment used for reading heart rate measurements. Instead to tested it against the Polar H7 Bluetooth Smart heart rate monitor chest strap connected it to the TomTom Runner.

In our outdoor runs, the bpm readings were near identical, although there’s the odd BPM readings when we took the running back indoors that eventually level itself out. Overall, though, we were happy with the results and the new heart rate zones is a really good way of motivating you to keep to your fastest pace.

The Runner Cardio promises up to eight hours when the GPS and heart rate monitor is in constant demand or 10 hours when used just as a watch. That’s a couple of hours less than the Runner promised, although hooking the original up to a heart rate monitor had a habit of really draining the battery life really quickly.

On a fully charged battery running 4-5 miles every other day plus one 8-mile run over the weekend, it kept going for nine days before the battery was sapped and you are actually getting around the same time as you can with the Runner. The heart rate monitor clearly has an impact on battery life, so if you are planning to run long distance runs every day you are more likely to feel let down by its inability to go the distance. 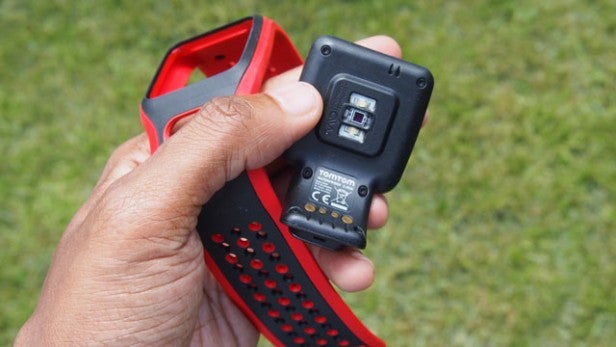 Should I buy the TomTom Runner Cardio?

This really is a tough one. It’s difficult to fault the performance of the TomTom Runner Cardio for recording data and the added usefulness of the accurate heart rate monitor. The problem is that it’s now priced so much more than the TomTom Runner that it makes it even more of a specialist buy.

You are essentially paying for not having to wear that chest strap, which you still need to with the Garmin and Polar running watches and that’s where the TomTom has a big advantage.

If you can stomach the extra cost, the TomTom Runner Cardio is a great alternative to what the likes of Garmin and Polar offer, it’s just a shame it’s not as slim and sleek as the last one.

The TomTom Runner Cardio makes great improvements on its predecessor. It’s just a shame that it costs more to own it and is a little bulky.