What is the TomTom Runner Cardio?

The TomTom Runner Cardio is a GPS-enabled running watch and the follow-up to the impressive TomTom Runner. It addresses some of the biggest issues with its predecessor and joins the likes of the Samsung Gear 2 and the Adidas MiCoach Smart Run by adding a built-in heart rate monitor to show you how hard you are running.

The downside of its inclusion is that the TomTom Runner Cardio costs £100 more, making significantly it more expensive than the original TomTom Runner and pushing it up against more serious competition. Does it do enough to convince? 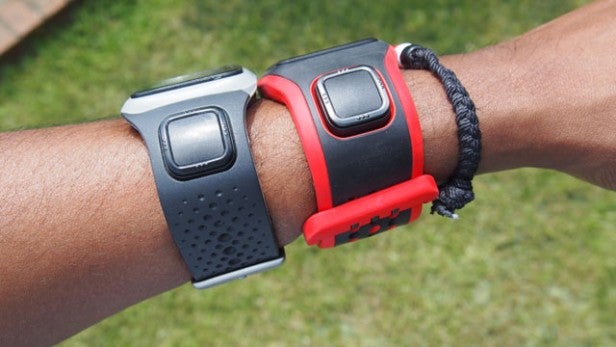 The TomTom Runner Cardio has gone through some radical changes and some are definitely more welcome than others. It now comes in red on black or red on white models, moving away from the more conservative colours that the Runner is available in.

The plastic strap is now gone, replaced with a flexible rubber watch strap that holds the GPS module and watch display in place. The way the watch strap is now secured around the wrist has changed with a new three-pronged clasp and a holed design where the clasp and three plastic notches can be held in place.

It’s a noticeably thicker strap going from 0.45 inches to 0.54-inches. It’s certainly more rugged and durable, though it means the TomTom Runner Cardio is less comfortable to wear all day than the Runner. Consequently, it’s now more of a sports watch in look and feel than its predecessor, which is a small backward step.

It is still at least waterproof to 165ft so you can take it swimming, although you won’t be able to track progress like the TomTom Multi-Sport watch. 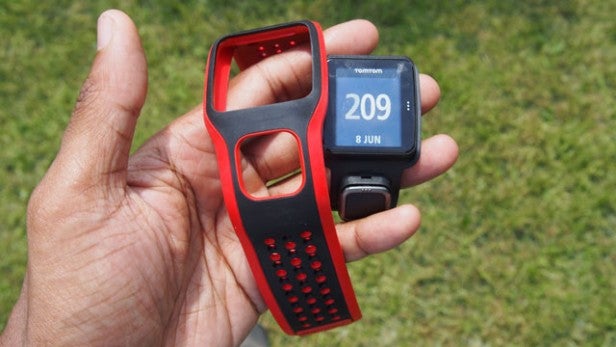 One of the main criticisms of the Runner was that the detachable GPS module and display didn’t always feel entirely secure inside the strap when taken off, and this has definitely been improved with the rubber strap sucking up the hardware into its body ensuring that this is going nowhere. That does have one disadvantage when you are trying to take it out to charge, because it’s held so securely that it takes a little time to force it out of its rubbery casing.

The removable GPS sensor and display is identical to the one on the Runner apart from controls around the edges, which now feature a a metallic effect finish and doesn’t add anything new in the way you can interact with it to switch between displays and features.

Around the back is where you’ll find the most notable new addition and that’s the built-in heart rate sensor. It’s actually the same technology included in the Adidas MiCoach Smart Run watch and, as the Mio logo indicates, is also included in Mio Alpha’s own running watches. 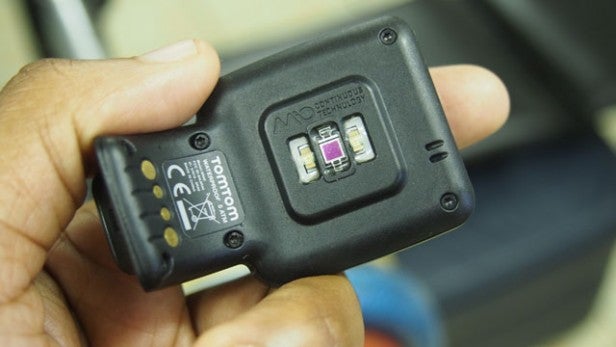 In the box you still get the same docking cradle, so there’s still no sign of the built-in USB charging that was one of the nicest features when TomTom teamed up with Nike for its first running watch.

As for the screen, well it’s the same 1-inch 144 x 168 mono-style display with bold type, making it easy to glance down and soak up the information. It still has a light that’s activated by swiping up on the right side of the screen.

All in all, the improvements made to the design are positive ones. The change from plastic to a rubber strap, however, does mean it’s the most comfortable to wear to bed and can get a little sweaty. The extra bulk means it’s not as sleek as the first Runner either. 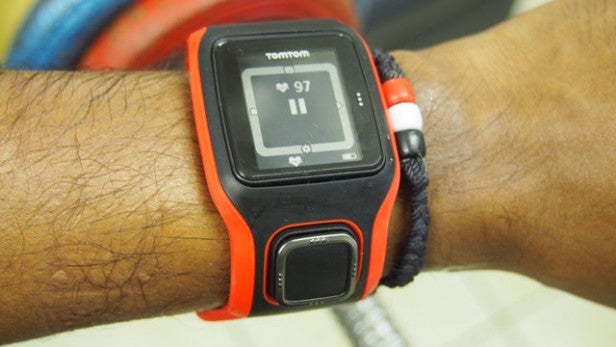 Features are largely the same. You’ve still got the dedicated GPS sensor below the display, which uses TomTom’s QuickGPS technology to help establish a GPS signal quicker, particularly in built-up areas.

Once you navigate around the different watch screens, the display furthest left shows battery life, storage, whether the QuickGPS is up-to-date and what software version you are running. Scroll down from the watch display and you can adjust clock settings, sync heart rate sensors (if for some reason you don’t want to use the built-in one), pair with your iPhone, enter flight mode, and set whether you want to turn on night mode, which keeps the screen illuminated.

When it gets to actually running you still have the option to choose from Run, which covers running outdoors, and treadmill, which uses the built-in accelerometer to track distance and progress. There’s now a new stopwatch option, which should come in useful if you are working on sprint training for example and should have really been something included in the first place. You can pick from five training modes whether it’s racing against previous times, setting specific goals by distance and time, track laps, intervals and heart rate zones, which brings us to the biggest new feature.

Including heart rate monitors into the watch itself means you no longer have to carry around one of those irritating chest strap ones. TomTom is using the same continuous technology first seen in the Mio Alpha running watches, which has been developed alongside Philips and uses an optical heart rate sensor that flashes two green LEDs against the skin to detect the volume of blood flow. The reason it’s able to track continuously is down to the inclusion of a dedicated accelerometer that prevents the reading from being interrupted when you move or run.