With so many PDAs and phones offering every type of functionality under the sun, it’s easy to be seduced into thinking that they’re good enough to do all their jobs brilliantly. That’s not always the case, however, and as with attractive female tennis players, who are seduced by the lure of endorsement deals, technology companies often go too far and their products lose focus.


TomTom is definitely not in this category – its products are more Justine Henin than Anna Kournikova – and has been producing top quality sat-nav systems for years. The latest in the TomTom range is a widescreen version of its portable One sat-nav and it aims to continue the tradition. TomTom’s sat-navs are also a favourite in the TrustedReviews offices. We like them because they do two things very well: they provide accurate and sensible driving instructions, and they’re intuitive and easy to use. 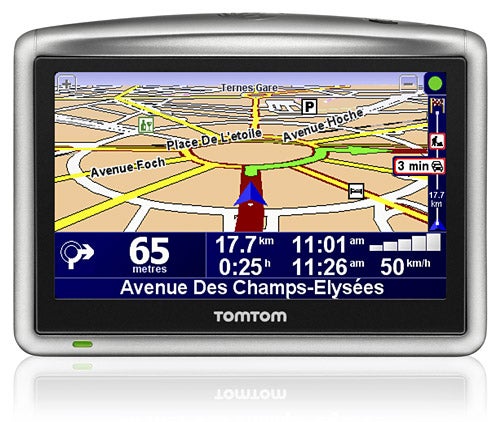 The One XL is no different from its predecessors in this respect. Its interface isn’t the nicest to look at, but it is organised logically and this makes it easy to find your way around. Tap the screen once and you get the main menu screen. Tap the Navigate To option then choose a destination type and you’re straight into the address search.


Other important functions are just a click away. Hit the left hand area of the information panel (in driving view) and a large volume control appears. Press the pane to the right of it and the One XL displays a route summary. Mio’s sat-navs, in contrast, hide their fiddly volume four button-presses away from the main navigation screen and the route summary two clicks away.


As with other TomToms, the main map display is mercifully free of distractions with only small zoom controls in the top corners. Again it’s functional rather than pretty, but this means it’s clear and easy to read. If anything, I’d like to have seen better use of the space offered by the 4.3in widescreen.

The next turn and other information, such as ETA and distance to destination, is displayed in a panel that stretches the full width of the screen and occupies almost a third of its height, which seems a bit of a waste especially as a large chunk of the panel is given over to a largely useless signal strength indicator. In practice, fortunately, this doesn’t really get in the way too much and the driving instructions are as easy to follow as the user interface is to use.


The voice instructions are exceptional providing plenty of warning of the next one, or even two turns if they’re close together, and they’re repeated as you approach to make sure you get the message. Route finding is very good as well. I took the One XL on a trip to Snowdonia in Wales and the XL hardly missed a beat. Once it told me to take the second exit rather than the third exit on a roundabout when the third exit was clearly indicated on its map, but other than that the route was perfect. It didn’t take us on any weird wild goose chases. 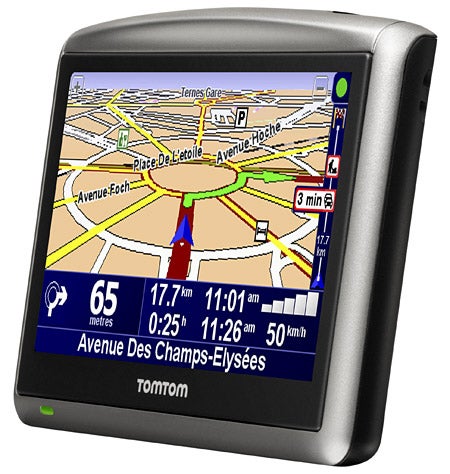 Trips around my house in north east London and through the centre to south west London proved the route finding to be almost as good in town as in the country. Again the odd instruction didn’t quite tally with what was on the map, but these occurrences were few and far between.


Of course TomTom’s strengths don’t end there and there’s a whole raft of other stuff that makes buying one worth it. The software interface, like iTunes with the iPod, works seamlessly with the One XL. It’s easy to use and understand and provides a central hub for buying and installing updates. The One XL has Bluetooth so you can use it to receive traffic information over the GPRS link in your phone – an effective tool that works much better than the TMC system included with other sat-navs. It can also do weather updates over GPRS and, if you make enough space, you can install something called QuickGPSFix, a database of satellite locations which speeds up the process to lock.

No product is without its weaknesses, however, and like a world class tennis player whose shots occasionally miss the line by a few centimetres, the One XL does have a few. The slow redraw in map browsing mode has to be the most annoying of these. It seems to take an age to redraw the roads when you move the map even by a few pixels.


Calculation and recalculation of routes isn’t the speediest either. It takes around 16 seconds – much longer than with either Mio devices reviewed recently – to calculate a route from north east to south west London, and 20 seconds to work out how to get from London to Dolgellau near the coast in Snowdonia, Wales.


Points of interest (POIs) display clearly and you can set the One XL to warn you when you pass one, but you don’t get the option to route via them automatically as the Mio C520T does. There’s also no indication of where the POI might be if it’s off the map screen. 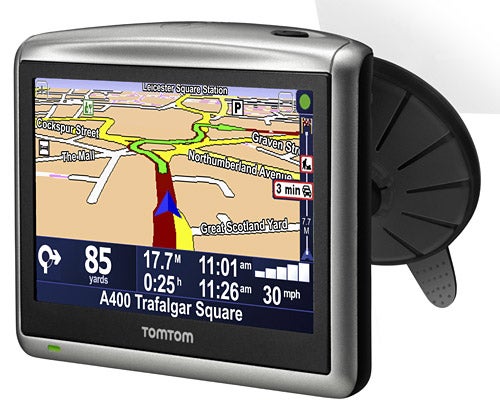 The supplied screen mount is simple to stick to your windscreen – you just stick it on – but is just a bit too short and you have to tilt it down in order to get the TomTom on and off.


Finally, the One XL does not come with any speed camera subscription in the box as the Mio devices do. You have to either pay €30 for a one year subscription to TomTom’s own database or upload a third party database before this feature is activated.


All the complaints I’ve listed above indicate that this TomTom isn’t perfect. But they’re not major enough problems to persuade me that TomTom is about to relinquish its crown as the king of in-car sat-nav.


The One XL is easy to use, provides clear and sensible driving instructions and isn’t even that expensive – for £245 (check which maps are supplied before you buy) you can get the European maps version and if you shop around, the UK and Ireland version can be found for £200 or so – about the same as the equivalent Mio C520. Given a choice between the two there’s no contest, and even without the speed cameras it’s a straight sets win for the TomTom.