Satellite navigation has become such a commodity over the past couple of years that it’s hard to see where premium brands can compete at the budget end. You can pick up sat-nav software for your phone for well under £100 now and low end dedicated units are now not much more expensive. Move up in price just a fraction and slightly more capable products, such as the (article:Navigon-2100-Sat-Nav), become available for around £100 – still a very reasonable amount of money.


With that in mind, it’s rather surprising to find that TomTom even bothers to try to compete any more at the low end, but it clearly wants to, as the firm’s latest ‘low-end’ product clearly demonstrates. Unfortunately, for TomTom at least, at this moment in time the TomTom V4 simply isn’t that cheap. Even the Great Britain version comes in at £140 and the Europe 22 version we’ve been sent will set you back over £160, which is a quite astonishing amount of cash these days for a sat-nav with a 3.5in screen. It’s worth noting, too, that for that money you get neither traffic information nor Bluetooth hands-free phone features. It’s a basic sat-nav for mid-range money – a disappointing start.


What’s less surprising is that the TomTom One feels every bit the quality product that its bigger, more expensive siblings do. In fact, there are elements of the One that are better than the Go 530, 730 and (article:TomTom-Go-930-Traffic-Sat-Nav 930) products. It shares the same design as the TomTom One XL range of products – a newer, larger speaker at the rear, a slimmer more pocketable design and a much more solidly engineered windscreen mount.


With previous TomToms – and the current range of x30 products mentioned above – one of the few weaknesses was the push-on windscreen mount, which needed frequent reseating if you didn’t want it to drop off into your lap, or worse onto the floor beneath your brake pedal. The TomTom One’s is a much better design: its suction cup mount isn’t merely push-on as before and can be pushed on then wound up to top attach it more firmly. The mount is also designed so that it can be folded flush against the body of the device, so you can stick the whole lot in a pocket or bag, not just the navigation unit.


And the One is as easy to use as TomToms have always been. The most important options always seem a click or two away, the screen is responsive and address entry sensibly easy. The One has a very usable touch screen keyboard and there are also options to use it in QWERTY, ABC and AZERTY modes, depending on your preference. Other sensible touches abound: it will return automatically to the map screen once an option has been changed, and it’s really easy to see an overview of your current route or change volume – a single click on the main navigation screen in the status bar will do that for you.

It also has an excellent POI database, with most petrol stations and many major supermarkets covered, plus there’s TomTom’s excellent Help Me menu, with its quick-fire listings of nearby pharmacies, hospitals, doctors, vets and so on – invaluable if you happen to get into trouble somewhere you don’t know.


Updating the unit is a doddle too, with TomTom’s excellent Home software, and as with the rest of the TomTom range you can make map corrections, upload them to TomTom’s servers and download other users’ map corrections for free – though the One doesn’t make it easy to simply mark locations while driving as the more expensive devices do. 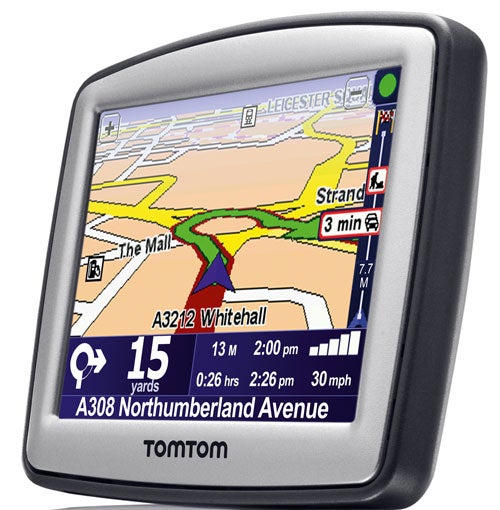 Navigation-wise, however, I was surprised to find that the One is not as strong as previous TomToms I’ve reviewed. The maps are clear – if a little old-fashioned-looking – and that large, clear speaker means that you’ll never miss a voice instruction. Route calculation is swift – a long route from London to Dologellau in Snowdonia, Wales was dispatched in well under 20 seconds. Satellite lock is achieved very quickly too, and in difficult circumstances it performs admirably; it managed to get a position in my kitchen, two feet away from the window and with a very narrow view of the sky above, which bodes well for inner city driving.


But there is a major problem with the One and it centres on a noticeable position lag. What this means is that your position on-screen follows slightly behind your real position on the road. Most of the time it isn’t a problem, but as soon as you approach a few tightly-spaced turnings, or a large roundabout that you need swift instructions on, you’re in trouble. 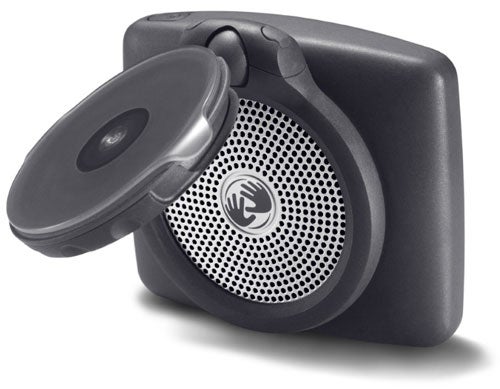 I frequently took wrong turnings on roundabouts with the One – having forgotten which exit I needed, the on-screen map lagged so far behind my real-life position that it was difficult to know where to get off. To be fair, the One does give you audio instructions well in advance – “Take the third exit at the roundabout”, for instance – but sometimes you’ll forget, and with the roundabout turning icon not particularly helpful it will then be a matter of guesswork as to which way you’re supposed to go.


What this means that, for the first time in ages, I have to say I’m not that impressed with this TomTom. It has European maps, excellent usability and superb physical design, but it just doesn’t do enough in other ways to make it worth spending £150 on.


If you desperately want a TomTom, then buy the (article:TomTom-One-XL-Europe): it is £20 to £30 more but has more solid performance, a bigger screen and that makes it a better buy. Currently, The One is simply too expensive, doesn’t quite pack enough features in and can’t quite match the performance of its larger siblings.