The TomTom GO 600 is a fully featured 6-inch widescreen sat-nav with lifetime traffic and map updates. Its arrival coincides with a new version of TomTom Traffic, the sophisticated jam detection system that was recently renamed from TomTom HD Traffic. Although this will be available for all new LIVE-enabled TomTom devices, the GO 600 is the first we have seen with the updated service. 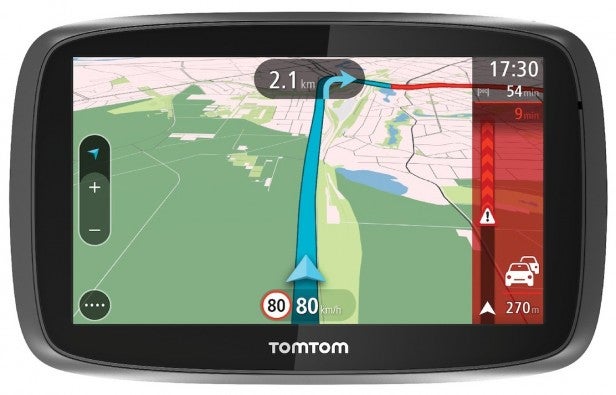 Like the TomTom GO 500 we looked at a couple of months ago, the GO 600 offers LIVE Services, but relies on your smartphone for the data connection. So in order to use them your iPhone must have the ‘Personal Hotspot’ feature or your Android phone the ‘Tethering and portable hotspot’ setting. You have to pair the TomTom with your phone and then share the latter’s Internet connection.

We found this worked just fine with our test iPhone, though you do need to be on a network plan that allows tethering, something only a select few do. Current traffic incidents were then all visible in the map screen. You can tap on an incident to get more information, including the type of incident, its length along the road and the duration of the delay it is currently causing. But the new version of Traffic brings some extra capabilities, including one very overt one, although most are lurking under the surface.

You are now warned if you are approaching a traffic jam at too high a speed, the danger of which has been particularly underlined by the recent mass accident on the Sheppey crossing. The detection of road closures has been improved, too, alongside more accurate detection of road works, so you can avoid these. Earlier versions of Traffic could occasionally mistake a closed road for one with no jam at all, with potentially annoying results – for example, when the Hammersmith flyover was forced to close in December 2011 for emergency repairs.

The new Predictive Flow Feed more accurately figures out traffic speed on a route, for an improved estimated time of arrival, although we never had much issue with this aspect of TomTom sat-navs. As it is, TomTom Traffic reportedly uses data from 350 million vehicles around the world and covers 99 per cent of UK roads, compared to about 10 per cent for the venerable TMC alternative. So the accuracy is about ten times as much, with TomTom claiming jams are detected down to 10m accuracy compared to 100m for TMC. In our experience, this can make a noticeable difference in predicting delay duration. 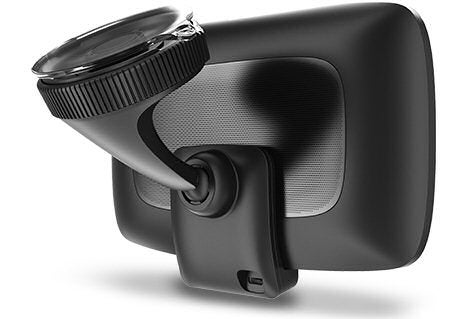 The fact that you can now get this service without a subscription, with just the cost of a few megabytes of data a month (TomTom estimates 7MB for an average daily commute), means you don’t have to be a regular commuter anymore to make it cost effective. It is hard to test the efficacy of the new TomTom Traffic features, although we did see the jam warning pop up at one point during testing. However, we have been impressed for some time just how accurately the TomTom service can represent traffic, with the beginning and end of gridlocked sections of road being almost exactly the same in real life as they are on the road.

You also get lifetime updates to the maps that came with the device – either UK or EU, depending on model. There are some downsides, however, particularly with the European mapping version of the GO 600 we tested. If you want to use the GO 600’s Live Services abroad, you have to be prepared for the data roaming charges associated with this, which could be expensive even for just a few megabytes. Also, although the map updates and Traffic service are free for the lifetime of the device, speed camera information is only available for three months, after which a subscription costs £19.99 a year.