Perhaps most vitally, Crystal Dynamics has aced the game mechanics. All the running, jumping and climbing manoeuvres are fluid and intuitive. Even with a ‘Survival Instincts’ view at a touch of the button, potential routes are clear without being rammed down your throat, and Tomb Raider fits in races across crumbling or burning surfaces to match the best of the Uncharted series. Combat is arguably better than in Naughty Dog’s adventures, with Lara benefiting from a brilliant signature weapon, the bow, and stronger stealth and cover mechanics. Between the combat, the exploration and the traversal, Tomb Raider makes for a gripping experience. 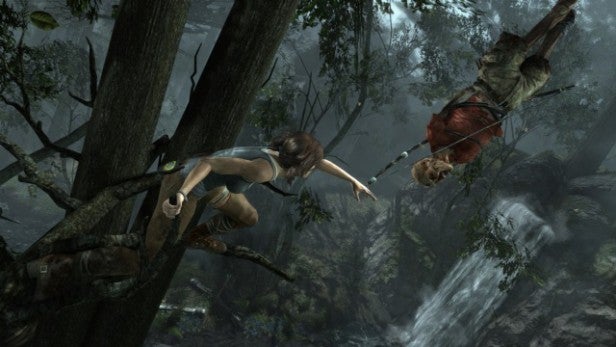 The surprise, however, is that as Lara develops as a character, so does that experience. New weapons and tools turn out to be useful not just for new areas, but for opening up sections of old ones, making sense of the island’s semi-open world nature and a network of fast-travel campfires. Secret and entirely optional tombs that seemed impossible become completable, and the game starts to take on a Metroid/Castlevania vibe.

With time, Tomb Raider finds its pace, the set-pieces build and flow into one another, and the story develops with confidence. Puzzles come into play, and while these are rarely as ingenuous as some of those in Uncharted 3, they still have that authentic Tomb Raider feel. In fact, the more you play this new Tomb Raider, the more it feels like the original Tomb Raider game. 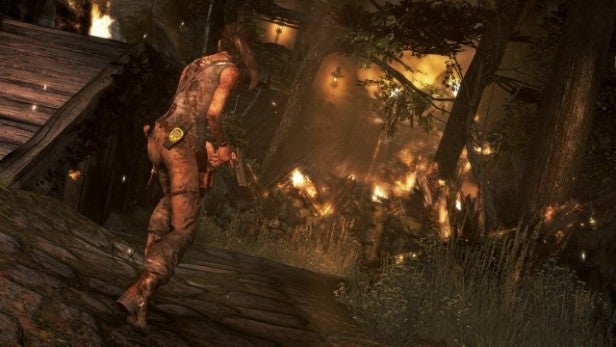 That doesn’t mean it’s flawless though. At times, Tomb Raider shows evidence of a kitchen sink mentality. A scavenging system and related weapons upgrade system add to the game, while scattered notes and journals help to add interest to the narrative. Yet bonus challenges, like lighting lamps and burning posters, seems distracting inside such an intense survival storyline. And, as for the focus on collectible antiquities, it can make Tomb Raider feel more like Antiques Roadshow than Raiders of the Lost Ark.

The game’s biggest fault, however, is an overemphasis on combat. It’s not that Tomb Raider doesn’t do great firefights and shootouts – it does – but do there have to be quite so many? Just when you’re getting into another section of exploration or traversal, there has to be another ten-minute staged gun battle against multiple waves of enemies, leaving you wondering just how many bad guys can get shipwrecked on one island within a few decades. 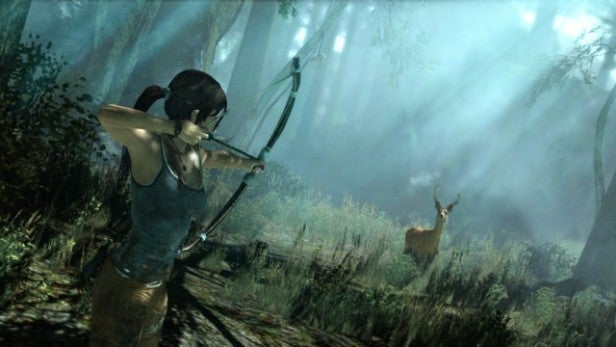 Maybe Crystal Dynamics felt it needed to maintain the pace, but Tomb Raider didn’t actually need this much action. In some ways, the early fights where you feel outgunned and outnumbered are more exciting than the high-octane bullet-fests that follow.

Of course, those action dynamics ensure that the game can pack in a solid set of multiplayer options, pitting Lara’s team against evil survivors in straight Team Deathmatch and three more objective-based modes. With days to go before launch there’s not much we can report at the moment, so expect an update once we’ve played some real games with real players.

We have minor gripes about the early stages, most notably the over-reliance on combat, but Tomb Raider does exactly what a reboot should do: it surprises, thrills and builds a great foundation for further adventures. While it owes a debt to the Uncharted series, it has its own darker, grittier style and superior combat, and at its best the action is as good as anything out there. There’s very little not to love about the new Tomb Raider, and the new Lara has a bright future ahead of her.