Available for iOS
You know that old Nintendo 64 you’ve got packed up in your loft? Keep it there. And that Dreamcast that’s gathering dust under your bed? Let it stay put. What about the original PlayStation you’re using as a door stop to your spare room? Leave it be. They’re all of far better use where they are.

In our minds, the classic games we used to play on these systems are just that – classics that, over the years, our brains have turned into little nuggets of gaming perfection, whether they warrant such praise or not. Truth be told, if we hunted down most of the games we claim to cherish in our collections and took them on in a 2014 frame of mind, almost all would come off a little worse for wear.

And that’s only right: if 20 year old games played as well today as they did then, then that would mean the games as a whole would have stood still. 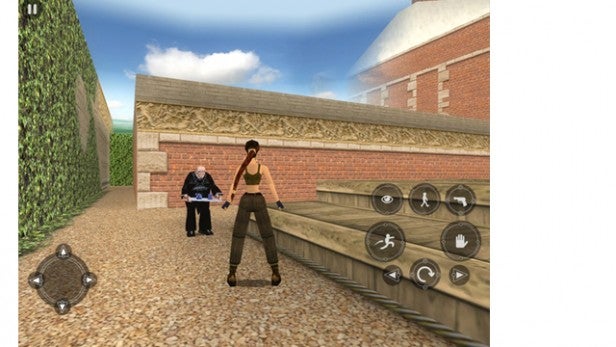 Tomb Raider II, then, has two different hurdles to clear. Not only is the game nearing its 20th anniversary, but it also lands on a touchscreen device with controls never intended to be mapped out in such a way. It’s an indication of how far 3D action games have moved forward that you’d likely have more joy laying out the controls for Assassin’s Creed than you would one of Lara’s legacy adventures.

Indeed, when you struggle to contend even with a game’s tutorial, you know something’s gone fundamentally wrong. Jumping between platforms, Lara repeatedly informs you failed attempt after failed attempt, is a case of pushing forward to run and hitting the jump button at the same time – a process that would be made all the easier if she actually ran in a straight line, rather than veering off in one direction or other.

This is the crux of half of Tomb Raider II’s problems. Mapped on the right hand of the screen is a virtual stick to direct Lara, a button to make her jump, a button to make her grab hold of ledges, a button to draw your weapon, a button to change the angle of the view, and a button to make her turn 180 degrees, as well as two buttons to make her sidestep to the left and right. It’s as ridiculous a set up in the modern era as it sounds: such an approach would feel entirely out of step on a console controller in 2014, let alone on a touchscreen littered with virtual buttons. 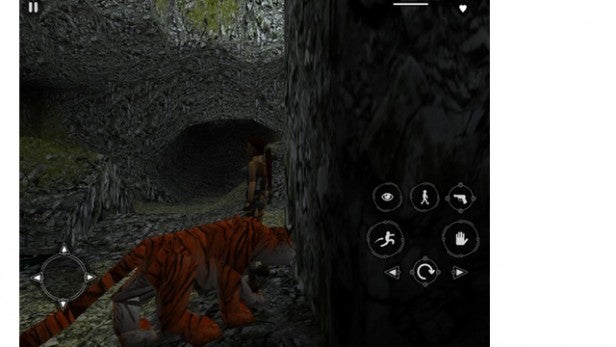 As a result, the constant feeling that you’re not really in control of Lara not only leads to a lot of mishaps – missing ledges a frequent problem – and, as a whole, undermines what is otherwise an entirely faithful conversion of the 1997 PlayStation release.

The fact the Tomb Raider II in 2014 is so faithful to Tomb Raider from 1997, however, leads to a few problems in itself. Tomb Raider II and its predecessor arguably helped lead the way in what was then the relatively green field of 3D action-adventure titles on console, but almost two decades on, the whole genre has moved on leaps and bounds. To release what is, with rose-tinted spectacles fully removed, a clunky, dated title with controls that now feel firmly archaic in the modern age.

You know the routine: Lara runs, jumps and shoots her way through a series of exploratory levels where the main goal is getting from A to B. In a modern day context, this is Assassin’s Creed, but with less people and far less interaction. Indeed, running through Tomb Raider II’s stages is often a rather lonely experience. Enemies patrol platforms on their own, vast portions of each stage are left unmanned and the game’s A.I. feels reminiscent of the 2D era; you log a foe’s pattern of movement before shooting and dodging, shooting and dodging. 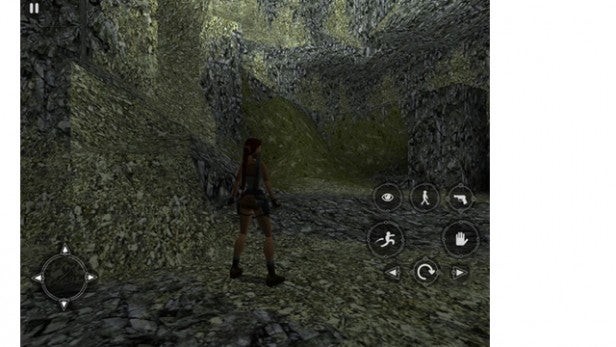 It all means that Tomb Raider II feels like a game without an audience. Though purists may be pleased Square Enix has left Core Design’s game as it was, even retro gamers would have to admit it has not stood the test of time well. For newcomers, Tomb Raider II almost feels like it’s been written in an entirely foreign language – things like needing you use a separate button to catch onto a ledge rather than it doing it automatically as would be expected now feel utterly curious to the modern eye.

Had Square Enix taken time out to rejig Tomb Raider II not only for smartphones, but also for the modern era, it may have had a hit on its hands, but as things stand, this feels like a game better best played out by memory.

Verdict
Unlike 2D platformers that are able to enjoy a rebirth on iOS several decades after their debut, Tomb Raider II feels entirely out of its time and, even for those curious to investigate the IP’s roots, is an ordeal to play on touchscreens.