Available on: Xbox 360 (version reviewed), PS3, PC
Did Lara Croft really need a reboot? Yes and no. With Tomb Raider: Legends, Anniversary, Underworld and Lara Croft and the Guardian of Light, Crystal Dynamics had done a fine job of pulling the franchise back from the disaster of 2003’s Tomb Raider: Angel of Darkness. Yet Tomb Raider seemed stuck paying second fiddle to the games it had helped inspire, not least Assassin’s Creed and Naughty Dog’s Uncharted trilogy. Something needed to happen to put the series back on top. 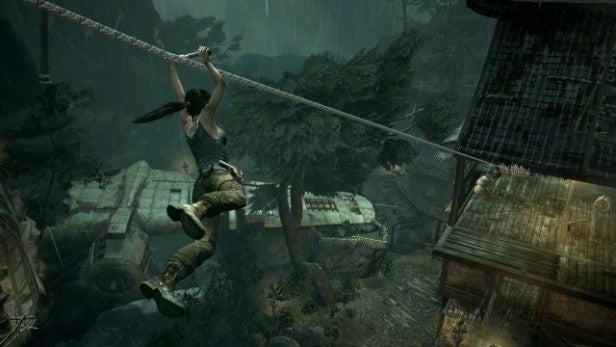 The latest installment of Tomb Raider is bold reinvention. Taking its lead from Batman Begins and Casino Royale, the new game takes a character who had become a sort of cartoon super-hero, and grounds them in a more recognisable and realistic world. This isn’t Core’s original Lara Croft or the Lara Croft of Tomb Raider: Underworld, and it’s certainly not Angelina Jolie. This is a Lara of incredible agility, strength and courage, but a more human figure; one who bruises, bleeds and struggles.

In the early stages of Tomb Raider, this is sometimes overdone. The new game is, like Batman Begins, an origin tale, with Lara and her archaeologist friends stranded on a remote Asian island with all the odds stacked against them. 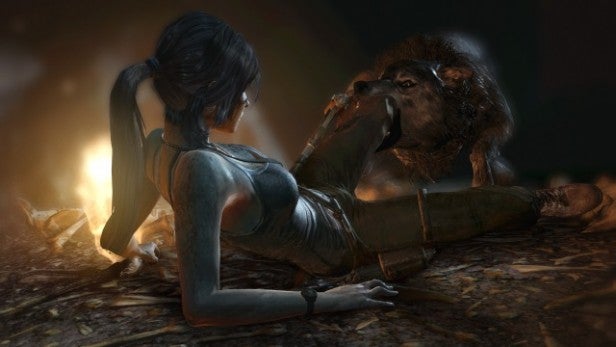 As Lara is battered and bruised by everything around her – from hostile weather to a colony of crazed shipwreck survivors – the game occasionally veers towards Hostel territory, with constant sobbing, yelping and screaming the order of the day. You begin to fear that someone has confused dark, adult and gritty with gruesome, ultra-violent and clichéd. Butchered corpses, Texas Chainsaw Massacre decor and feral hicks will take you so far, but the impact soon fades with over-use.

And if Bond and Batman are Lara’s cinematic inspirations, then the gameplay seems to owe a little too much to Uncharted. Early previews seemed to suggest a fairly open-world game, and while that’s not entirely inaccurate, there are long stretches where Tomb Raider is relentlessly focused. 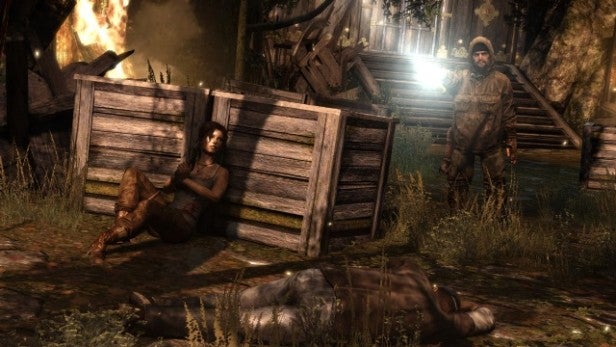 Early sections seem determined to drive you along one path, funnelling you from run and jump set-piece to combat set-piece to cinematic sequence. Most worryingly, there’s a reliance on quick-time-event sequences, where all you can really do is jab at the button when the generously timed prompt appears. Miserably, there are no second chances. Failure means an instant death.

But underneath all this, the early part of Tomb Raider demonstrates real strengths. First of all, there are aspects of the new style and the new Lara that really work. With its grim weather systems, crumbling buildings and beautiful scenery, the island is a formidable location; the most coherent, mysterious and exciting of any Tomb Raider game. The new Lara, meanwhile, is genuinely likable – a young woman in an impossible situation, finding the resolve to fight on. Where the Lara Croft of Tomb Raider: Legend, Anniversary and Underworld was a wise-cracking, sharp-shooting super-babe, the new one is a whole lot easier to root for. 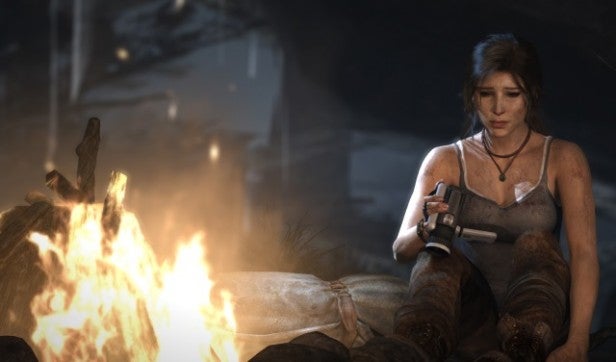 The visuals are rarely less than dazzling. Not only are the environments frequently breathtaking, with fantastic effects for snow and rushing water, but the animation is top-notch. While Uncharted’s character close-ups have a little more life and energy, Tomb Raider’s are still impressive, and the engine allows for some awesome moments with warping and collapsing scenery. Like Crysis 3 or Halo 4, this is an example of the Xbox 360 and PS3 at the peak of their powers.

Next
Tomb Raider: The Verdict Review