Available on Xbox 360 (version tested), PS3
Gut feelings can be wrong. First impressions may mislead you. For the first half hour or so we had Future Soldier down as the game where Ghost Recon sold its soul. The series that used to lead was now following, taking huge swathes of its third-person shooter gameplay from Gears of War, and its look and feel from Modern Warfare and its sequels.

Expansive, open levels seemed reduced to narrow corridors, and the old brand of tactical action had bitten the dust in favour of standard-issue, shooting gallery thrills. Remember the disappointment when you realised that Battlefield 3’s single-player mode was little more than a second-rate Modern Warfare clone? Future Soldier had us fearing a repeat. 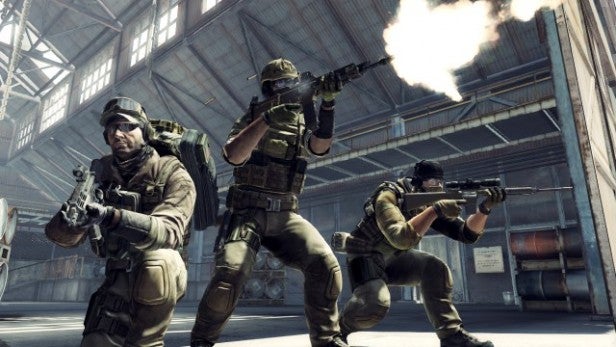 Yet the more you play Ubisoft’s latest, the less this dismissive attitude holds water. Sure, the globe-trotting special forces storyline comes straight from the Call of Duty playbook, but Future Soldier isn’t anywhere near as dumb as it first appears.

Underneath the gung-ho dialogue and shooter cliches – here’s the sniper mission, get ready for the helicopter turret sequence – it’s still a tight, strategic shooter that asks you to do a little more than just take headshots on goons as they pop out of cover. It’s arguably the best game in its genre since Battlefield: Bad Company 2.

A Fresh Start
Future Soldier breaks from Ghost Recon: Advanced Warfighter and its sequel by abandoning the Mexican setting and hero, Captain Mitchell, for a squad of fairly generic Ghosts and a fairly epic saga with missions spanning Central America, Pakistan, Nigeria and a range of locations in Russia.

Where Advanced Warfighter had a tighter focus and a vague air of realism, this is much more of a James Bond affair in the bold and boisterous Modern Warfare style, complete with global plots, Russian paramilitary forces, cackling villains and slightly ludicrous plot twists. It’s partly this that gives it that Infinity Ward feel. 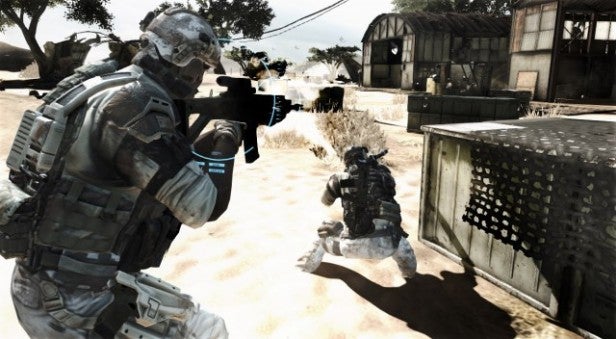 All the same, those exotic locales give Future Soldier plenty of opportunity to show off the latest version of Ubisoft’s YETI engine, and whether you’re padding through the drifting snow or pushing through the Nigerian desert in the middle of a sandstorm, the effects are spectacular.

The engine seems to struggle with faces in the cut-scenes, but otherwise Future Soldier is as beautiful as military shooters come, with the kind of realistic lighting and effects that we saw in last year’s Battlefield, and thoroughly convincing Ghosts and enemies. 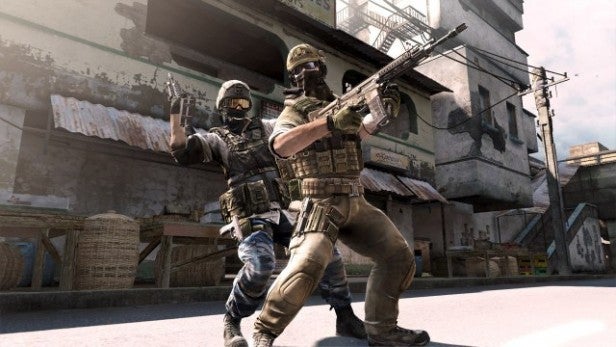 Future Combat
Up to a point, Future Soldier sticks to the basics of the cover-based shooter, with lots of running between cover points and a nice manoeuvre to swap between adjacent ones. Enemy AI is competent, and missions are staged so that you have to maintain a degree of awareness or go down rapidly in a hail of bullets. Through most of the game you’ll have three allies, and these can heal you if you go down, but Future Soldier isn’t a run-and-gun shooter. In fact, it punishes that kind of approach.

Instead, its USP lies in the Ghost’s high-tech gear, with optical camouflage suits, miniature drones and sensor grenades all playing a key part in the gameplay. The camouflage suit is nicely limited by the fact that it only works while you’re creeping around slowly, while the drones and sensor grenades are vital to establishing enemy positions and preparing takedowns. 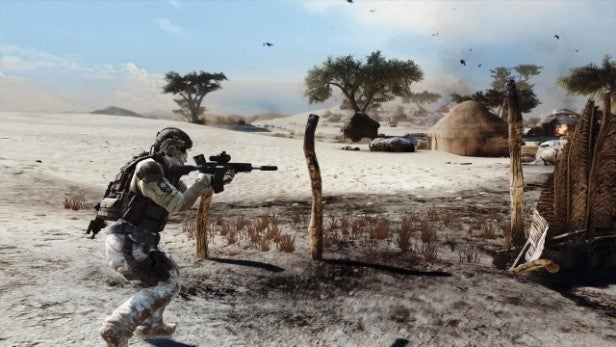 Stealth and Strategy
This is where Future Soldier gets closest to Advanced Warfighter; while you’re not actually ordering your squad around anymore, you can highlight targets and synchronise sniper fire, and setting up a perfect, clinical strike remains one of the most exciting things about the game. Meanwhile the game’s Gunsmith feature, Kinect-powered if you have the 360 peripheral, allows you to tinker and upgrade all of the game’s huge selection of weapons, with a vast range of scopes, magazines, under-barrel attachments and suppressors.

Future Soldier is not afraid to mix things up, either. Along the way you’ll have stealth missions with ‘No Alarm’ instant fail restrictions, escort sequences where you’re dragging someone or something around with only one hand free to shoot, airstrikes to control, and the game’s most lovable addition: the warhound. This hulking, walking, robot tank has weapon systems under your control, and watching enemies scatter as you lay down mortar fire or watchtowers crumble as you fire off missions is a joyous thing. 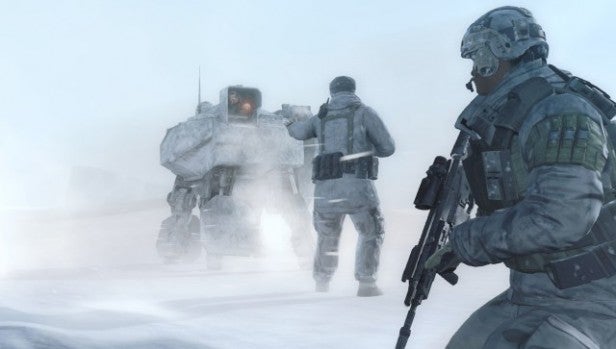 If the action has a fault, it’s that there aren’t many really astounding set-pieces. We’ve seen variations on the fight-in-a-blizzard/fight-in-a-sandstorm/last-stand-in-a-shanty-town before, and Future Soldier doesn’t do these noticeably better.

That said, the level of quality is consistently high, the difficulty level is almost perfectly graded, the weapons are satisfyingly powerful and distinctive in character. And the more the game goes on, the more it seems to open up its levels so that you’re not simply battling through a corridor, doing what you’re damn well told. While nowhere near as open as a Far Cry 2 or Crysis, Future Soldier isn’t anywhere near as restrictive as Modern Warfare 3 or Battlefield 3.

Online Action
Meanwhile, Ubisoft has done a nice job of transitioning Ghost Recon to a more online-focused universe. The campaign has clearly been designed with co-op in mind, and there’s a great variation on the Horde/Firefight/Spec Ops mode called Guerilla, where the conventional waves of incoming enemies are punctuated by smart stealth sequences.

The competitive mode brings us persistent characters and unlocks, and a series of game types that go beyond deathmatch and team deathmatch to bring objective-based missions with shifting goals and rich opportunities for teamwork. While Future Soldier has borrowed aspects of Modern Warfare, it still feels like a different experience – less fast-paced and twitch-focused, but smart and engaging. It deserves to do well. 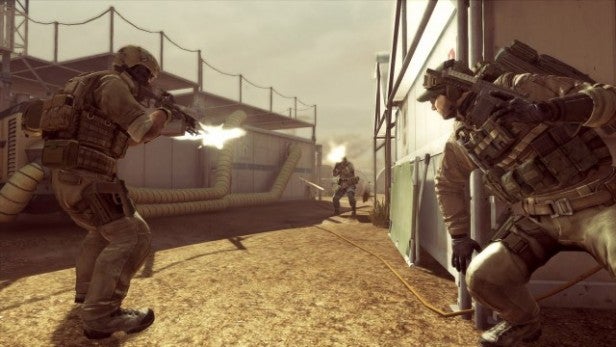 Maybe we’re past the point where any military shooter can set a new benchmark on this generation of hardware, and Future Soldier doesn’t really try. Yet for all its nods to Modern Warfare, there’s still enough distinctive Ghost Recon character to interest those who have grown tired of Activision’s monolith. Scratch beneath the surface and you’ll find more than a solid shooter: a game with its eye on the mass market, but its heart still in the right place.

Future Soldier feels inspired by the success of Modern Warfare, and accusations of dumbing down aren’t entirely misconstrued. All the same, this is a smarter, more tactical brand of military shooter, with a great high-tech toybox, good multiplayer options and a strong campaign. It might not redefine any genres, but it’s a worthy alternative to the big names.