Although it doesn’t shoot quite as wide as alternatives such as the Canon EF-S 10-18mm f/4.5-5.6 IS STM or Nikon 10-20mm f/4.5-5.6 G AF-P DX, it has the benefit of a constant f/2.8 aperture all the way through its zoom range. It’s also built to a more robust standard than most budget wide-angle zooms, which can often feel rather plasticky and are prone to damage more easily.

On paper the lens looks like an excellent choice for anyone looking for a faster and wider alternative to the Tokina AT-X 12-28mm f/4 PRO DX lens, but is it worth the money or are there better options out there?

This third-generation Tokina wide-angle lens covers a broader focal range than the two 11-16mm zooms that have come before it, and therefore it’s suitable for a wide variety of applications from landscapes to interior and architecture work. 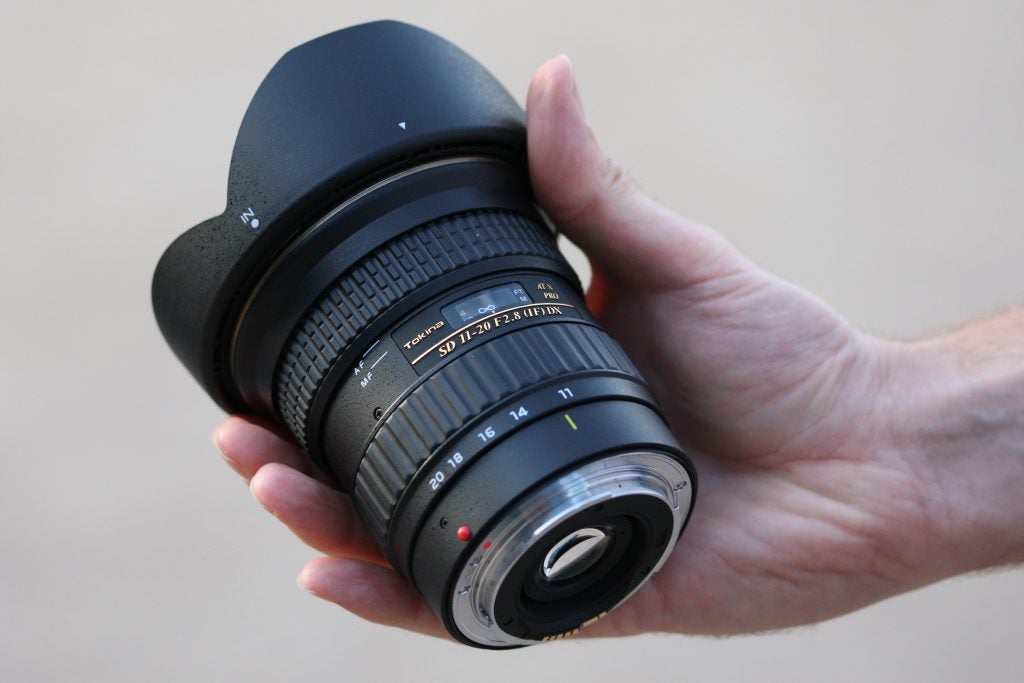 Tokina has also reworked the optical design. Unlike the Tokina AT-X 11-16mm f/2.8 PRO DX II, which had a construction of 13 elements in 11 groups, this lens incorporates 14 elements in 12 groups with nine aperture blades. Modifying the optical construction has increased the weight of the lens very slightly from 550g to 560g, and the minimum focus distance is reduced to 28cm.

The construction of the lens sandwiches two glass moulded aspherical lens elements between three super-low-dispersion glass elements in an effort to keep contrast and sharpness high, while minimising spherical aberrations. Towards the front of the lens group there’s also what’s known as a P-MO aspherical lens that contributes towards the bulbous appearance of the front element. 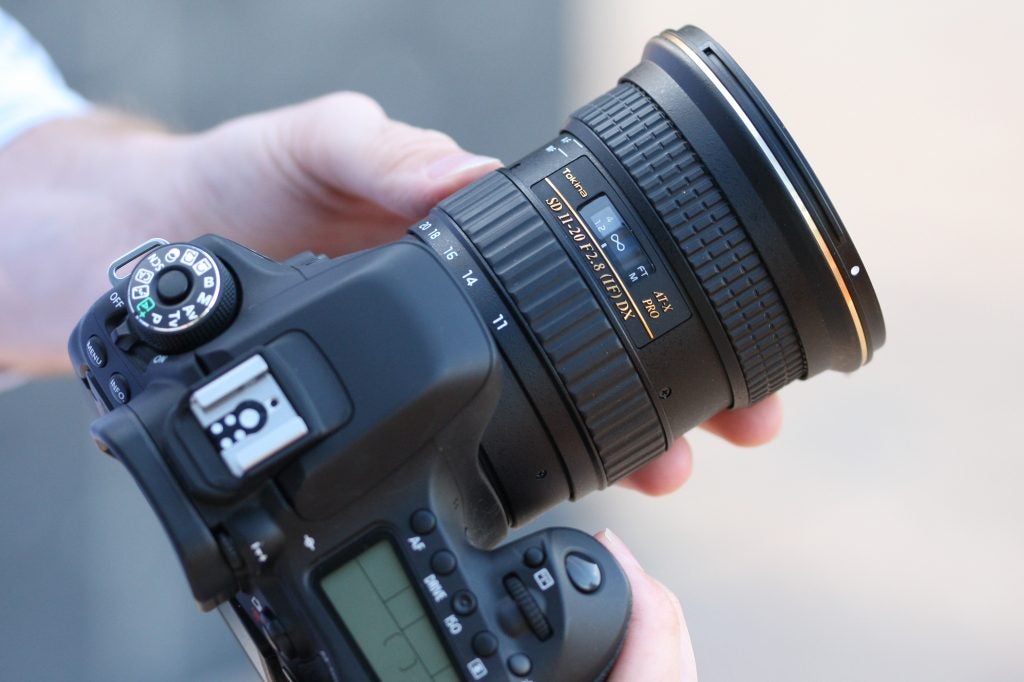 The lens has a minimum aperture of f/22 and relies on the manufacturer’s multilayer film coatings to reduce internal reflections that can cause unwelcome ghosting and flare. Unlike some wide-angle zooms, it doesn’t feature optical image stabilisation to counteract handshake, but this isn’t as essential on a lens where camera shake isn’t accentuated to the same degree it is on longer telephoto zoom lenses.

An internal focusing system ensures the front element doesn’t rotate when zooming, which is important for those who regularly use polarisers or other manually adjustable filters such as a variable ND grad. The front of the lens is also larger in diameter than Tokina’s previous 11-16mm wide-angle zooms. It accepts screw-in filters and adapter rings via an 82mm thread as opposed to the 77mm size.

At the rear you get a rubber ring that compresses as it’s mounted and effectively seals it against the cameras metal lens mount. Despite the secure fit it’s not classified as being weather-sealed throughout.

As part of the boxed contents you receive lens caps for front and back as well as a plastic BH-821 petal shaped lens hood that locks with a reassuring click when attached.

For a lens that boasts an f/2.8 maximum aperture and 82mm filter thread at the front, I was expecting it to be larger than it is. This is described as a compact ultra-wide-angle zoom lens and Tokina has successfully made it a practical size without being too bulky. At its widest point it’s 5mm thicker than the Tokina AT-X 11-16mm f/2.8 PRO DX II. It’s a couple of millimetres longer too, but just like its predecessors it feels comfortable and well balanced when it’s paired with an average-sized APS-C DSLR and supported on the palm of your left hand. 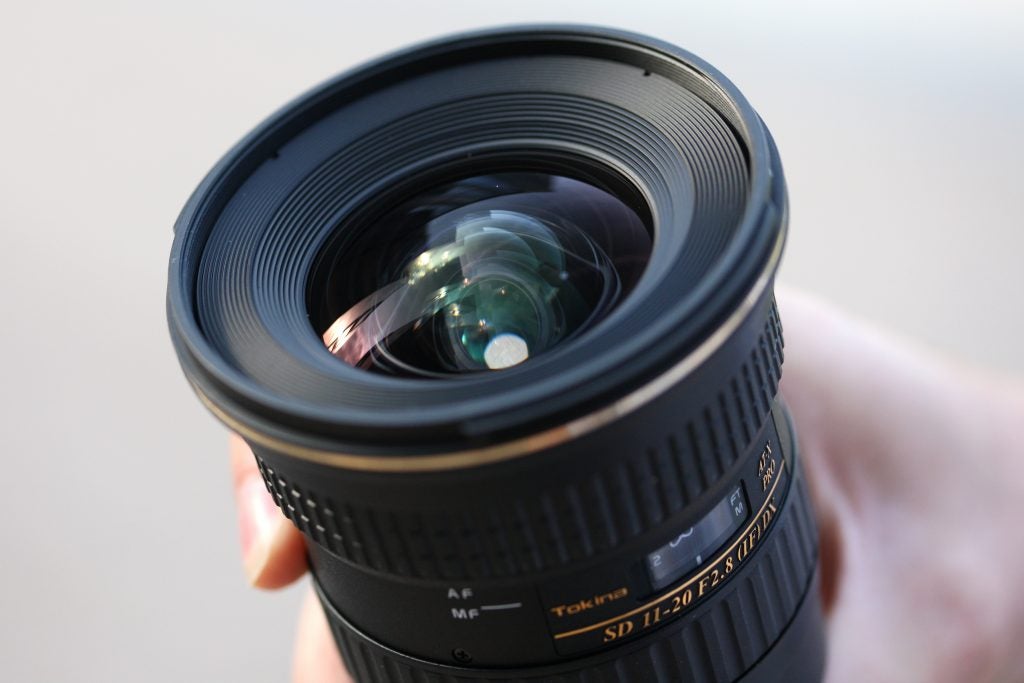 One of the key differences between this optic and cheaper wide-angle zooms is its build quality. Although it does feature plastic in its construction, it’s robustly made and you get the sense it’s built to last the severity of day-to-day use.

There is a broad focusing ring towards the front of the lens and a narrower zoom ring behind with a small focus-distance window located between the two. Both rings are rubberised to enhance grip and the focus ring has a finer texture.

The zoom ring operates across its range with less than a quarter turn and is rotated anti-clockwise to zoom in and clockwise to zoom out. Although the resistance of the zoom ring is greater than you get on some similar lenses, it’s consistently smooth and I was still able to zoom across the range using just my thumb from its resting position in the palm of my hand. 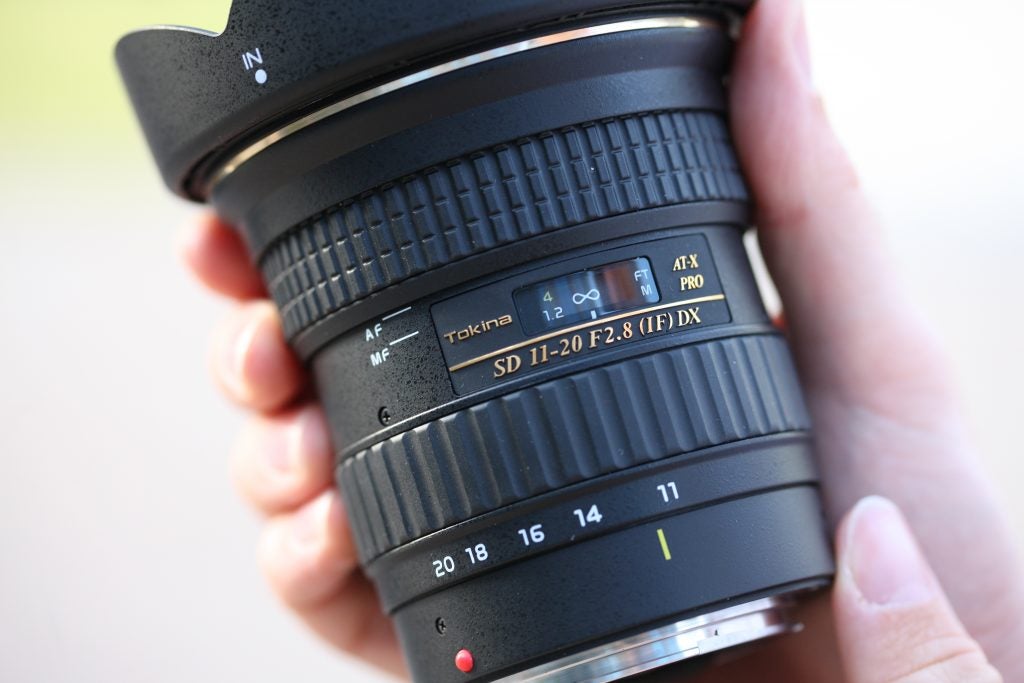 Those with an eye for detail will notice there are no switches to be found on the side of the barrel. Instead you get Tokina’s trademark one-touch focus clutch mechanism that allows photographers to switch between AF and MF by snapping the focus ring forward for AF and back for manual focusing. While this method of focus operation is intuitive, the drawback is the lack of manual intervention in AF mode. In use, I discovered that you need to be quite positive with the snapping motion to make it engage fully into the manual mode.

At the front of the lens you’ll find a white dot that pairs up with the white dot on the lens hood to make it that little bit easier to align and attach. Just behind this is the gold ring that’s become synonymous with Tokina’s AT-X PRO series lenses. As I found out on our review sample, though, this has a tendency to peel off, so I just removed it to prevent it from being a long-term distraction.

Extending the lens to the long end and asking it to autofocus between near and far subjects revealed that it’s far from silent in use. Although the whirring noises are fairly low-frequency, it’s one of the loudest lenses I’ve used recently. 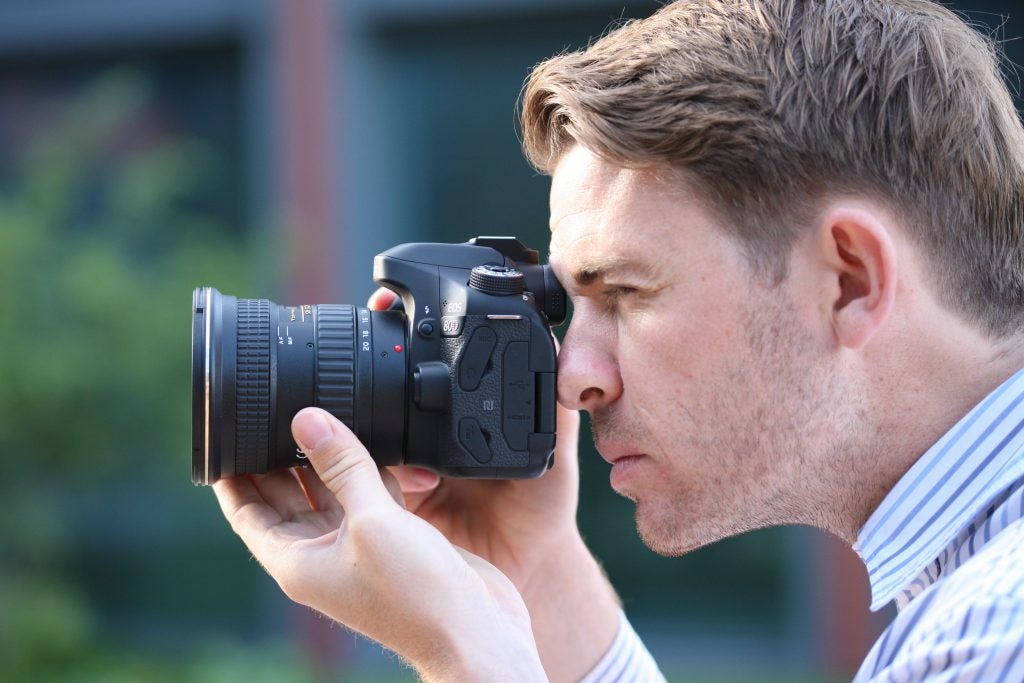 The autofocus whirrs and groans shouldn’t put off stills photographers, but they’ll be more of a concern for videographers looking for silent lenses that won’t disturb audio recording.

I paired up our review sample with the mid-range Canon EOS 80D DSLR. Inspecting a series of shots taken along the coast revealed its optical performance isn’t flawless, but nevertheless it delivers an admirable level of sharpness. 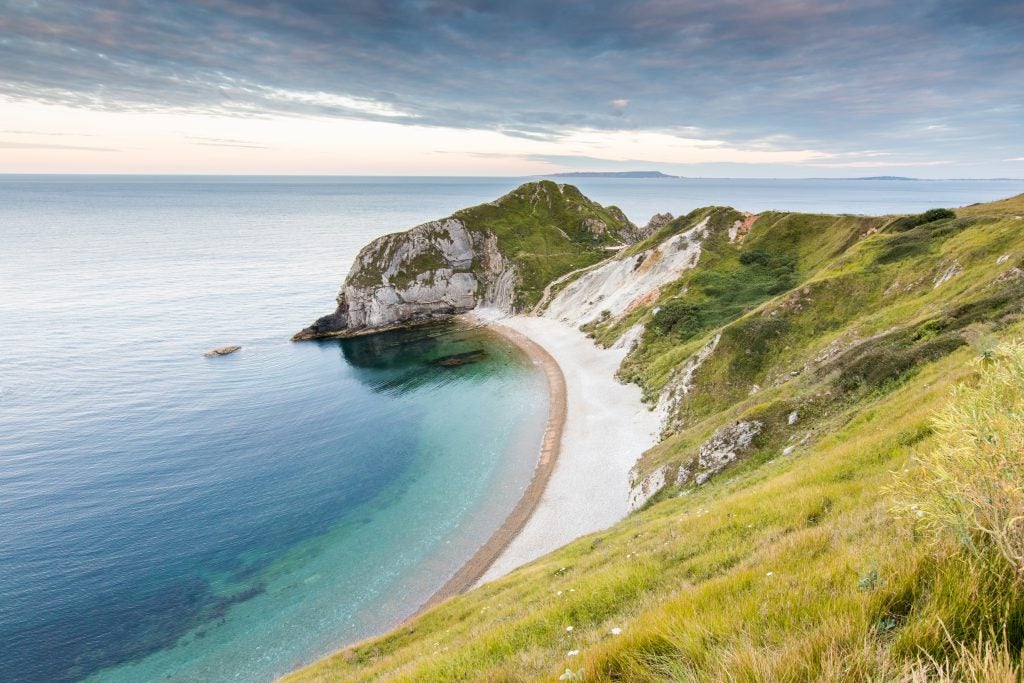 Stop the lens down from its maximum aperture to f/4 and you’ll notice an improvement in centre sharpness, with corner sharpness peaking between f/5.6 and f/8. Satisfactory results can be achieved at f/11, but beyond this point sharpness levels do start to tail off and diffraction creeps in.

There’s always an element of concern about how well wide-angle optics are able to control curvilinear distortion. Tokina’s older 11-16mm wide-angle zooms handled distortion well, and the same can be said for this lens. Using its widest setting you’ll witness some barrel distortion, but it’s not as pronounced as you might expect, and is easy enough to correct later, provided you shoot in the raw format and select the appropriate profile from the list of Tokina lenses. Barrel distortion becomes less visible when the zoom is extended to 16mm and beyond. 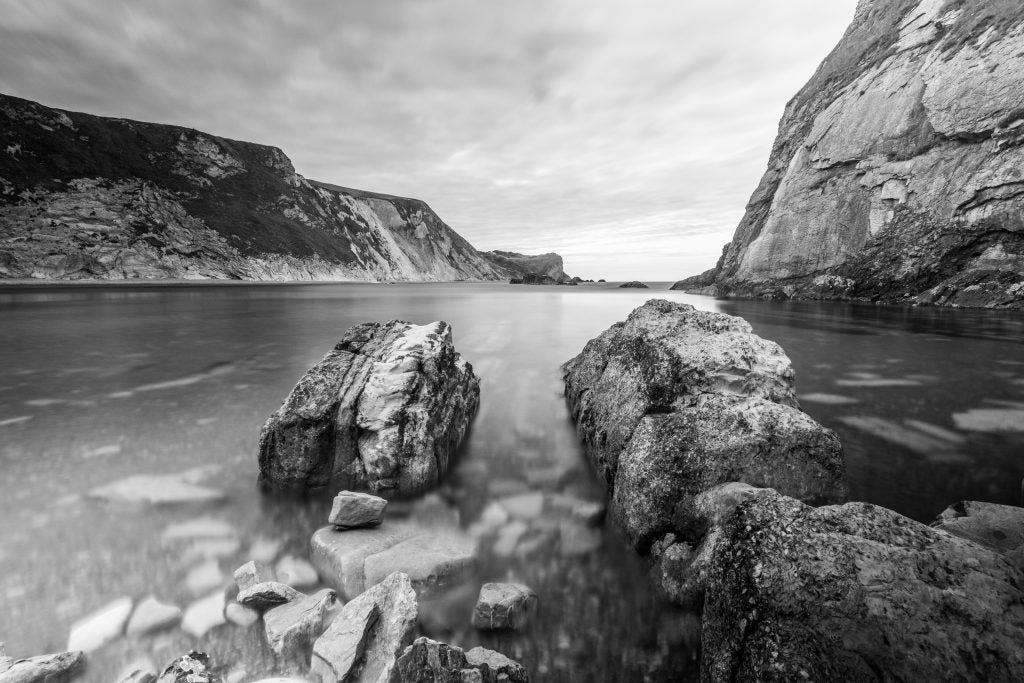 I also saw signs of chromatic aberration in my test shots, with purple and green fringing being traced along high-contrast edges of images taken of a castle ruins. Most modern Nikon DSLRs can correct this automatically as part of their JPEG processing, but Canon JPEG shooters don’t have this luxury.

As for corner shading, it’s most obvious when the lens is used at the widest point in its zoom range. It’s slightly less severe at 16mm and 20mm, and you’ll start to see an improvement by closing the aperture down by a couple of stops. If you plan to use the lens at 11mm and would like your images to be free of fall-off, straight out of the camera, I’d recommend setting the lens to around f/8. 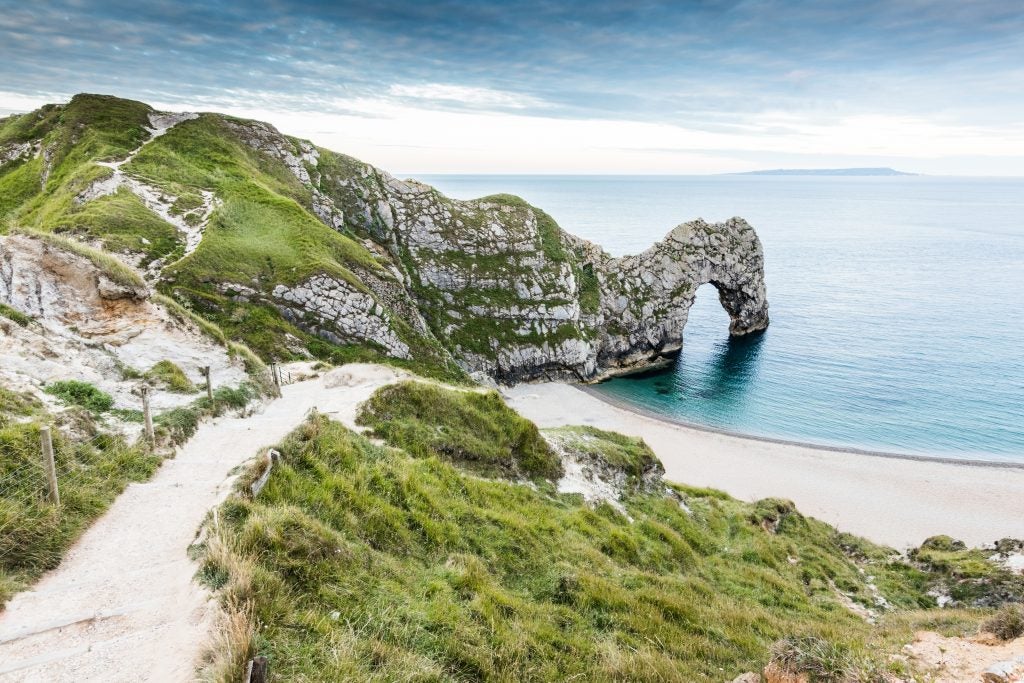 In the same way distortion and chromatic aberration can be removed in post, it’s possible to remedy vignetting in seconds – provided, once again, you shoot in the raw format and apply the correct profile.

The lens produced a set of test results that matched my real-world findings. Centre sharpness peaks at f/5.6 at all focal lengths, with slightly sharper results being recorded towards the edge at f/8. Dial in an aperture value of f/5.6 or f/8 and you’ll be close to producing the sharpest results you can with this lens. I’d advise not shooting too far beyond f/11, at which point diffraction starts to take its toll on sharpness. 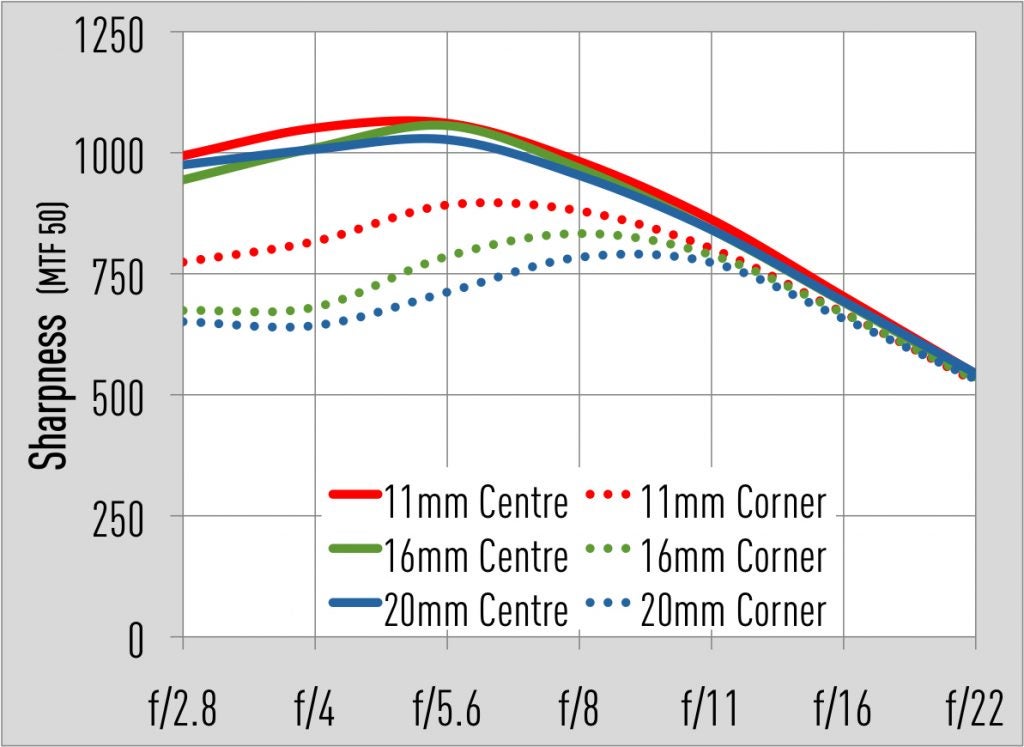 At its maximum aperture and you’ll notice that the edges of images appear darker than the centre of the frame. Light fall-off is noticeable wide open at all focal lengths, but it’s strongest at the 11mm position. Vignetting can be minimised at the point of capture by stopping down to f/8. Alternatively, it’s possible to correct it with a one-click fix straight from the Lens Corrections tab in Adobe Camera Raw or Lightroom CC. 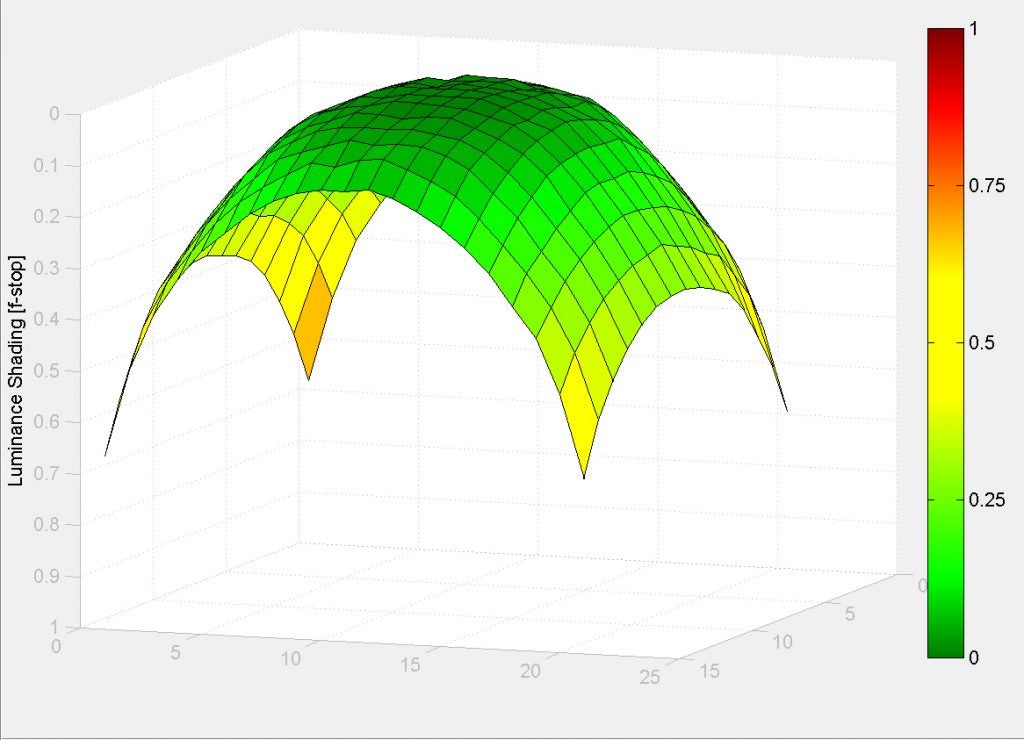 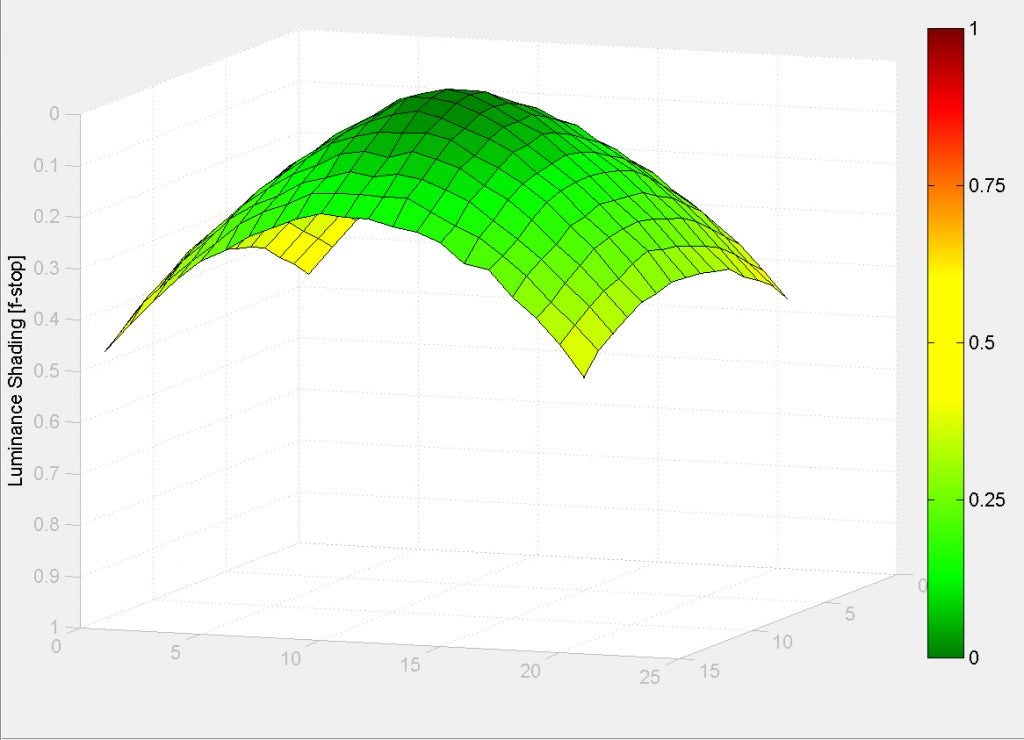 Barrel distortion occurs at the widest end of the zoom range and you’re likely to notice straight lines bowing outwards towards the corners. The good news is that it subsides as you progress towards 16mm. To remove the barrel distortion at wide focal lengths, I’d recommend applying the lens profile that’s available in Lightroom, Photoshop and Camera Raw. 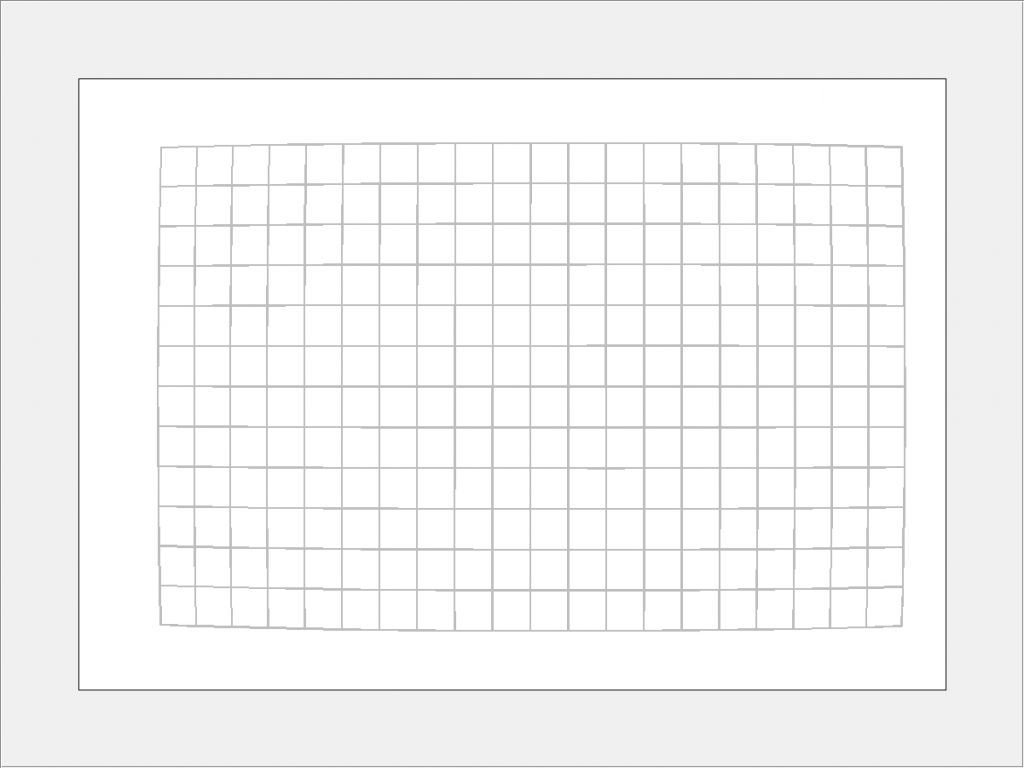 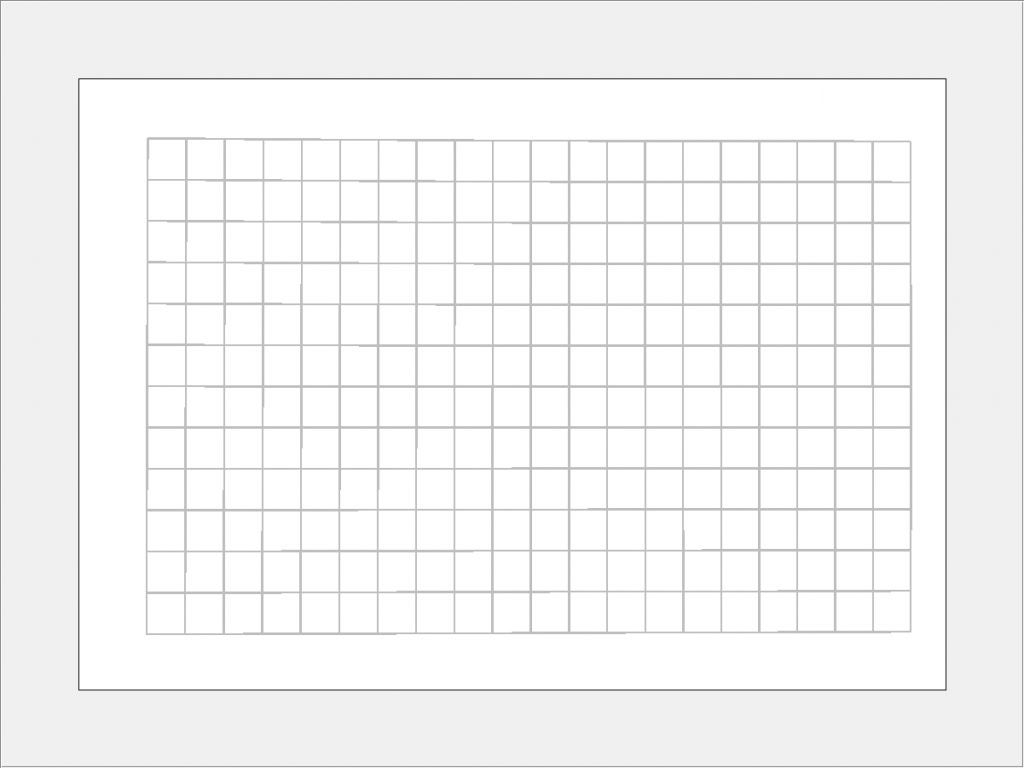 If you own a Canon or Nikon APS-C DSLR and know your photography would benefit from an ultra-wide-angle zoom with a fast maximum aperture, this is a lens that should be carefully considered. It’s up there as one of the most affordable wide-angle f/2.8 zooms you can buy, and offers great sharpness at wider apertures. The Tokina AT-X 11-20mm f/2.8 PRO DX also makes a solid case for itself with photographers who insist on having a faster aperture for shooting in low-light situations.

It’s not without its optical flaws, though, and to get the best out of it you’ll want to prioritise shooting in raw so you can easily correct the distortion, vignetting and chromatic aberration at a later stage.

A niche lens, but one that should be considered if you shoot on a Canon or Nikon APS-C DSLR and require a wide-angle zoom with a fast aperture at a reasonable price.