What is the Tobii Eye Tracker 4C?

The Tobii Eye Tracker is a way of adding another layer of interactivity to your computer. Designed to fit on your existing laptop or monitor, the slim eye-tracking bar constantly monitors where you’re looking on-screen, allowing for applications, including games, to respond accordingly.

It’s built into several high-end gaming peripherals, including some Acer Predator laptops and monitors and functions identically as a standalone unit.

But while the technology is super cool and works surprisingly well, it currently doesn’t add enough features to be the next must-have accessory. Plus, I’m not convinced it will be worth the initial investment for most. 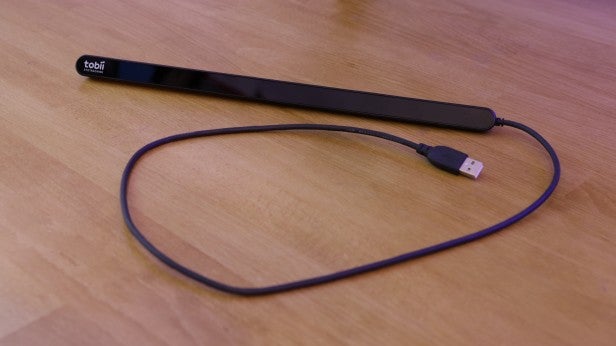 The 4C is a compact plastic black bar that rests beneath your computer display. It’s a little over 30cm long and it connects to your computer with a single USB 2.0 connector.

To attach it to your display, simply apply one of the two included magnetic strips to your laptop or monitor, on which the tracker then rests. Tobii has implemented the design very well; the entire unit is very unobtrusive when applied to my black computer monitor.

It isn’t perfect, though, as any surface with super-slim bezels will likely prove incompatible. The cable is also very short, and desktop users will need to have their computer positioned close to their screen if they don’t want to use an extender (which, sadly, isn’t included).

Inside the tracker sits an array of cameras – some project invisible infra-red light, while others track eye movement. After installing the free Tobii software, the eye tracker lights up and begins to calibrate for your screen size. Setup is simple, and takes about five minutes.

The tracking is very accurate, and worked without a hitch through my prescription glasses. You can enable an overlay to see where the unit thinks you’re looking, and it’s almost always correct. To ease the impact on your system, most of the data processing takes place inside the 4C unit itself.

CPU utilisation will vary depending on your PC; on my Core i7-6700HQ processor I saw an average figure of around 5%. In CPU-limited games, or on lower-powered systems, you may see reduced performance in some applications. 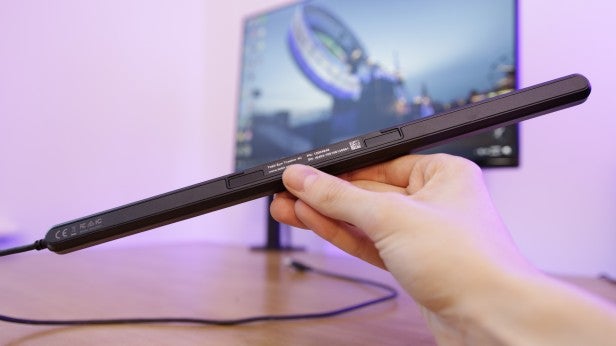 Connecting the Tobii eye tracker to your PC adds some pretty nifty features. Windows 10 supports a feature called “Windows Hello”, and you can access this feature via supported cameras and fingerprint readers. The 4C is one such device, and after an initial setup Windows can log you into your account without a username or password, using just your face.

It works really well, and thanks to the infra-red emitter, it functions in low light too. You can also set your computer to dim the screen when you look away from the monitor for a prolonged period of time, which worked smoothly in my testing. 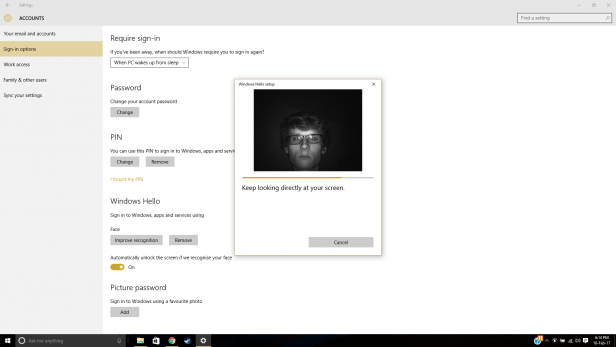 Other features have limited impact on computer usability, while some go as far as to hamper the user experience.

As you’d expect from an eye tracker, you can set up the sensors to move the mouse to the location you’re looking at on-screen. It’s a great concept, but it simply didn’t work well in practice.

The software works by warping your cursor to the point of your focus on-screen, providing you move the mouse or trackpad several centimeters. Not only did it not respond to movements predictably, but the cursor never went to the exact spot I wanted.

Ultimately, this results in a fight between you and the eye tracker, and it quickly becomes frustrating.

There are other features that work slightly better, however – such as selecting an open window in Alt-tab via gaze alone. To be honest, though, I still find it faster and more user friendly to do this the old-fashioned way.

It’s worth noting that all of these features can be turned on or off at the operator’s discretion.

I should also point out that this is a great solution for anybody less able to use their hands when operating their PC.

Tobii is marketing this as a complementary device for PC games and it does exactly what it says on the tin. Currently, the list of games that feature support for Tobii eye tracking is limited, but the device is garnering support from companies such as Ubisoft. Notable AAA titles include Deus Ex: Mankind Divided, Elite Dangerous and Watch Dogs 2. For my testing, however, I decided to revisit Rise Of The Tomb Raider. It’s a bit of a surreal experience at first. Tobii uses a number of features to supplement the gaming experience, with “Infinite screen” at the forefront. Tomb Raider utilises the head and gaze tracking of the the device to understand where you’re looking and then moves the camera accordingly.

Enabling the tech threw me off at the beginning, but after time to adjust, I became accustomed to the window-like effect of the screen. I wouldn’t say that it’s a game-changing experience, but being able to look to the left and then have the camera move of its own accord is pretty cool. It’s snappy, too, and for the most part it works.

However, I did find that I needed to tweak the responsiveness, and I also found myself fighting the camera from time to time. Following a 90-minute session, I was also suffering some eye fatigue – presumably from forcing controlled eye movements. 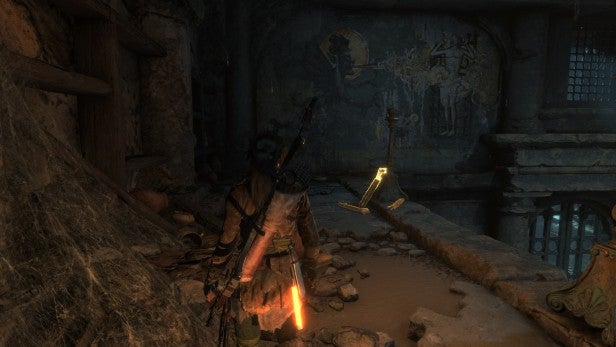 The place that the tracker really shines, however, is with its less-pronounced features. Many games support the function to highlight in-game objects by simply looking at them. In Tomb Raider, collectables get a yellow outline, and the UI fades away when you’re not looking at it. It’s these features that feel the most natural, and work without any real thought from the user.

I’d love to see this kind of integration in more games; Rise Of The Tomb Raider was the only supported game in my 300-title strong steam library. 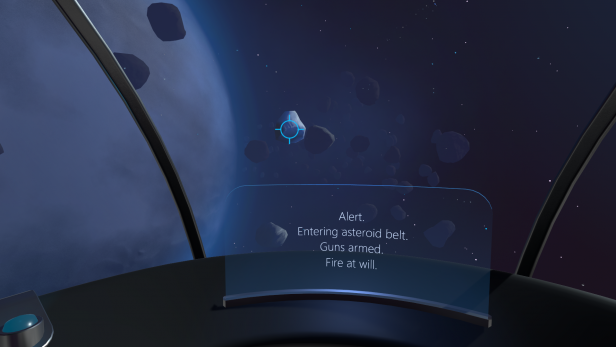 Should I buy the Tobii Eye Tracker 4C?

The 4C is one of the most interesting pieces of technology I’ve used to date, and I’ve been very impressed with its capabilities.

If every game was able to take advantage of the sensor it would be easy to recommend. But at present, it’s a great tech demo that can log you into Windows and add a layer of icing to a very limited selection of cakes. Icing alone isn’t worth £139. 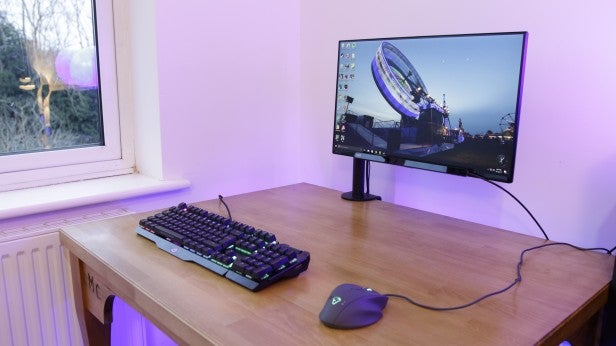 A brilliant showcase of technology that’s for early adopters only.