The TicPods 2 Pro are a solid set of true wireless earphones, if you're a fan of open-tip designs. Issues with their noise isolation and fit make them ill-suited for gym use, however.

The TicPods 2 Pro are the latest Apple AirPods rival from Mobvoi – a joint venture from a collection of Google and Nokia alumni.

They aim to pull the same trick as the original TicPods Free, offering equivalent services to their fruity competition but for a radially lower RRP.

For the most part they succeed in this endeavour and are a solid choice for those on the market for a good-value alternative to the new Apple AirPods Pro. I’m not completely convinced by some of Mobvoi’s design changes, however.

The TicPods 2 Pro sport a fairly similar design to the regular TicPods 2. This means they’re different to the original TicPods Free. The most notable change is the lack of silicon tips, which means they sit loosely in the ear like the regular AirPods.

For some people, the open-bud design will be a boon, removing the need to shove the earphones into your ear canal – but I’m not a huge fan. 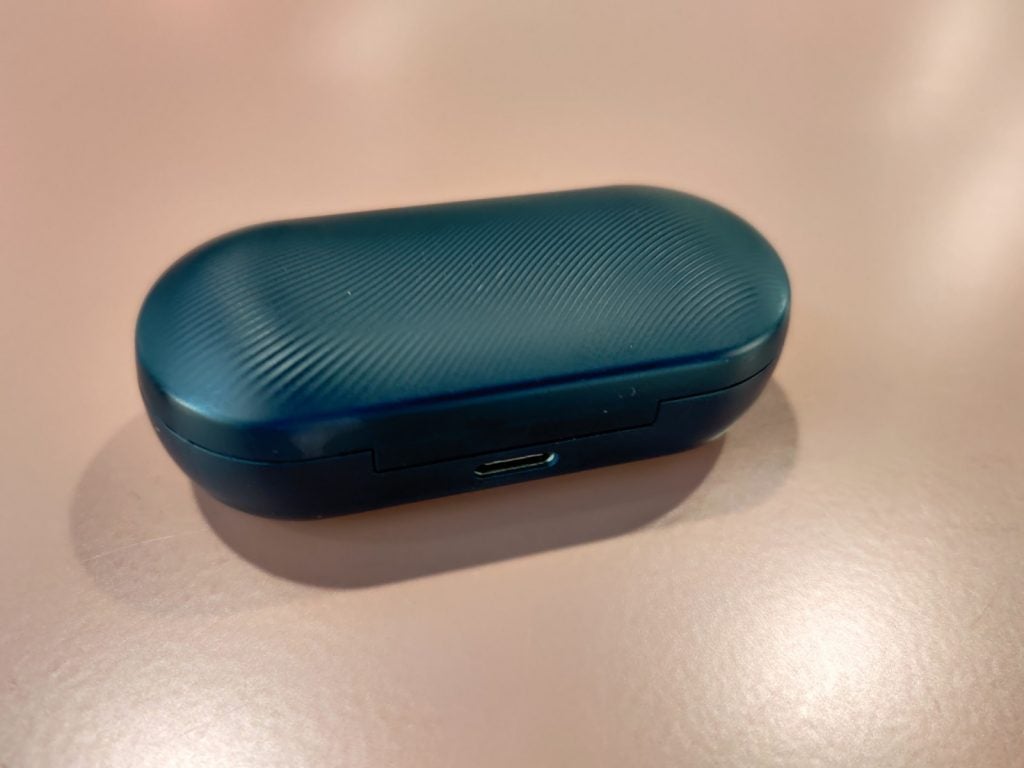 Noise isolation is non-existent and the seal you get isn’t good enough for gym use. I regularly found myself having to re-seat the TicPods Pro 2 while running, which is a shame since they meet IPX4 dust- and water-resistance standards.

Fortunately, the changes to the design are generally positive. The headphones feature a smaller charge case with an improved 20 hour’s worth of charge, and an updated USB port. The buds themselves offer a quoted three hours of listening time, which I found was accurate during testing.

The case and buds are both built of plastic but build quality is solid – the case easily survived an accidental drop onto a pavement mark-free and without the buds dislodging.

TicPods 2 Pro features – A few key improvements, plus the Tic-services are interesting

Under the hood there have also been a few key improvements. These include a move to the more stable and lower-power Bluetooth 5.0 connection standard, improved dual-mic noise cancellation, and the addition of Mobvoi’s custom TicHear and TicMotion services.

The mic noise cancellation does what it says on the tin, improving sound quality when using the TicPods 2 Pro to take calls. Despite continuing to struggle in windy conditions, the mics are a marked step up on competing sets I’ve tested recently – the Jabra Elite 75T, for example. 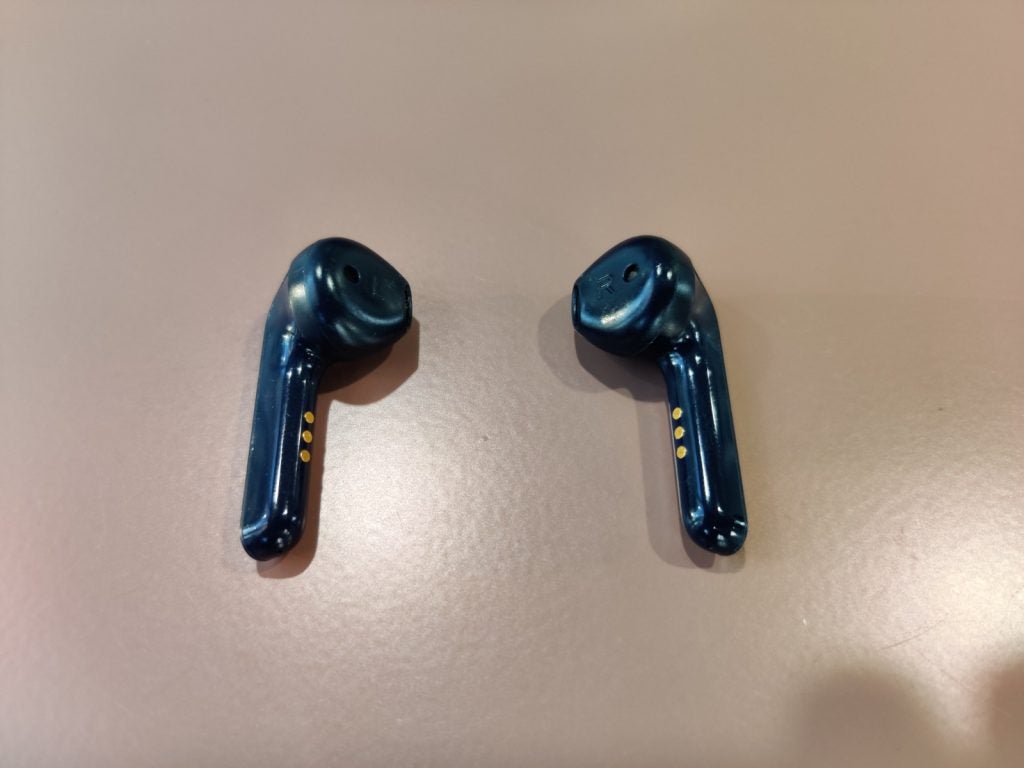 The Tic services are interesting. TicHear is a voice command service that allows control of your music and certain phone features via voice command.

The reality is it’s a quick-access feature in the same vein as the more established Amazon Alexa and Google Assistant services, with the only real difference being that you activate it by saying “Hey Tico”. Nevertheless, it’s a decent addition, and during testing the service generally worked well and the TicPods understood what I was asking.

TicMotion, as you’d guess, is a motion-control service. It lets you do things like answer calls with a nod of your head. The controls work okay, although they require fairly over-the-top motions to activate. They’re reasonably useful if you have your hands full, but after a day with the TicPods I found myself defaulting to the buds’ touch controls.

For an open-bud, £120 pair of true-wireless, the TicPods 2 Pro perform pretty well. The Bluetooth 5.0 connectivity means the buds offer a suitably stable connection in most environments.

Using them around London I experienced serious dropouts only in busy signal areas, such as King’s Cross station, where 99% of the sets I test suffer.

AptX is another welcome addition that’s rare at this end of the market, and means the buds support 24-bit music quality over Bluetooth.

Audio quality doesn’t come close to matching what you’ll get on more expensive true-wireless sets, such as the industry-leading Sony WF-1000XM3. And with regular listening the isolation is an issue.

Audio quality is otherwise more than good enough for most casual listeners and easily matches, if not beats, what you’ll get on the regular Apple AirPods. 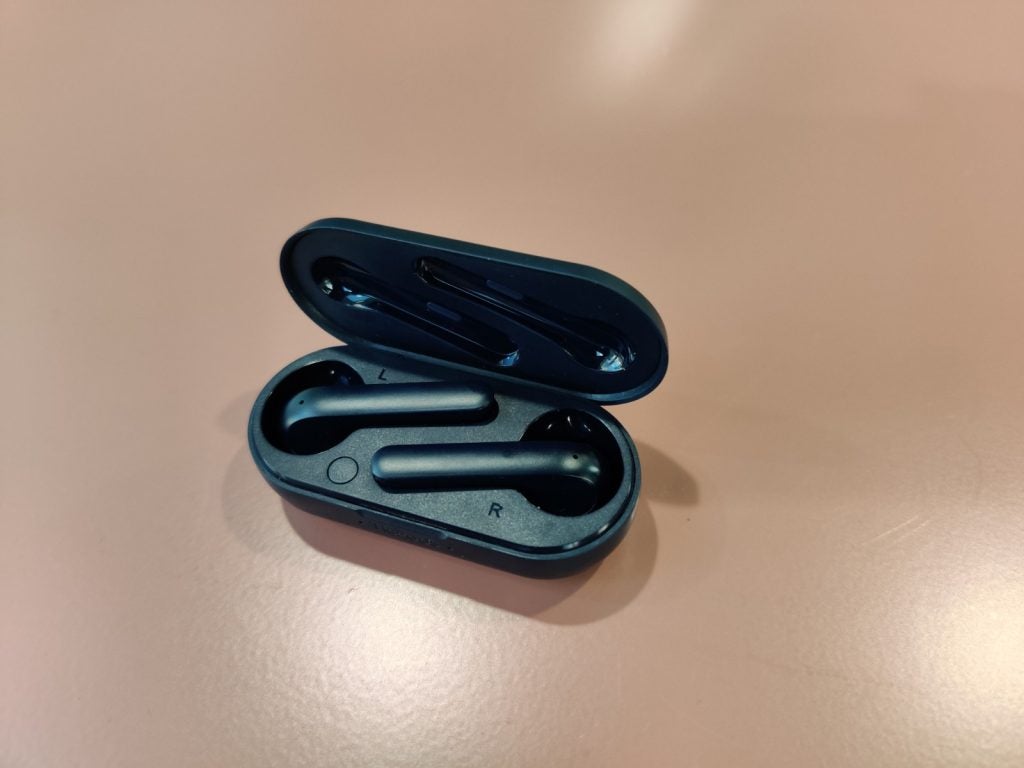 Tonal balance is okay. Listening to classical music, the high sting parts were suitable separated from the rumbling percussion section – although mids could be a little more pronounced.

The low-end isn’t overpowered and feels tight compared to the Beats Powerbeats Pro, for example. Jazz double-bass had a pleasingly precise thud that didn’t intrude on the high-hat heavy drums and wandering piano parts.

My only minor quibble is that dynamism could be a little better. Listening to post rock, crescendos didn’t have the same impact they did on rivals such as the Amps Air 2.0, although at this price that’s hardly a surprise.

Should you buy the TicPods 2 Pro?

If you like open-bud design headphones, but don’t fancy the regular Apple AirPods, then you could do a lot worse than TicPods 2 Pro.

They offer a few atypical features at this price, chief of which is Qualcomm aptX and Bluetooth 5.0 support. They also offer better audio quality than the competing regular Apple AirPods.

However, the open design means they offer terrible noise isolation when compared to silicon tip sets such as the Amps Air 2 or older TicPods Free. The fit and seal also isn’t solid enough for gym use, which is a key annoyance.