We’ve seen earphones separating themselves from the competition in a number of ways, but to the best of our knowledge the Thinksound ts02+mic earphones are the first to pitch their eco-friendly credentials as a selling point. From the recyclable packaging – including cables tied with string, rather then secured with cable ties – to the wooden casing, Thinksound has attempted to ensure that every aspect of its earphones keeps the environmental impact of producing them in mind. The question, therefore, is whether doing so has resulted in any unbearable compromises. 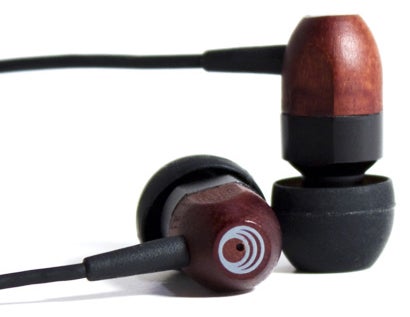 At £59 a pair, Thinksound isn’t charging a massive premium for the green credentials of its earphones. Even if you don’t care for the eco-friendly nature of the Thinksound ts02+mic earphones derived from the use of recycled material in creating their packaging, you’ll definitely appreciate its benefit in ensuring there’s a minimal amount of superfluous cardboard surrounding the earphones. On a more practical level, we like the use of cotton for the carrying case bundled with the ts02+mic earphones, as it rejects synthetic materials without being any less practical.


The wooden casing of the earpieces has the twofold benefit of coming from a renewable source, and of providing a resonant material for encasing the Thinksound ts02s’ 8mm drivers. It also looks rather fetching, especially in the ‘chocolate’ (read: dark wood) and black colour variations; though the ‘silver cherry’ option isn’t unattractive. 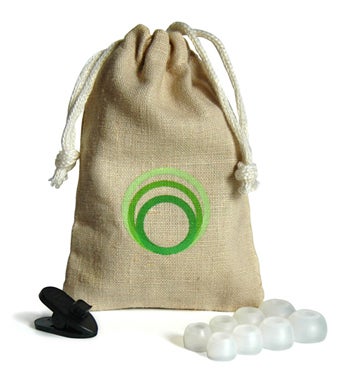 Sticking with the environmentally friendly stance, the plastic used in the cables of the Thinksound ts02s is PVC-free. Technically of natural origin are the silicone tips, provided in four sizes, although we’ve yet to see silicone come out of the ground in such a convenient form. We were able to get a comfortable, noise-excluding seal with the second smallest tips, so can’t see any buyers having an issue. If a better seal than the available tips can achieve is needed, Comply foam tips can be purchased separately.

The in-line microphone does its job well, with our voice being heard clearly by the recipient of a test phone call. We’d have liked to see in-line volume controls, but to its credit Thinksound has gone for mass-compatibility with the play/pause control. This is compatible not only with iPhones and iPods as you’d expect, but also with BlackBerry’s sporting a 3.5mm jack, and most of the Droid handset range. The provision of a clip which itself clips onto the ts02s’ cable is thoughtful, as keeping the microphone and wiring pinned in place stops any noise being transmitted should you move about while wearing the earphones – a fairly common occurrence.

Listening to the Thinksound ts02 earphones, it’s not surprising to learn that the company was co-founded by an ex-Chief Sound Engineer of V-Moda. The tone is definitely reminiscent of the latter manufacturer’s bass-heavy leaning. Nonetheless although not entirely to our tastes, we didn’t find the low-end bias overpowering. Pop and rock tracks, in particular, are given a sense of warmth and fullness that we’re sure many users would equate with sounding good.


Putting the ts02s through their paces with the likes of the Sex Pistols and The Who and Foo Fighters, the bass-emphasis does have its benefits, with drums coming across with plenty of impact, guitars sounding suitably grungy and vocals are as forceful as the delivery deserves. Similarly, chuck on some N.W.A or Run-DMC and you’re unlikely to have any complaints about the ‘phat beats’ emanating from the ts02s.

However, line-up something a little less in your face – a little Simon & Garfunkle or David Bowie, perhaps – and you’ll notice that where the low-end has plenty of oomph, the high-end is somewhat lacking in definition. For this type ff music, something like the Etymotic MC5 earphones would work better. If you can stick to what the ts02 earphones are good at you shouldn’t be disappointed, though.


Even if you don’t care for their eco-friendly credentials – the unique selling point of the Thinksound ts02+mic earphones – they offer good enough build and sound quality to be worthy of their asking price. Our only point of contention is the potentially too-heavy bass, but many listeners that will mark that up as a positive.