It’s not every day that affordable – or even cheap – goes hand in hand with good quality when it comes to computer cases, but the Thermaltake Mambo manages to pull it off quite well. The design of this case is what drew my attention to it, as it looks rather smart in a simple sort of way.


The front of the case has taken some design cues from other Thermaltake models but it’s not as overly complicated as some of the more expensive models. The silver 50s car logo also adds to the overall feel of the case. Sadly the front is made from quite cheap plastic, something that lets down the looks. But considering the stuff other budget cases are made from this isn’t too bad. 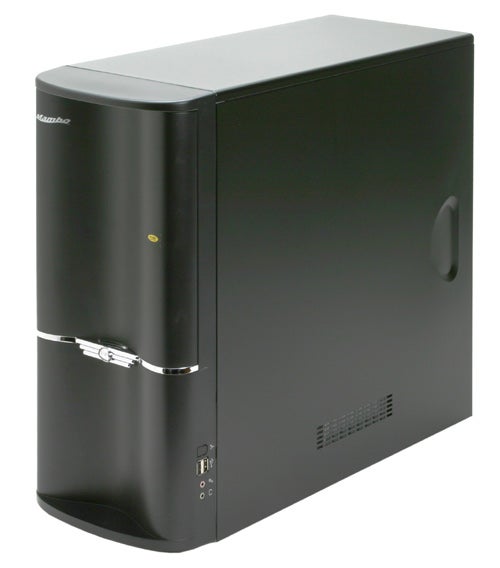 The door can easily be removed if you prefer easy access to your drive bays. However, this spoils the sleek look of the case and so my suggestion would be to keep the door in place. The door is also useful if you have drives that don’t match the black case finish as it’ll hide them when they’re not in use.


The left side of the case has a vent that’s ready to take an 80mm case fan or an air duct that would end up just above the CPU. There is an additional air vent further down on the same side to allow for cool air to be drawn in were the graphics card is situated. There are no fancy thumb screws, but you can always get a set of these for a couple of quid as an upgrade. 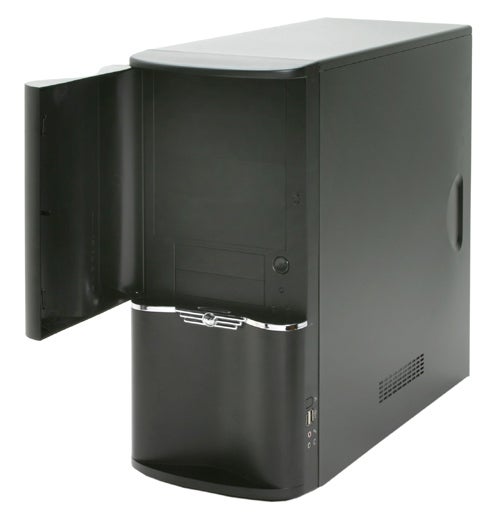 Opening the Mambo reveals an unhindered interior with plenty of room for everything but the biggest of motherboards. Interestingly, Thermaltake has done away with most of the brass motherboard stands. Instead the Mambo case is relying on small cones that are made out of mild steel and soldered to the motherboard back plate. This works just as well as the brass stands, although for larger motherboards you’d need to use three of these, all of which are supplied. The motherboard tray is not removable, but it shouldn’t be too much of a problem to slide a board in there.


The Mambo comes pre-fitted with a rear 120mm Thermaltake case fan. However, this is of the type that you have to connect to a four-pin Molex connector rather than to a motherboard header, which means some extra wires in the case. On the upside, it does have a sensor that can be connected to one of the motherboard headers so you can see if it is working in a suitable utility.

There’s a space in the front of the case for a second 120mm fan – this would be cooling the hard drives. The Mambo can accommodate five hard drives, although these have to be screwed in place. In its defence the front accessible 3.5 in and 5.25 in drive bays all use screw less drive mountings. These are different to any mounts I’ve seen before, but they’re very easy to use. What you have is something that looks like a rather oversized push pin that slots into one of a selection of holes along the side of the drive. 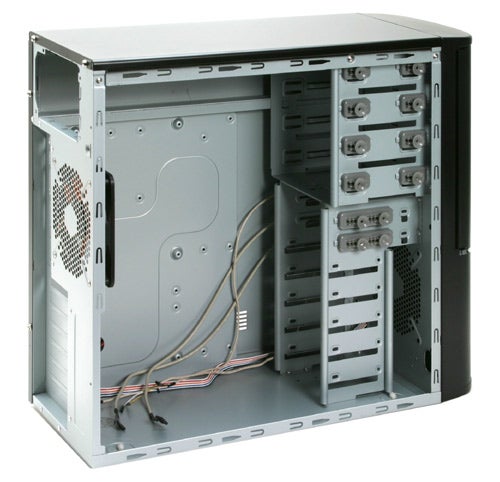 Before you slot the drive into its drive bay you simply pull the two push pins out, slot the drive in, and push the pins back into position to lock the drive in place. A problem that occurs with some screw less mounts of this type is that you can’t use things like fan controllers in the 3.5in drive bays as the screw hole in the brackets are too far forward. Thermaltake has solved this by having a screw hole at the front most part of each of the 3.5 in drive bays.


The Mambo has two side mounted USB 2.0 ports as well as a headphone and microphone socket. Wiring these up to the motherboard is slightly tricky as Thermaltake doesn’t use standard connectors here, but rather relies on single pin headers for the audio. The USB connectors use a set of four plus one plugs, so it’s important to align these the right way around or you could potentially damage your USB devices by reversing the power. 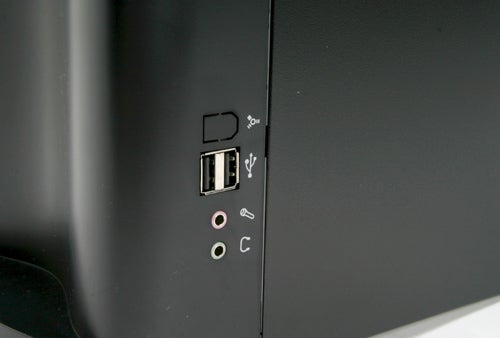 For those unfamiliar with building their own PC Thermaltake supplies a fairly detailed instruction book – this is pretty good considering that most budget cases don’t ship with a manual at all. It’s a step by step guide that shows how to install most of the components, but sadly it’s not in colour.


There is one small problem with the Mambo – you can’t currently buy it in the UK. However, when it does become available to purchase it should cost in the region of £35 inc VAT, which is a lot more expensive than some budget cases, but the Mambo is much better quality than most budget cases. Having worked in a computer shop some years ago I know by experience how bad some cheap cases can be – I even have scars on my hands to prove it.


The Thermaltake Mambo is a good budget case; it’s easy to build and looks far better than most low cost alternatives.