The storage demands of digital photography, video and music libraries are now so high on the average home user’s PC that it’s starting to make more sense to keep them on a low-cost NAS appliance. There’s certainly plenty of choice and we’re now seeing a demand for unpopulated boxes that allow you to add your own hard disks. Infrant’s ReadyNAS NV is a fine example but its price and massive storage capacity makes it more suited to small business use. The latest N2100 from Thecus looks a more interesting alternative for home users as this compact, low cost unit is supplied empty and can be fitted with up to two SATA hard disks. A feature that increases it appeal massively is the built-in iTunes server allowing the appliance to share music automatically with iTunes clients. 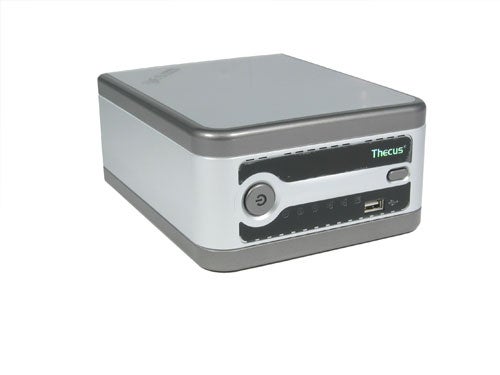 The N2100 is a completely plastic chassis and comes equipped with a 600MHz Intel XScale 80219 general purpose processor partnered by 128MB of PC3200 memory. That’s not all as it is endowed with a pair of Gigabit Ethernet network ports and three USB 2.0 ports as well. With the lid removed hard disk installation is fairly straightforward. A separate cage sits on top of the controller board and is released and lifted out after undoing four screws. There are no cables or wires to worry about as the cage has a single interface connector at the rear which plugs directly into the board. We originally selected a pair of 200GB Maxtor DiamondMax Plus 9 drives, which worked fine, although we strongly recommend checking the Thecus web site to ensure your drives are supported.


Installation won’t take long as the supplied utility displays all discovered appliances ready for configuration although bear in mind the unit has a fixed default IP address which the quick start guide fails to advise you of. The utility takes you through defining RAID arrays, network interface setup and activating the FTP and iTunes servers. With two drives installed you can opt for using them as individual units, a single large capacity stripe or a fault tolerant mirror. The web interface is easy enough to use and provides plenty of status information on processor and disk temperatures, fan speeds and all installed drives including USB devices. 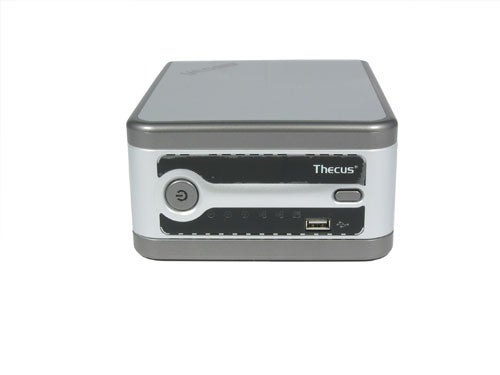 We have had some enquiries from readers about running temperatures of these smaller appliances and we can report that the drives did get quite hot with the status readout showing them holding at around 50ºC. Maxtor’s environmental limits for its drives state that ideal operating conditions extend to 55ºC without affecting reliability with a limit of 60ºC. Clearly, the drives are running within operating tolerances although we wouldn’t recommend leaving your chocolate bar on top of the unit. We also tested with a pair of Western Digital WD2500 SATA 3Gb/sec drives and found average operational temperatures dropped to a more comfortable 42ºC.

We were very impressed with the iTunes server functions as the N2100 appeared automatically as a music source in our iTunes client interface. We changed our preferences to point to the predefined public iTunes folder on the N2100 and could then import CDs directly to this location. The N2100 has an extra button on the front panel that ties in with the USB port underneath. Attaching a USB storage device and then pressing the button will cause the entire contents of the device to be copied to a predefined service folder on the appliance. It’s also worth noting that the contents of any USB storage device will also be shared publicly on insertion.


Only the CIFS/SMB protocols are supported and shared folders are created directly from the web interface, where you can implement ACLs (access control lists) using local username and password combinations and group memberships. Good levels of control means each user and group can be denied access or allowed read only or full write access to specific shares. For all public folders you can access them directly from a browser and view files, music and personal photo galleries. The gallery option is unfortunately very poorly documented and to function requires a folder for each user under which sub-folders must be created. Any image in the user’s root folder will simply not be displayed. 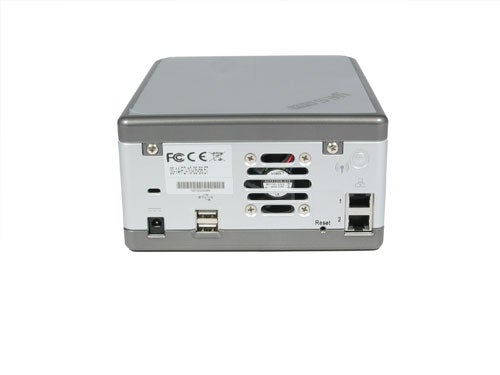 Wireless capabilities are on the cards as you can pop a wireless USB dongle into the unit which will cause a new WLAN option to appear in the management interface under the Network section. Security options are reasonable as you can turn on SSID masking, implement 64/128-bit WEP encryption and modify wireless DHCP settings. We used a 3Com 3CRUSB10075 USB adapter successfully but take note that the only other adapters supported are Zyxel’s G220USB and the GW-US54mini from Planex Communications. The motherboard does also have a mini-PCI slot for a wireless card and a hole at the back for an aerial but there is no indication that this is supported on the N2100. 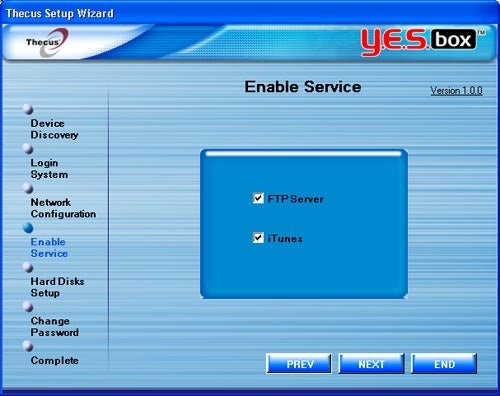 The Setup Wizard takes you through initial configuration and activating the FTP and iTunes servers.

The appliance automatically appears as a iTunes server to all clients allowing CDs to be imported directly to it. 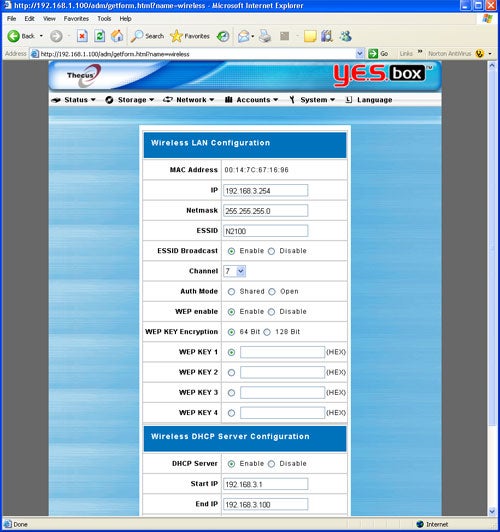 Add a wireless USB adapter causes this screen to appear but don’t expect any help from the manual as it doesn’t even mention it. 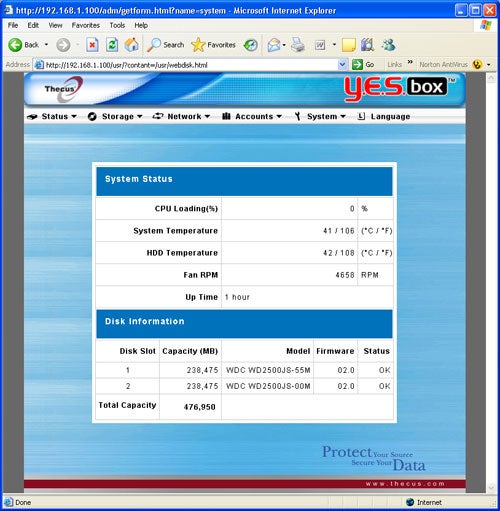 We found Western Digital hard disks were a good bet if you want to reduce operational temperatures. 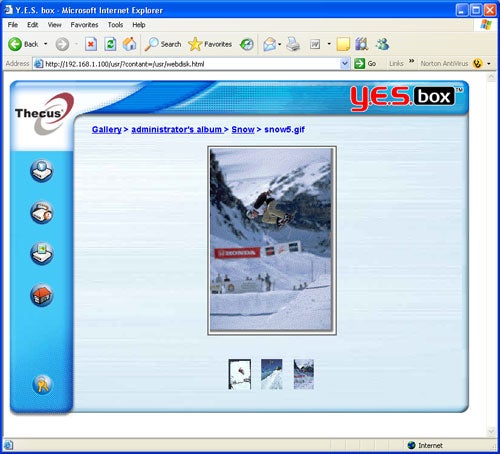 Keep your pictures organized in the Gallery but, yet again, manual related assistance is very basic.