The Wolf Among Us

Telltale Games has never had so much to gain and so much to lose. After years of trying to reinvent the graphic adventure, throwing out video game adaptations of movie favourites (Jurassic Park, Back to the Future) and resurrecting old LucasArts classics (Monkey Island, Sam and Max), the studio had its finest hour with last year’s tie-in for The Walking Dead. A superbly-written, brilliantly executed Zombie thriller, it dodged the usual Resident Evil clichés in favour of a story that focused on the human stories of the survivors, and involved real emotions, real drama and – most of all – real choice. Taken as a whole, the five episodes grew to become one of last year’s best and most critically lauded games, which puts the spotlight on what Telltale does next, The Wolf Among Us. 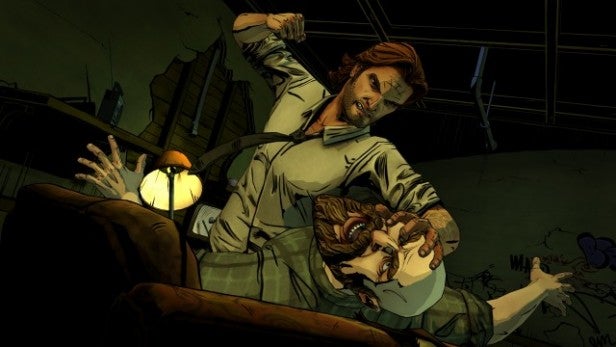 Well, a second season of The Walking Dead is coming, but in the meantime what Telltale has done next is another comic-book adaptation, this time a prequel to Bill Willingham’s Eisner award-winning Fables called The Wolf Among Us.

Like The Walking Dead, The Wolf Among Us brings comic-book visuals to life as animated 3D graphics, and the gameplay works in much the same vein, mixing aspects of the old point-and-click adventure game with quick-time event action sequences and the kind of dialogue you’d find in a Bioware game. Most of all The Wolf Among Us is a game of choice and consequence. The things you discover, the dialogue choices you make and the decisions you take will all impact the story going onwards, though exactly how still remains to be seen.

Whether you know the comic book or not, the basic concept isn’t hard to grasp. In what appears to be a late-eighties/early-nineties New York, a group of refugees from the land of folk stories, childrens’ books and fairy tales have set up their own community. Magical ‘glamours’ allow them to look human and mix with human society, but in reality they’re separated by their true nature, governed by their own bureaucracy and policed by your protagonist, Bigby Wolf – once the big, bad wolf. The first episode of The Wolf Among Us kicks off with a disturbance in a tenement block, and goes on to cover prostitution, murder, betrayal, fairy-tale class tensions and some fairly brutal violence. Along the way it kicks off a mystery that looks set to run through the season, which threatens to send shockwaves both through Bigby’s life and fable society. 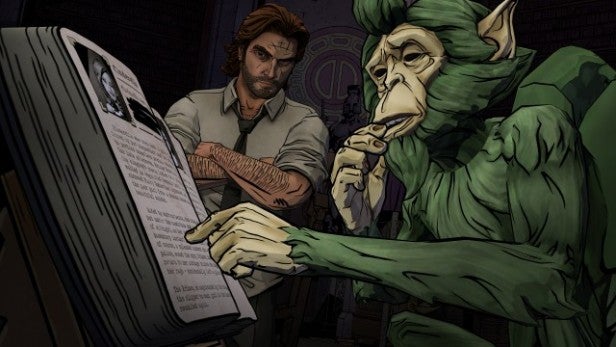 The visual style isn’t a mile away from The Walking Dead. New York, Bigby and his fellow fables are rendered in cel-shaded 3D graphics, looking every inch as if the comic-book has come to life. It’s also animated with Telltale’s usual skill and attention to detail, and while there’s nothing you could call realistic about the characters or their movements, a semblance of personality and inner life still comes through. The subdued palette and stylised lighting give The Wolf Among Us just the right film noir feel. It’s helped by generally excellent voice work – bar Mr Toad’s bizarre Dick Van Dyke in Mary Poppins British accent – and a suitably moody score.

The gameplay will also be familiar to anyone who’s played The Walking Dead. This first episode, titled The Wolf Among Us – Faith, is basically a series of scenes. In most, Bigby can move around the current area, interacting with the scenery and objects in the scene and talking to his fellow fables using a Bioware-style dialogue system with four opening gambits or responses. Cleverly, a timer bar runs down while you’re choosing, meaning you either have to decide quickly or say nothing; an idea which gives every conversation a real sense of urgency. Investigating the scene and choosing the right options will eventually lead to a payoff that takes you forwards to the next scene. 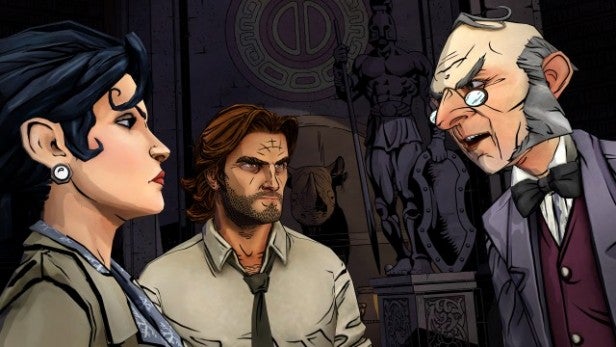 A handful of the scenes transform into action sequences – sequences of quick-time events where you’re either hitting thumbsticks and buttons in response to the on-screen prompts, or desperately trying to focus the cursor to hit a specific area on an enemy. It’s at this point that we’d normally moan about such things and how predictable and irritating they can be, but over the first season of The Walking Dead Telltale nailed producing action sequences that made the actions on the controller feel related to the actions on the screen, and in The Wolf Among Us the rapid pacing and generous checkpointing of the action sequences makes it hard to find them too frustrating. The result is that they actually work perfectly well in their context.

This first episode is reasonably linear as far as the actual scenes go, and if we have one criticism it’s that Bigby’s detective work is so simple and signposted that the game practically does it all for you. Whatever you do, you’re going to progress through each scene in much the same way. There are, however, choices to be made in each one and these are actually meaningful. One is effectively life or death for one character, while another will clearly have effects on how the second episode will play out. Meanwhile, a host of other decisions will affect how other characters in The Wolf Among Us see you and – if The Walking Dead is anything to go by – how those characters will react to you later on. 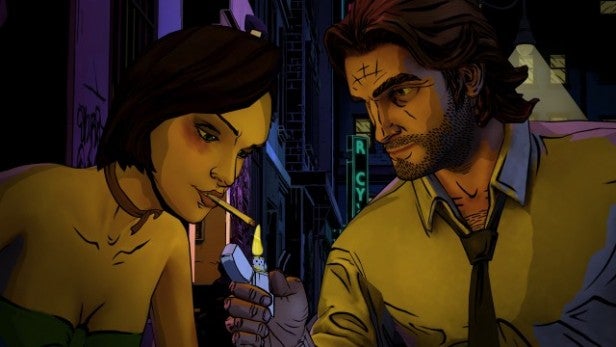 Now things get tricky. Games like this stand or fall on the quality of their characters and stories – in a very real sense, the story is the gameplay. Here The Wolf Among Us has an uphill struggle in comparison to The Walking Dead. It’s giving us a world that many of us will be less familiar with (even if you hadn’t read The Walking Dead, you might have seen the TV series and you’ll certainly have seen zombies before) and there has to be some exposition to settle us in and make us understand what’s at stake. Luckily, this first episode makes fairly light work of it, explaining only what it needs to and letting the situations and dialogue deliver the rest. Bigby turns out to be a likeable hard-boiled hero, and the rest of the cast hint at what seems to be a fascinating world. If this first episode doesn’t have the instant emotional punch of The Walking Dead’s, it has more than enough drama and intrigue to pull you in, before ending on a fantastic cliffhanger. If the big test of an episodic game is that you come away wanting more, right now, then The Wolf Among Us passes with flying colours.

Verdict
While not as immediately accessible as The Walking Dead, this first episode of The Wolf Among Us shows plenty of promise. It opens up a fascinating world with a great cast of characters, kickstarts a mystery and demonstrates Telltale’s commitment to gritty, emotionally-charged stories and real player choice. Episode Two can’t roll around fast enough.