Like the comic-books it’s based on and the TV series they inspired, Telltale’s The Walking Dead has never really been about the zombies. A world full of shambling undead flesh-eaters isn’t the subject of the game, but the crucible in which characters and relationships are formed, tested and often found wanting. The new episode, 400 Days, is no different. Designed to bridge the superb first season and the much-awaited second, it opens out the story from the journey of Lee and Clementine to look at another group of survivors struggling to live in a zombie-stricken Georgia in the first year or so after the apocalypse.

It doesn’t take the approach you might expect. In 400 Days there is no central protagonist or single storyline. Instead we get five loosely connected stories that intersect around a highway truck stop, and that all come together in a final coda. Each tale is around fifteen to twenty minutes long, and each features one character at a crossroads, with your choices helping to define the kind of person that they’re going to be. 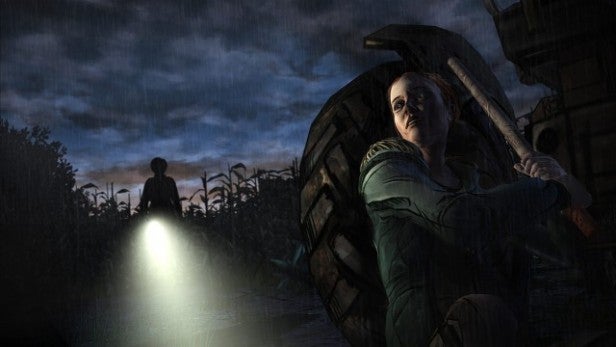 Graphics and Gameplay
Visually, it’s cut from the same cloth as Season One, with comic-book style characters and locations bought to life with strong lighting and atmospheric detail. While there are odd moments of stilted animation, 400 Days proves once again that you don’t need photorealistic graphics and motion-captured actors to provoke emotions in the player, and it’s surprising what the game can do with hand-animated faces, great dialogue and some excellent voicework.

Like season one, 400 Days is a descendent of the classic graphic adventure, and on consoles you use one stick to move around and the other to move a cursor in order to interact with characters, objects and the environment. This doesn’t mean that you’ll spend much time collecting objects and working out how to use them – puzzles aren’t really The Walking Dead’s thing – and a lot of the action is driven, more than anything else, through conversation. 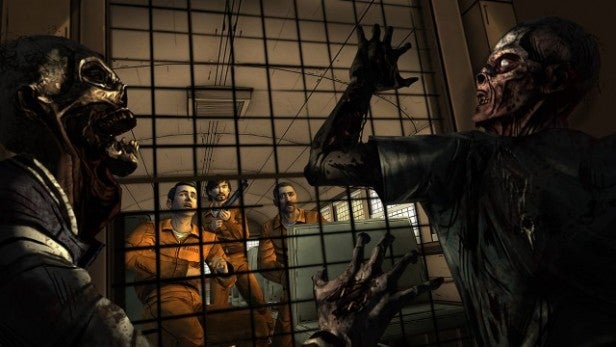 As in Season One you’ll find some action, with a fantastically tense chase sequence, a shootout and some stressful moments in the fog, but 400 Days is much more about the relationships between characters, and about what you choose in the game’s quieter moments. Can you be brutal and pragmatic, or do you still want to believe in a better world? Are you prepared to survive at any cost, or are some prices just too high to pay? It paints a world where noble sentiments can be a weakness and heroism rarely pays off, but where some human beings still strive for something more.

And while the game does rely on that most hated of mechanics – the
quick-time event – they’re carefully mapped so that they bring you
closer to the character and what’s happening to them, rather than work
as a simple shorthand for a sequence of acrobatic moves. When you’re
hammering that button or waggling that stick, it’s because your
protagonist needs to do something urgently or they will die. Similarly,
the use of a time gauge when making dialogue choices is a masterstroke.
You need to say something, even when the choices are so bleak that you’d
rather say nothing.

The Walking Dead: 400 Days – Enough Drama?
In
this respect, The Walking Dead and 400 Days are the successors of
Quantic Dream’s Interactive Drama, Heavy Rain, but here the activities
are more coherent and the quality of the storytelling is more
consistent. 400 Days is incredibly gripping, but it does have one
problem: length. 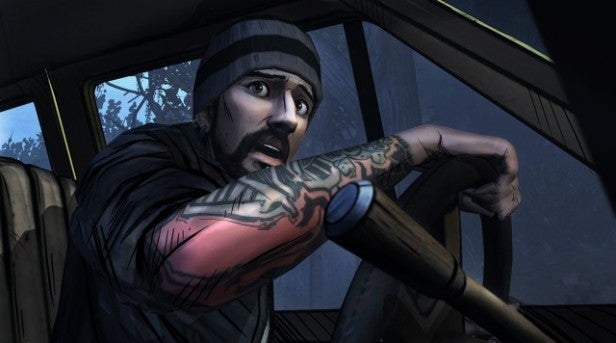 It doesn’t really matter that the episode is
short, and will be pushed through by most players in around 90 minutes
to two hours. At £3.99 on Steam and PSN or 400 MSPoints it’s not
expensive, and you can wring out some extra value by playing again to
see how different choices affect the outcome – and it appears the season
to come. What does matter is that each episode only gives you twenty
minutes to get to know that character, and that’s not really enough time
to build up much of a rapport.

What’s more, not all the
episodes are equally powerful. One, featuring a pair of stoners on the
run from a survivor gang, feels comparatively lightweight, while
another, set on a prison truck, falls into a number of clichés. You
can’t help feeling that, had Telltale focused on the three strongest
stories, you would have had more time with those characters and felt
even more involved. That’s not to say that the storytelling is ever
sloppy. Even its weakest parts are better written than most other games,
and it’s great to see a game that doesn’t underestimate its audience,
and that understands that what you don’t show can mean as much as what
you do. 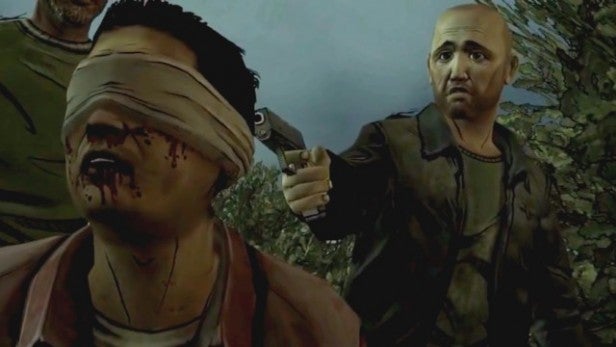 You do need to have invested in season one to play 400
Days, but if you haven’t already, then there’s no better time to sort
that out. We’re talking about one of the best and most exciting games of
the last twelve months, and one you really ought to play. And if you
did buy season one, then 400 Days is damn near essential. It doesn’t
reach the same heights as episodes 3,4 or 5, but it is still brilliant,
and as a taster of what’s to come, very promising indeed.

Verdict
You’ll
wish you had more time to spend in specific episodes, but this
anthology of tales from the world of The Walking Dead can still be
gut-wrenching, nerve-wracking and powerful, thanks to Telltale’s
excellent storytelling and atmospheric graphics that make the characters
feel alive. If you’ve played The Walking Dead this is essential. If you
haven’t, buy it now and then buy this.

Next
The Walking Dead: 400 Days – The Verdict Review