“There’s just one more thing,” I uttered in a nonchalant tone, turning on my heels back to face my subjects while dressed in a typically stained but undoubtedly authentic Colombo style Mac I’d picked up from the costume store earlier that day. “Which of you was the last to do the washing up, anyway?”

It was a tough case. Someone at Trusted Review towers had, for reasons unknown, nabbed the bottle of Tesco Original Washing Up Liquid that maintenance had paid out 79p for from the staff kitchen. So heinous was the crime that, rather than simply replacing the bottle with another, shocked staff instead resorting to using antibacterial handwash to do their dishes after lunch instead. 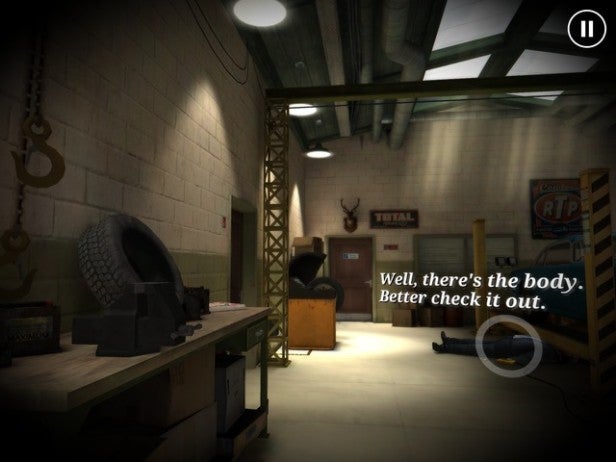 It’s a case that’s still ongoing, too – the criminal currently at large, hiding away somewhere in the office no doubt covered in soap suds – but I’m hoping the tips I’ve picked up from playing The Trace: Murder Mystery Game just might help me crack it in the weeks and months ahead. Believe it or not, though it sticks rigidly to a set formula and lifts elements from other games most folk will have played before, success in The Trace genuinely makes you feel like a bit of a super sleuth.

Playing as Detective Sam Pearce (entirely in first person view, a la The Room, so you never get the see just what Mr. Pearce looks like), your job is to track down every clue and every lead in a series of linked murder scenes, sorting through every object in every room and bringing them together to tell the story of just what happened. The game focuses around a family business, Oakley Classic Cars, and tasks you with solving the murder of dad Warren Oakley and the apparent capture of his daughter Linda Duckett for reasons unknown. 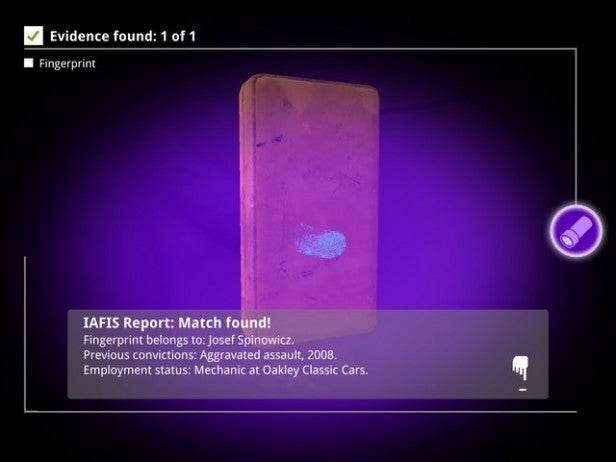 The plot, though engaging, changes very little about your process, however. Almost every object within The Trace can be interacted with, and you’ll find stages quickly become littered with questions, signified by red question marks over the appropriate area. These can range from simple questions – Why is Mr. Oakley’s PC still on? Or why is there less dust on one particular trophy on his office shelf? – to more complex quandaries, such as just how he died. Clues you find, which can be anything from fingerprints to blood stains or specific objects – can then be grouped together to answer these questions, with knowing which clues apply to which problems being the key.

Answered questions then trigger a mini video that details a little piece of the mystery, with the level cleared once all the clues have been found and assigned to the various different questions. It’s a system that encourages explanation, with the idea being to check every cabinet draw and scan every surface for clues, some of which only become clear under a UV light. 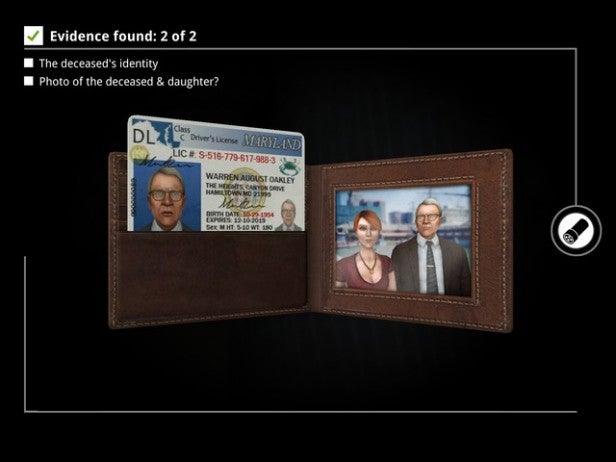 There’s also a bit of physical play on show here, with cracking safes, unscrewing duct covers and sawing through metal chains all a necessity just in the opening stage. What makes The Trace gripping is that it gives no hints as to what objects can be used where, or what clues apply to which questions. There’s no aid on offer whatsoever, meaning it’s quite possible you’ll find yourself stuck in a stage unsure as to how to progress, but rather than being in any way frustrating, this simply adds to the intrigue, piling yet more mystery onto each part of the case. (If in doubt, success in the Trace is simply a case of retracing your steps, examining every room in detail and playing around with every object on offer to unlock all the clues.)

There are also some really nice touches built into play. For some reason, actually having to answer incoming calls from your assistant Alex working back at the desk by tapping a familiar green icon adds an element of realism to proceedings, while the detail woven into all of the stages – the photos, the ornaments, the general signposts of life – really adds to The Trace’s realism. 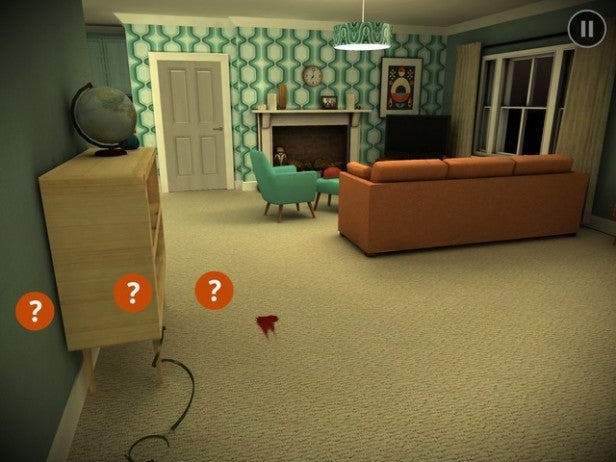 It leaves The Trace as a short, but nevertheless captivating take on the world of the lone detective, wrapping a compelling mystery around solid controls and a detailed environment to deliver the kind of quality adventure you might have expected to have flourished on iOS post The Room. Just don’t give in to the undeniable pressure to go out and buy a dusky beige rain Mac before playing.

Verdict
Undoubtedly taking cues from Fireproof’s The Rooms series, The Trace takes a similar approach to physical puzzle solving and drops it into the world of the detective, tasking you with piecing together the shards from a series of murders that centre around one seemingly normal family. With smart visuals and a plot that pulls you through, The Trace is undoubtedly an adventure of real quality.