In horror, it helps if you can rely on the protagonist. Whatever medium an author uses to tell their horror story, a degree of trust between the audience and the poor sod at the centre of it all is implicit. The realization that the protagonist you were following was unreliable all along is disturbing as hell. It’s worse when the journey that took you to that realization is as harrowing as it is in Town Of Light.

In LKA’s atmospheric exploration of the horrors of psychological trauma, players follow the story of Renee, a former inmate at the Ospedale Psichiatrico di Volterra psychiatric hospital. Committed to the asylum just before the start of the Second World War, Renee returns years later to piece together her past and find some closure to the horrific experiences she suffered.

Her years as an inmate have taken their toll; after spending some time in her company, Renee’s internal monologue starts raise hairs on the neck. It isn’t just the details she reveals that feel near-the-bone intimate, but she starts to contradict herself and soon you can’t be sure that all of the things you’re seeing – the odd door slamming shut of its own accord, the sounds of disembodied laughter – are real or just Renee’s broken mind playing tricks on her.

What is real is the brutal depiction of the horrors visited upon her in the past and it’s here that Town Of Light delivers the most heft. Renee’s story is revealed in a series of static drawings depicting all manner of abuse meted out by the hospital staff. Her existence is one of abject misery, suffering through sexual abuse, brutality, misguided treatment at the hands of orderlies who – surprisingly – aren’t painted as sadists but rather as mostly downtrodden, overworked and underpaid. There are moments of respite, true, but these seem to exist only to be cruelly snatched away. 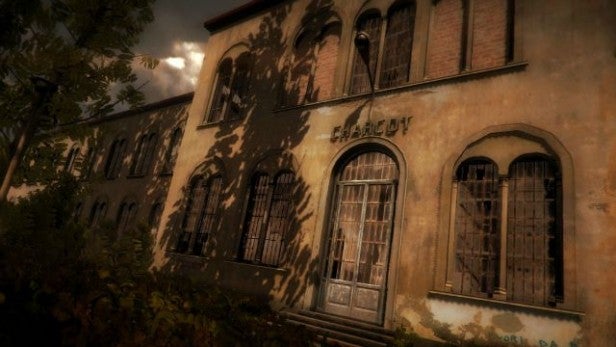 The Ospedale Psichiatrico di Volterra adds an element of flesh-crawling atmosphere to the events that unfold. Between its rust-covered finishing, walls marked with intricate graffiti and rooms filled with yellowing papers and smashed tile-work, Town Of Light’s environment feels like it’s as much a character in the proceedings as Renee. In flashbacks, it’s rendered whole again, cast in a clinical black and white and while there are signs of life in its corridors, there is no humanity here.

Occasionally, in the present day setting, players will happen upon an item – such as electroshock therapy chair – that issues an eerie reminder of the hospital’s dark past. The fact that Town Of Light’s setting and story is based on a real hospital and the events that transpired therein adds an extra layer of dread. It’s something of a pity, then, that when the game is evaluated as a game, it’s found wanting.

The term ‘Walking Simulator’ has been bandied about enough by disgruntled gamers, In the case of Town Of Light, the term fits better than most. The interactive options players have in the game are slim at best. Aside from wandering Renee’s former residence, picking up objects, fiddling with window latches and shining a torch into darkened areas, there’s very little to do. 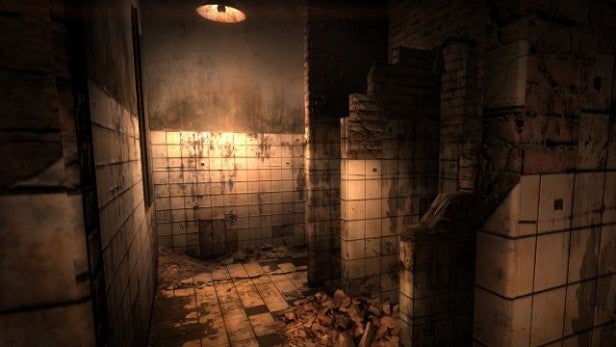 Furthermore, the asylum feels woefully underused; the list of items that players can interact with is rather small considering how much there is to explore. Unlike other games of this type such as Gone Home or Everybody’s Gone To Rapture, Town Of Light doesn’t fill its space with a whole lot to do; a lot of the rooms look the part – rows of books, a rusty wheelchair – but they’re wholly cosmetic.

Town Of Light doesn’t offer much in the way of catharsis. The path from Renee returning to the asylum that leads to the end credits contains a lot of disturbing scenes that to be frank, they make for hard viewing – at some instances I have to confess, I sat dejected in front of the game. LKA’s commitment to exploring its harrowing subject matter is to be commended, but after a while, I couldn’t shake off the palpable sense of despair and helplessness that Town Of Light made me feel. The fact that there are no supernatural entities to take the edge off made the experience all the harder to take; here, horror is visited upon humans by humans.

Town Of Light is hard to recommend to anyone who plays games for escapism or a challenge. It lives and dies on its story, which is likely to disturb, anger or depress anyone who plays through it. But those who persist will certainly never forget the experience and while it contains no jump scares, gore or ghouls, its impact as a horror story should not be underestimated. Here, the terror is human, all too human.