Available on Xbox One, PS4, PC
First the good news: The Technomancer is nowhere near as inept as Spiders’ last action RPG, Bound by Flame. It’s vaguely coherent, technically quite polished and shows glimmers of originality in its premise. And the bad news? It’s still far from great.

Sure, there are glimmers of greatness, but in a game that feels clumsy, underworked and oddly dated. For a game that can feel like the result of a collision of just about every big RPG going, it never comes close to hitting the same level as, say, a Mass Effect, Dark Souls or The Witcher 3.

In this semi-sequel to the earlier Mars: War Logs, you play the titular Technomancer – one of a breed of sci-fi warrior mages on a far-future colonised Mars. Seemingly abandoned by the rest of humanity some time ago, Mars has become home to a number of warring city states, housed in giant domes and run by totalitarian regimes.

Each one works with its own chapter of the aforementioned sorcerer soldiers, but while the technomancers play ball on the surface, they all have their own objectives beneath. What secrets will your own adventures uncover? What friends and enemies will you make? 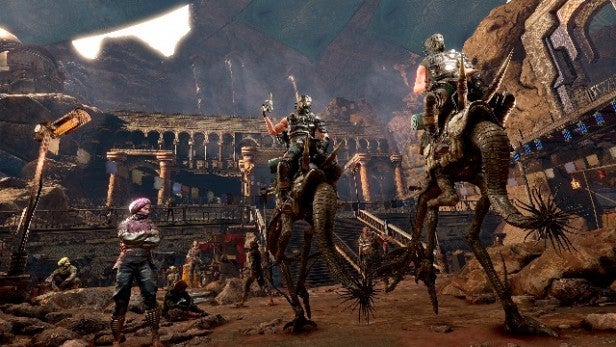 It isn’t a bad premise; one part gritty cyberpunk to one part fantasy, with a good-sized splash of the original Arnie Total Recall.

As a budding young technomancer, you kick off your journey co-operating with the local armed forces, handling insurgents, criminal gangs, enemy troops and rival technomancers, all the while juggling the city’s aims with those of your order. You’ll fight with blade and pistol, mace and shield or staff, yet also learn the ways of some weird, bio-engineered magic, summoning lightning to enhance your weapons or blast your foes. It’s an intriguing mix of styles.

Nor is that where the interest ends. The Technomancer is a combat-heavy action RPG, but it’s not afraid to mix elements from Dark Souls (the real-time combat heavy on carefully timed blows, shield guards and evasive rolls) with elements of a BioWare game (in its game-pausing action menus, pseudo-magic abilities and companions).

You’ll also be asked to switch between three stances, giving you a choice between fast but weak blows and evasive moves with pistol and dagger, a more defensive strategy with shield and club, or a mid-speed, wide-ranging offensive approach with the staff. Throw in the ability to combine any stance with your magic, and Spiders’ latest gives you a combat system that rewards a little exploring. 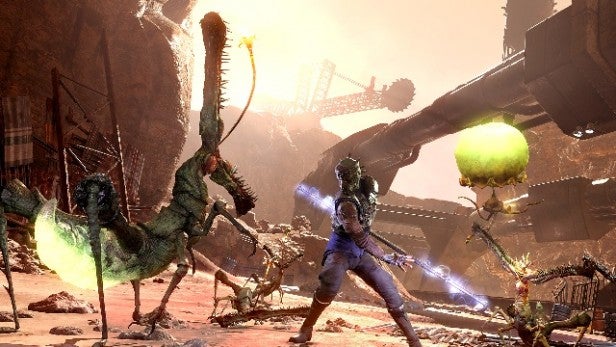 Admittedly, the more pacifist missions provide little more than a lite version of Mass Effect’s dialogue-driven, ethics-testing choices, but at least The Technomancer has the substance to handle big issues, albeit in a slightly clumsy, ham-fisted way. It’s a little annoying that so many rely on one percentage-based virtual dice throw then leave you with combat as the only fallback option, but I guess that’s just the way that these high-tech wizards roll.

Unfortunately, nothing quite hangs together as it should. It doesn’t help that the opening section takes place in a couple of large, open-world urban hubs, which make dull environments to roam around. They’re stuffed with enemies that spawn in the same place every visit, and NPCs so lifeless that you soon forget they’re there. There’s no sense that your Martian hometown is a believable place, or that your missions are anything more than battling and busy work punctuated by the odd, not-that-enthralling revelation. 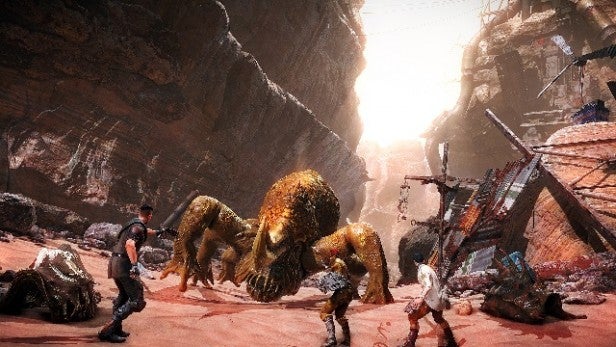 And while The Technomancer has all the trappings of a big action RPG, none of them prove all that satisfying. There’s a half-decent crafting system for upgrading your weapons and armour, but collecting the components required is slow and the results feel ineffectual.

The interface feels over-complicated, while character progression seems stretched needlessly across a series of skills, abilities and attributes. Even the combat doesn’t quite work.

The Technomancer hasn’t the precision of Dark Souls nor the flexibility of a Mass Effect, and an early Dark Souls-like boss battle only hammers this point home. Your first CPU-controlled companions don’t only lack personality but also a reason for being, beyond taking a little of the heat off you. The tactical controls are basic, the AI unresponsive, and for a good chunk of the game you can almost ignore them and let them do their own, fairly useless thing.

A number of minor points let down the game too. The narrative frequently feels underdeveloped, making your choices and those of the characters you meet feel motive-less or arbitrary. On the one hand, the game’s hinting that you’re working for the worst kind of fascist bastards, but you have little choice than to do their bidding.

When the plot takes a sudden, not-too-unexpected shift, it still feels strange and abrupt. Meanwhile, neither the facial animation nor the voicework is convincing, while the decision to give every character an impressively mundane forename and a job-related surname creates a bizarre impression. It’s hard to meet, say, Ian Mancer or Alan Rogue without wanting to chuckle. 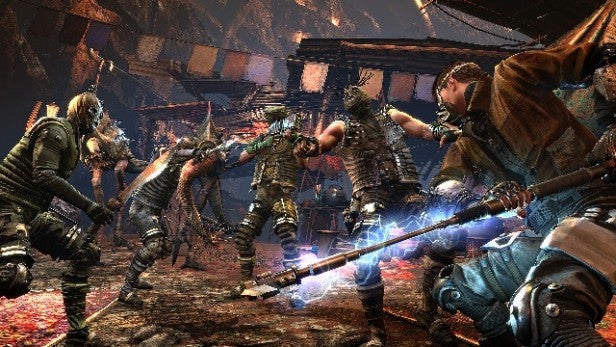 As it goes on, The Technomancer does get better. There’s nothing too much wrong on the technical side; detailed models, high-res textures, attractive lighting and a full range of shiny, wet and rugged surfaces are in play, even if the constant re-use of a few character models soon becomes silly.

Six or seven hours in, the art team suddenly realises that other colours exist beyond greys, reds and browns, and the oppressive, claustrophobic settings become more open, more imaginative and much lighter. Yet the art direction still feels too dependent on well-worn sci-fi sources, and real spectacle is short on supply. Sure, this is Mars, not some gleaming space opera dreamworld, but would it really hurt to have a little more eye candy to work with?

Yes, The Technomancer is guilty of that cardinal RPG sin of hitting you with the most ditchwater-dull stuff early on, saving all the fun for later. There are interesting characters to meet and fight with, fierce beasts to battle and strong areas to explore, but you won’t meet them for a long, long time. The result? I suspect too few players will actually make it beyond the least interesting opening stretch. 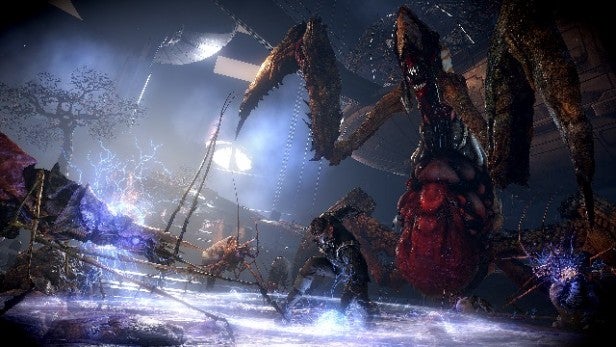 This is a long game with an epic storyline that belies its budget, but it’s never hard to see that budget poking through. That doesn’t mean that hard-core RPG fans won’t enjoy it, or even end up loving it, but unless you’ve already squeezed every last drop of gameplay from Dragon Age: Inquisition, The Witcher 3 and the Dark Souls trilogy, it’s hard to recommend picking this one up.

The Technomancer isn’t bad by Bound by Flame’s low standards, but since when has that been good enough?

Verdict
There’s a half-decent sci-fi action RPG lurking in The Technomancer, but you’ll have to work hard to find it. The opening six hours are close to painfully dull and even thereafter the mix of combat, exploration and dialogue-driven adventure never really catches fire. Buy if you’re a hard-core RPG fan looking for something to cover the wait until Mass Effect: Andromeda. Otherwise, steer clear.