Available on PC (reviewed), Linux and Mac
Usually, describing yourself as a ‘philosophical first-person puzzle game’ is a recipe for disaster and ridicule. This is a medium that still boasts very few works of a nature that ask you to look within yourself for answers to the questions that you’ve yet to figure out. Introspection is hardly fashionable across a modern mainstream gaming landscape obsessed with ‘epic’ action, body counts and levelling up.

The Talos Principle is the quintessential ‘slow burner’, an example of how expert pacing of a subtle nature can tease our curiosity and entice us to explore and understand an experience to a degree that instant gratification will never achieve. It plays hard to get, but once you’ve put the work it to uncover its mysteries it’s more satisfying than a one night stand could ever hope to be.

Immediately, its intentions are made clear. Computer commands hover over a sea of clouds in its truncated prologue, a cinematic that serves to introduce the relationship between nature and artificial constructs – a theme that pervades much of what’s to come. Fade to black and back and you find yourself within a ruined settlement without a clue, a seemingly divine voice from the sky designating itself as your creator and explaining that challenges lie ahead of you.

From here, you’re largely on your own – left to decipher the game’s language and use it to solve puzzles that allow you to progress and eventually understand the story behind these ruins and your place among them. 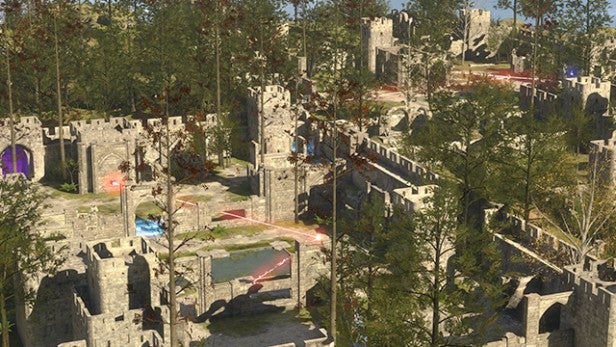 It’s here perhaps, that The Talos Principle most aptly demonstrates its skill and understanding of how game design can interact with the human psyche. While its puzzles eventually get complicated to a degree that even the most sadistically designed Sudoku fails to match, the simplicity of its interactions and the way they intuitively layer on top of one another means that learning follows a logical route. The feeling that you’re constantly filling your cerebral arsenal with new techniques and understandings further enhances that sense of enticement that pervades the entire name.

Learning, when presented in an engaging way, is addictive.

Puzzles task you with finding and collecting gaudily coloured sigils that are used to unlock and interact with new areas containing new puzzles. This acts to create something of a calculated template of progress that mirrors and enhances the artificial intelligence underpinnings that permeate the rest of the game. 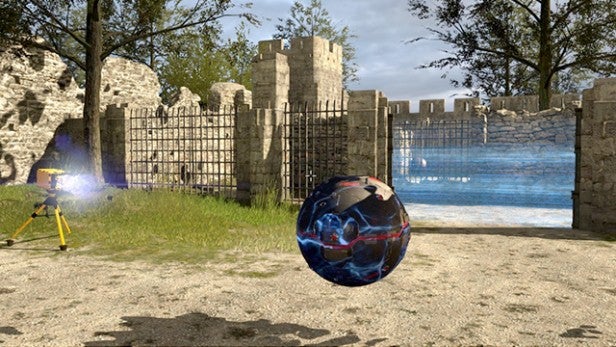 Your monotonous movement from place to place quickly results in you questioning the sanity and reality of these ruins that you’re exploring. A suspicion that is frequently given credence thanks to moments of static that disrupt the very fabric of this world and reveal it as (potentially) something akin to The Matrix.

To mention such a thing is not to ruin the narrative, such is the skill with which it has been crafted. How you want to interrupt the vagaries on offer here is up to you and it’s entirely likely that your conspiracy theories will adapt and change as the game teases more information into your hands. It’s a story that is not quite all things to all people, but it’s certainly something that warrants discussion and a sharing of understandings. 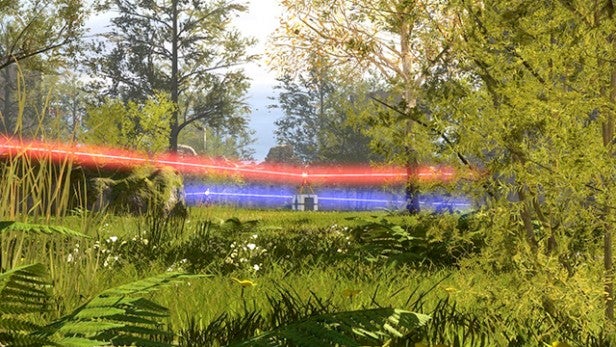 Helping you on your path to understanding are various tools that are essential for overcoming challenges and dangers. Automated sentries must frequently be neutralised using an electronic jamming tool; the skill often coming from the fact that you’ve less of these than you’d want, testing you to figure out how to disarm sentries when you’ve not been given enough jammers. Another tool allows you to create a copy of yourself, perfect for those moments in which multiple tasks need completing simultaneously. Lasers can be deflected with a further tool, meaning locked doors and similar obstructions can be bypassed.

Best of all, however, is that these tools are not provided as your sole means of progression – ridding them of any potential to feel gimmicky and clichéd. As with Portal – a game that The Talos Principle is, for better or worse, destined to be forever compared to – your own dexterity and timing of movement is just as key as your mastery over technology. 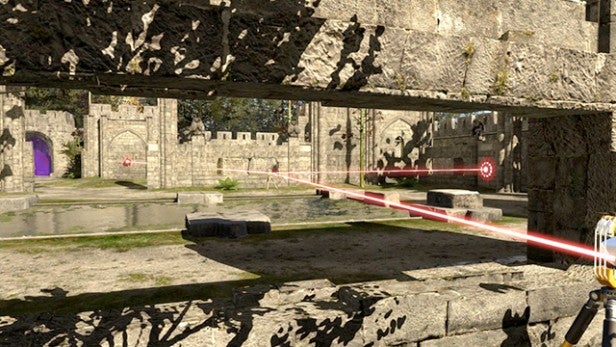 Using stealth to avoid sentries and stationary turrets, moving only you’ve memorised their patrol patterns and know it’s safe, is just as important as any other interaction you can make. You need not have the kind of input dexterity required to traverse the likes of Bayonetta or Street Fighter, but precision of movement does remain an essential component. Although, like everything else here, success is garnered by how you think about performing these actions rather than the performance itself. Brain over brawn.

Resultantly, success is generally of the kind that makes you feel smarter than you probably are. Depending on how your brain works you’ll struggle with some puzzles more than you will with others, sometimes having to take yourself away from the game in order to provide yourself the clarity of thought required to make that missing connection. These eureka moments are a reward in and of themselves, the solution coming seemingly by way of divine inspiration while you’re concentrating on something else entirely. 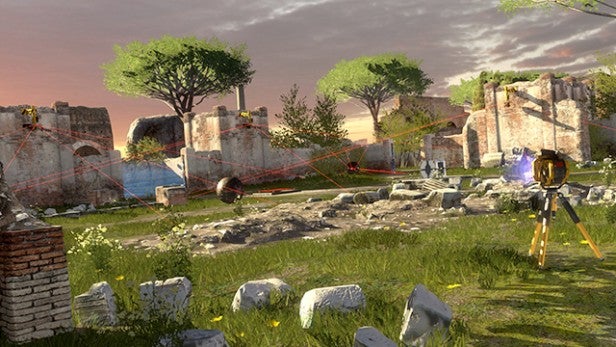 Still, none of the puzzles are overly punishing in their design and anyone with experience with this genre will probably not find themselves at a dead end for too long. This removes The Talos Principle from the ‘veterans only’ category and makes it as good a starting point as any for those looking to indulge the path of the videogame puzzler.

Verdict
The fact that everything plays out so smoothly here suggests that the finished product is extremely close to the designers’ original vision for the project, a compliment that certainly can’t be levelled at all games. This clarity of creation brings us a game of expert pacing and reward, as well as one that possesses more depth than the vast majority of its genre peers.
Whether you play it for the puzzles or for the introspective questions on life and the human condition, The Talos Principle reveals itself to be a lesson worth taking.