The first title from One Bit Beyond, The Swords of Ditto is a lovingly crafted procedural roguelike inspired by everything from Steven Universe to The Legend of Zelda: Link to the Past. It’s a visual and mechanical treat that challenges even while drawing you into its gorgeous, hand-drawn world. It also has giant moustache-twirling cats and sassy undead dung beetles amongst many other ridiculous moments.

You play as a legendary hero known as The Sword of Ditto, who arises every 100 years to defeat Mormo, a mythical witch intent on destroying the world. Your task is to gather special toys capable of destroying her from dungeons across the Kingdom. Obviously, this is easier said than done, and will likely take multiple generations of clumsy heroes to finally save the world.

You’re reincarnated into a new hero after each death. After receiving the ancestor’s spoils from their grave, you continue the journey. Only experience and a few specific items will carry over, so challenge is always afoot as enemies grow stronger alongside you. Never knowing whether you’ll transform into a man, woman or even an animal has a cutesy charm to it, too. 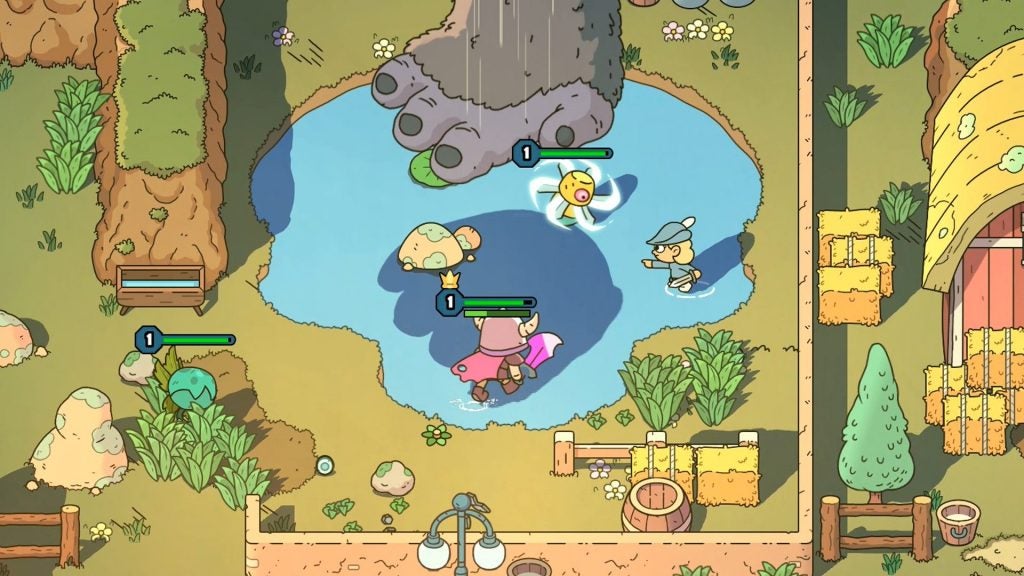 The Swords of Ditto relies on a basic combination of exploration, combat and quests. Following a brief smattering of tutorials, you’re thrust into the procedurally generated world to explore at your leisure. It changes with each life, so you’ll come to learn a large, interconnected world before having it all stripped away after one tiny mistake. This can be frustrating, but knowing you’re potentially seconds away from losing it all is a solid motivator to act responsibly. Although, this didn’t stop me from being consistently trounced.

There’s a handful of familiar landmarks that co-exist between each generation, such as shrines used to reverse time or provide you with an extra life. You have only four days to gather resources and extinguish Mormo, and how you decide to do this is up to you. Legendary weapons can be acquired from dungeons to deactivate triggers. Hampering these devices will make the final boss fight easier, but takes away valuable time you might want to spend elsewhere.

Time is always a factor in Swords of Ditto, and constant on-screen reminders force you to prioritise tasks despite knowing the end for each character is inevitable. I normally spent my time grinding or investigating dungeons for special weapons or stickers I could carry over to the next life. Stickers are essentially pieces of equipment that provide you with unique stat buffs and abilities.

You can carry these over to future heroes by spending crests, a special currency separate from coins used at storefronts scattered across each session’s town, a hub of sorts filled with quirky NPCs and quests to pick up. Stickers can also be exchanged with townsfolk as a way of obtaining rare buffs, without breaking the virtual bank. 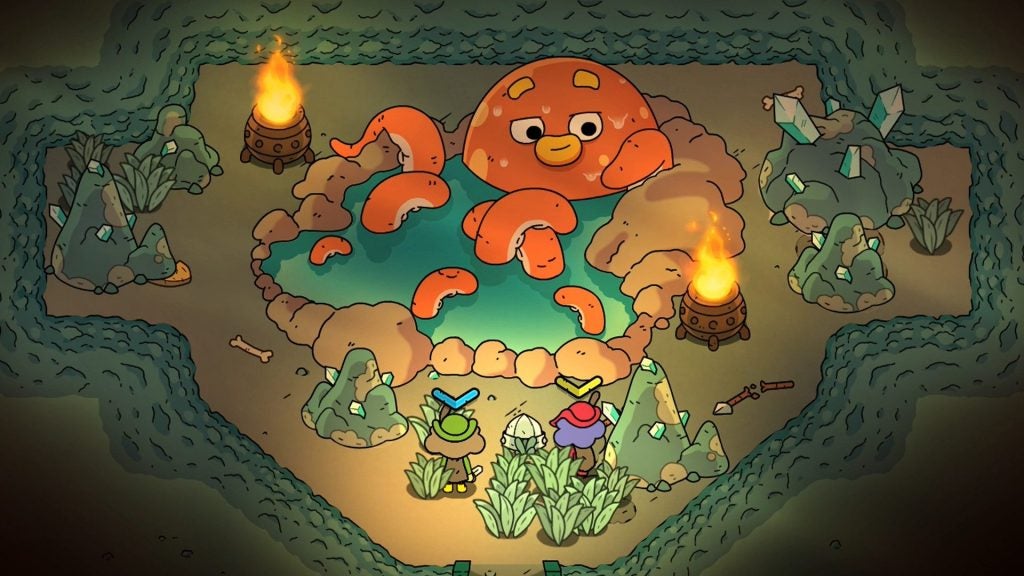 Unfortunately, The Swords of Ditto’s procedural element works to its detriment when it comes to dungeon design, which happens to be a core element of completing each quest. Link to the Past and other classic adventure titles were renown for their iconic puzzles and gargantuan bosses. Sadly, Ditto doesn’t possess these things. In fact, foes have a habit of crowding tiny rooms and leaving you with no room to escape, which is frustratingly unfair.

A simplistic combat system only furthers this occasional annoyance as the strategy for defeating most enemies is mashing away at a single button or performing a timely dodge to unveil vulnerabilities. Special items known as toys, which have a variety of functions, spice things up a bit – but they can take a while to obtain due to being exclusive to an ever-changing shop and specific dungeons.

Many factors influenced by The Sword of Ditto’s procedural nature grew tiresome after my time with it. It wasn’t a deal-breaker, but it’s hard to ignore that One Bit Beyond’s debut effort might have worked better as a structured fantasy epic, instead of relying on an algorithm to construct its underwhelming dungeons and combat encounters.

Gaining access to said dungeons can also grow into a needless grind as you’re asked to be a certain level before gaining access. Instead of restriction, why not let me stumble in and learn the mistakes of overstepping boundaries myself? It would serve as a punch in the gut, but be more rewarding in the end. 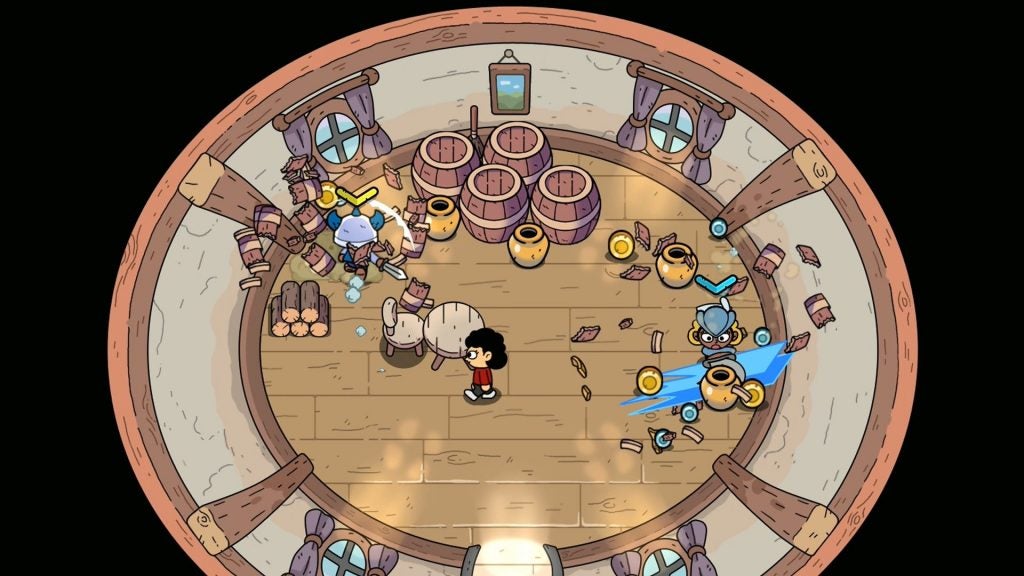 The monotony associated with procedural dungeons is alleviated somewhat by the sheer level of character oozing from The Swords of Ditto’s fantastic world. It doesn’t just take visual inspiration from modern cartoons. Its writing is equally sharp with hard-hitting jokes and quirky dialogue that helps the evolving townspeople feel strangely positive in the face of the oncoming apocalypse.

Townsfolk are happy to offer you quests, too. They’ll often ask you to fetch items or kill a certain number of enemies, relatively pedestrian objectives that repeat themselves pretty often. The more interesting quests come in the form of venturing on a journey to deliver items to specific characters, although this remains a case of going from A to B and little else.

The Swords of Ditto is an enjoyable RPG held back by its procedural world that hinders the potential creativity of dungeons and exploration.

Beyond its delightful atmosphere it’s hard to grow attached to a world that’s constantly changing. You’ll come to love its landmarks yet resent the emptiness that lies between them.

Occupying a generation of heroes is a novel concept, but one that’s seldom used in tandem with the other excellent systems One Bit Beyond has conjured up.