Available now on PS4, Xbox One, PC and Nintendo Switch

From the mind of Dan Smith, the winner of the Young Game Designer award at the 2016 BAFTAs comes The Spectrum Retreat – a first-person puzzle game set within a simulated hotel where you’re forced to constantly relive the same day. But is it a day worth living?

The Spectrum Retreat opens with our protagonist waking up in a pristine, art-deco styled hotel staffed entirely by creepy, but exceptionally well-mannered robots. As you explore the hotel, you receive cryptic messages on your phone which suggest all is not as it seems. Your mysterious contact quickly reveals themselves as Cooper, an employee of the company running your simulated existence within the Penrose Hotel. She explains that you’re being held here against your will, but she is willing to aid your escape. Unfortunately, it’s not as easy as walking out the front door.

Over the course of the game you’ll uncover clues about your past, discovering who you are and why you’ve been locked away in the confines of the world’s creepiest five-star hotel. These revelations come primarily in the form of scattered memories throughout both the hotel and the puzzle rooms. These can range from text logs and old letters through to full-blown hallucinatory flashbacks which relive key moments of your past. The Spectrum Retreat plays on some harrowing themes as it weaves its story, employing misdirection and playing off your expectations to keep you guessing at the truth. To say more would drift into spoiler territory, but suffice to say I was gripped from start to finish. 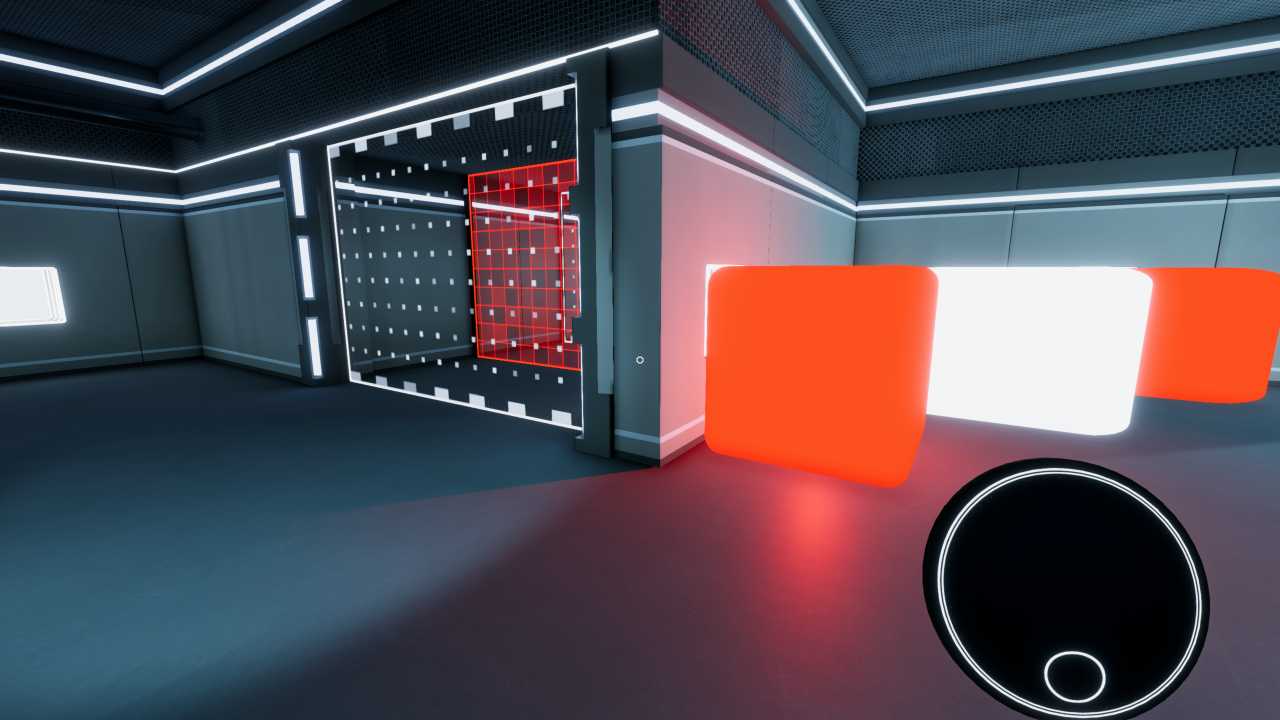 To escape the confines of The Penrose Hotel, you must pass a series of authentication challenges to gain access to the upper floors, with an eventual goal of reaching the roof. These authentication challenges make up the meat of The Spectrum Retreat’s puzzle gameplay. Within these challenge rooms, you can absorb colours from blocks, allowing you to pass through barriers of that colour. It’s a simple concept, but over the course of its five-hour runtime, The Spectrum Retreat wrings plenty of mileage out of the idea.

The puzzles start off simple enough – there’s an orange barrier in your path and a big orange block next to it to grab the colour from, but things escalate from there. Barriers are joined by floor panels, which you will fall through if you’re holding their corresponding colour. Complicated series of doors require you to set up the coloured blocks in the right order to pass through, while at other times the challenge is simply getting one colour past a series of other coloured doors to the position you need it in.

Each floor of the hotel brings a new twist on the formula, such as blocks which instantly return to their starting colour, meaning you’ll lose any colour you swap onto them. Later levels also introduce a teleport move which propels you instantly to a wall-mounted target, providing you’re holding the right colour for it to work.

When you’re not locked inside one of these puzzle chambers, your time will be spent exploring the Penrose Hotel. These sections provide a welcome respite from the colour swapping shenanigans, following breadcrumbs to lead you to the passcode for the next floor of the hotel. The shift between the hotel and the puzzle sections serves to break up the pacing of The Spectrum Retreat, never leaving you in one section long enough to tire of the concept, but this does lead on to The Spectrum Retreat’s major failing – its inability to merge these two sides together into a single experience. 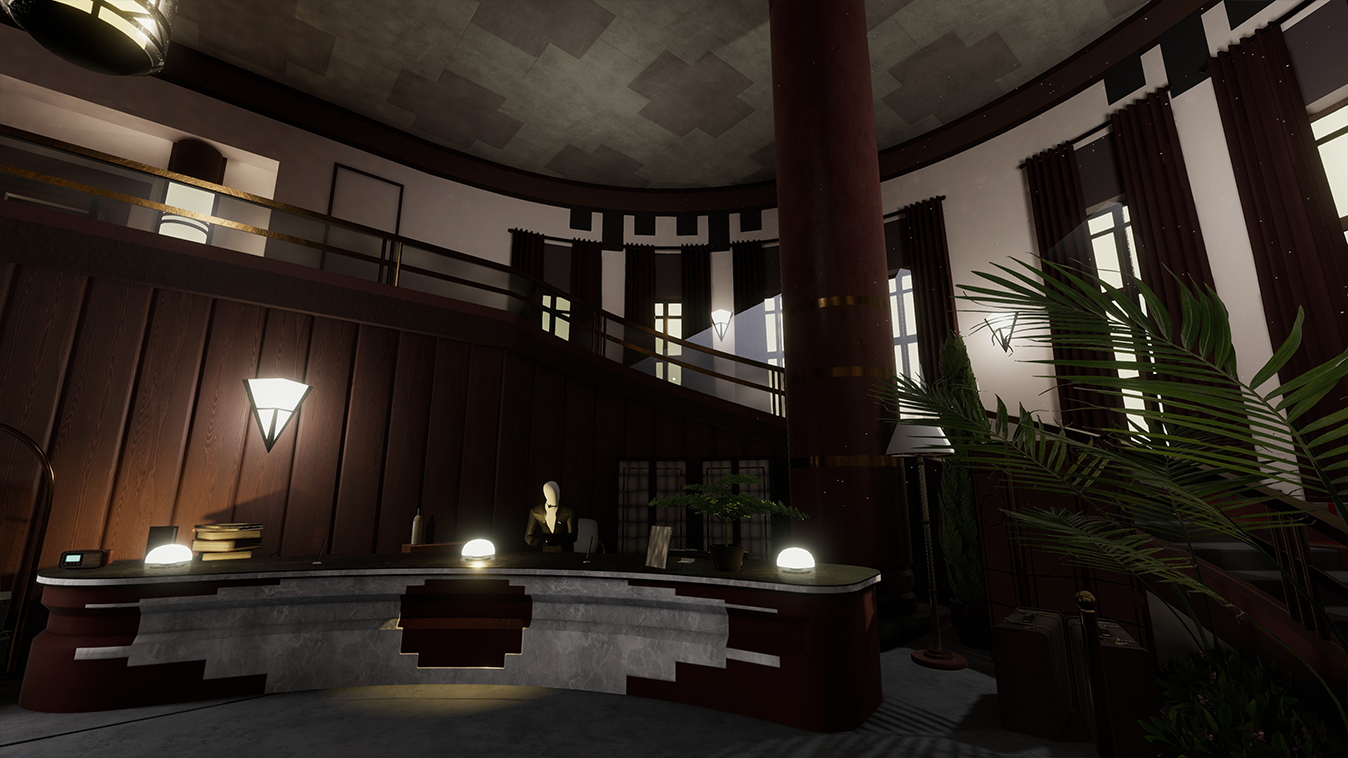 Playing through The Spectrum Retreat, there was an almost audible clunk as it changed gears, moving between exploring the hotel and solving the puzzle rooms. The Spectrum Retreat feels like two halves of two different games spliced together; part innovative puzzle game and part narrative exploration game. Unfortunately, neither of these halves gel together and the puzzle gameplay ends up acting largely as gatekeeper for the story, rather than being used to tell it.

This issue is compounded by the fact that Cooper, your only companion and the source of 90% of the dialogue you’ll hear, is completely absent during the puzzle sections. She makes her excuses as you enter the first room, explaining that she can’t communicate with you there. While this ensures there are no distractions for the player during the puzzle sections, it serves only to disconnect you from the story. Similar games like Portal and The Turing Test avoided this pitfall, with GLaDOS and T.O.M. maintaining communication with the player throughout their respective games.

It’s a shame because when she is around, Cooper’s performance is fantastic. Amelia Tyler, Cooper’s voice actress, manages to carry the emotional weight of story even while only being tangentially related to it. She knows more about you than she’s letting on, but her reactions to you uncovering your past are beautiful – you can feel the heartbreak and empathy in her every line. Throughout it all she projects a nervous determination to succeed, to do the right thing despite the risk to herself. 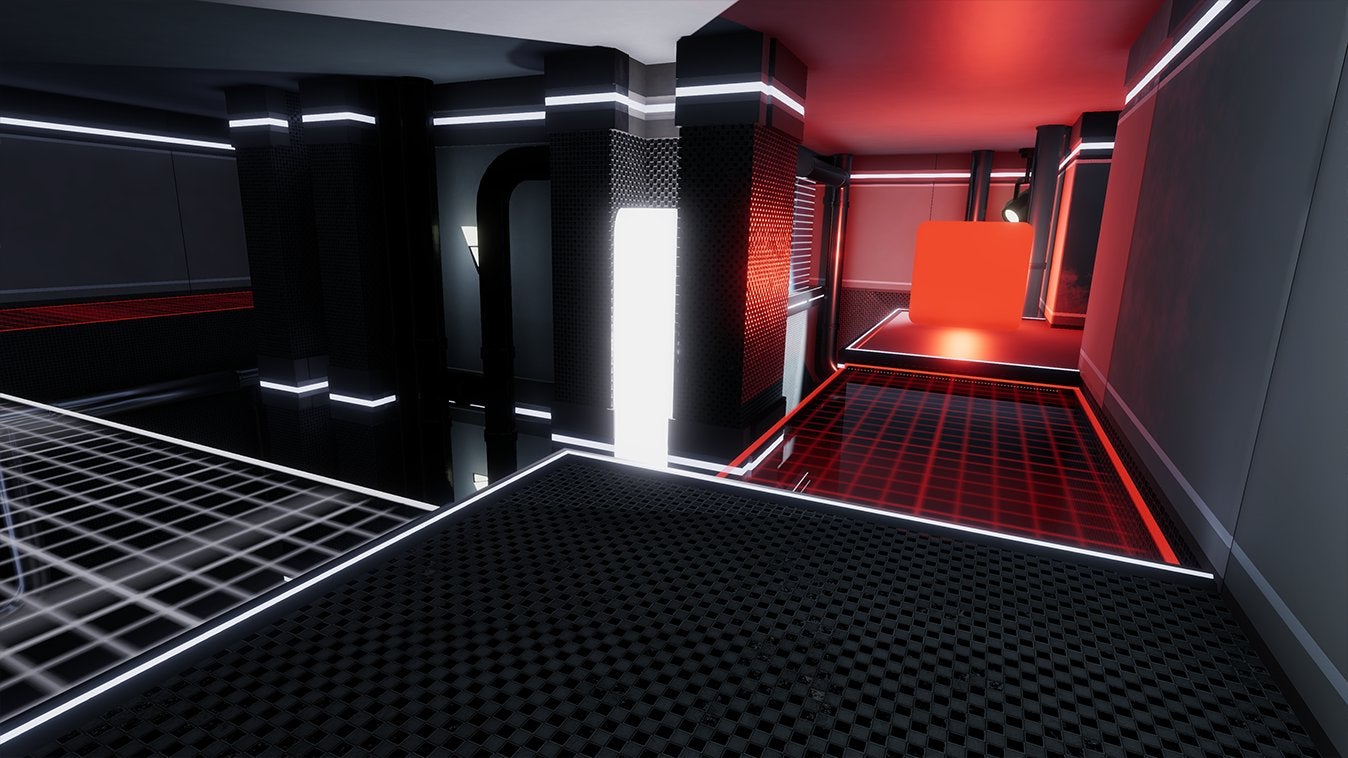 On numerous occasions Cooper drops a startled expletive before disappearing from your ear, only for you to overhear snippets of her conversation as she endeavours to keep up appearances at her job. It’s a refreshingly human feeling to know that the biggest threat to your escape attempt might be Chad from accounting bursting into the room asking to borrow a stapler.

In fact, refreshingly human might be the best way to sum up The Spectrum Retreat’s story, which seems to understand better than most games that science fiction isn’t just about robots and teleporters – it’s about telling meaningful, human stories.

A final minor complaint though, hearkening back to the looping day premise. The Groundhog Day shtick only works if you spend some time in the endless loop before breaking out of it. We’re given the impression that we’ve been reliving the same day for god knows how long, but our first experience in this world is of the chain being broken. We experience multiple loops throughout the game, but none as they were meant to be experienced. A day or two of monotony before Cooper contacts you would have helped set the tone before the charade started to collapse.

Despite The Spectrum Retreat’s minor issues and its inability to merge its two halves together, it’s impossible not to recommend given the quality of each of those halves. A unique and innovative puzzle mechanic is introduced and taken seemingly to its limits, while a crushingly human tale of loss plays out alongside it.