The Room finds a well-suited home on the portable Switch, although it still has all the trappings of a mobile title. There are control issues old and new, and more could definitely have been done to make the ending feel substantial, but for a few sweet hours The Room will hold your attention with its well-crafted, enigmatic boxes.

When I was a boy, I used to have nightmares about spaces that didn’t make sense. It’s hard to explain what was so terrifying about these dreams, hard to find words, but the main thing is they were incomprehensible; vast but small, slippery under the eye. I used to wake up in a sweat, and for a few minutes it felt like the walls of my bedroom were impossible to understand.

All of this is built around an effective puzzler. Originally released for iOS in 2012, The Room on Switch consists of a handful of chapters, each centred on a puzzle box that you’ll rotate, examine, scan for clues, keyholes, secret compartments. You start with a safe, which is opened to reveal a box, which opens to reveal another box, and so on and so forth, like occultist Russian dolls. 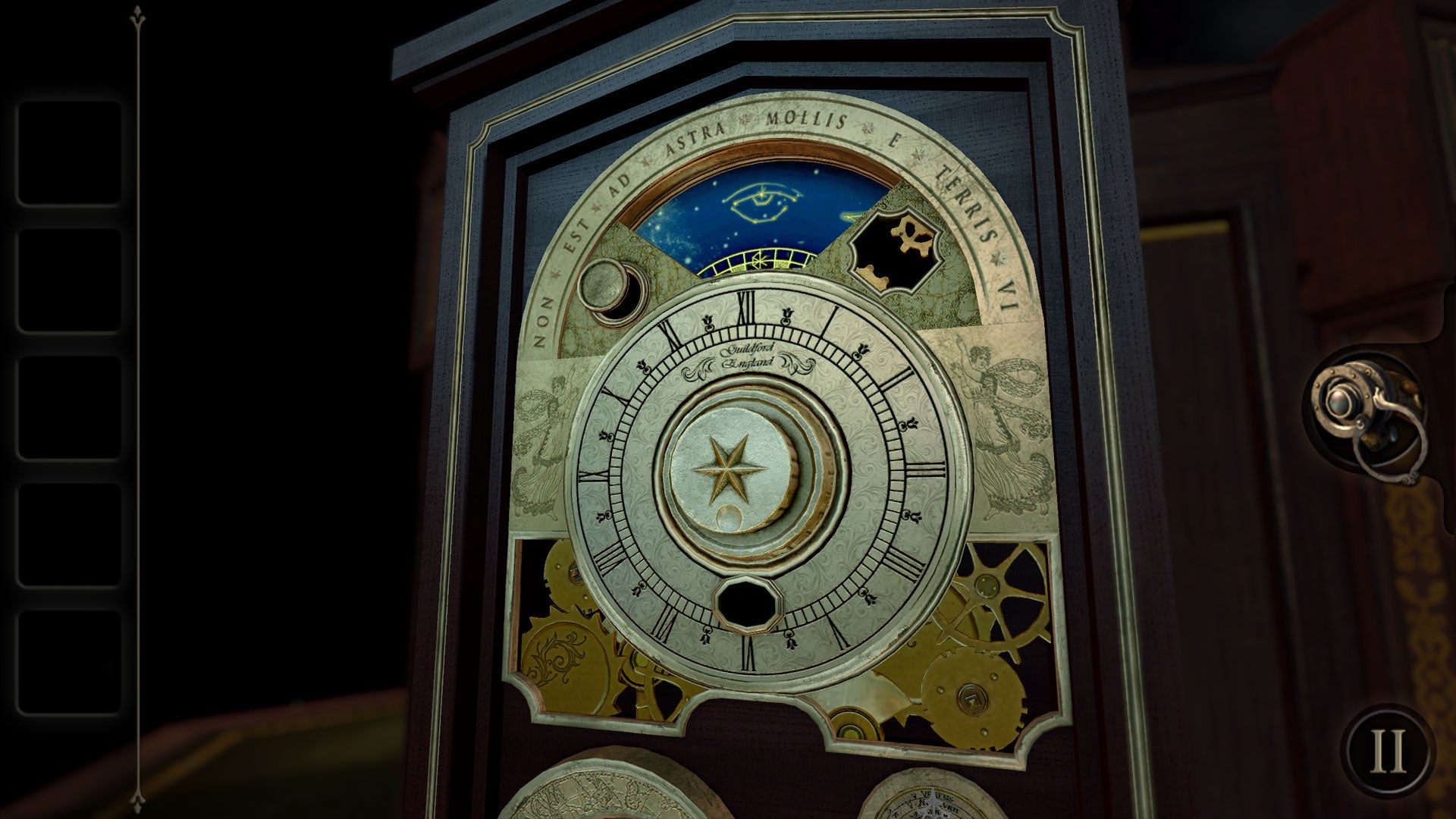 The horror comes from the subtle sense that instead of getting smaller, focussing on more minute aspects with each new box, the objects are in fact getting bigger, more unwieldy, harder to pinpoint in relation to your own body. How big is this wooden case? How big am I, this disembodied eye, compared to the object in front of me?

The puzzles themselves are what you’ll deal with in the moment-to-moment play of The Room, and they are pitch perfect. The game introduces its approach in the opening chapter, encouraging you to search the object in front of you for inconsistencies, out-of-the-ordinary markings or potential fake panels to uncovering switches, which open hatches elsewhere, which reveal keys, which have unique slots, which are locked behind other panels, which must be opened by matching up markings, which you’ll find scrawled on other panels, etc.

The chains of puzzles are long enough to keep things interesting, but simple enough that you’re unlikely to lose your way entirely. And if you do get stumped, there are clues that can be given, non-judgingly, to help you get back on track. If you’ve ever played an escape room game, you’ll be familiar with the rhythm of interconnected puzzles here, but The Room keeps things contained by limiting its field of play to one puzzle box at a time. 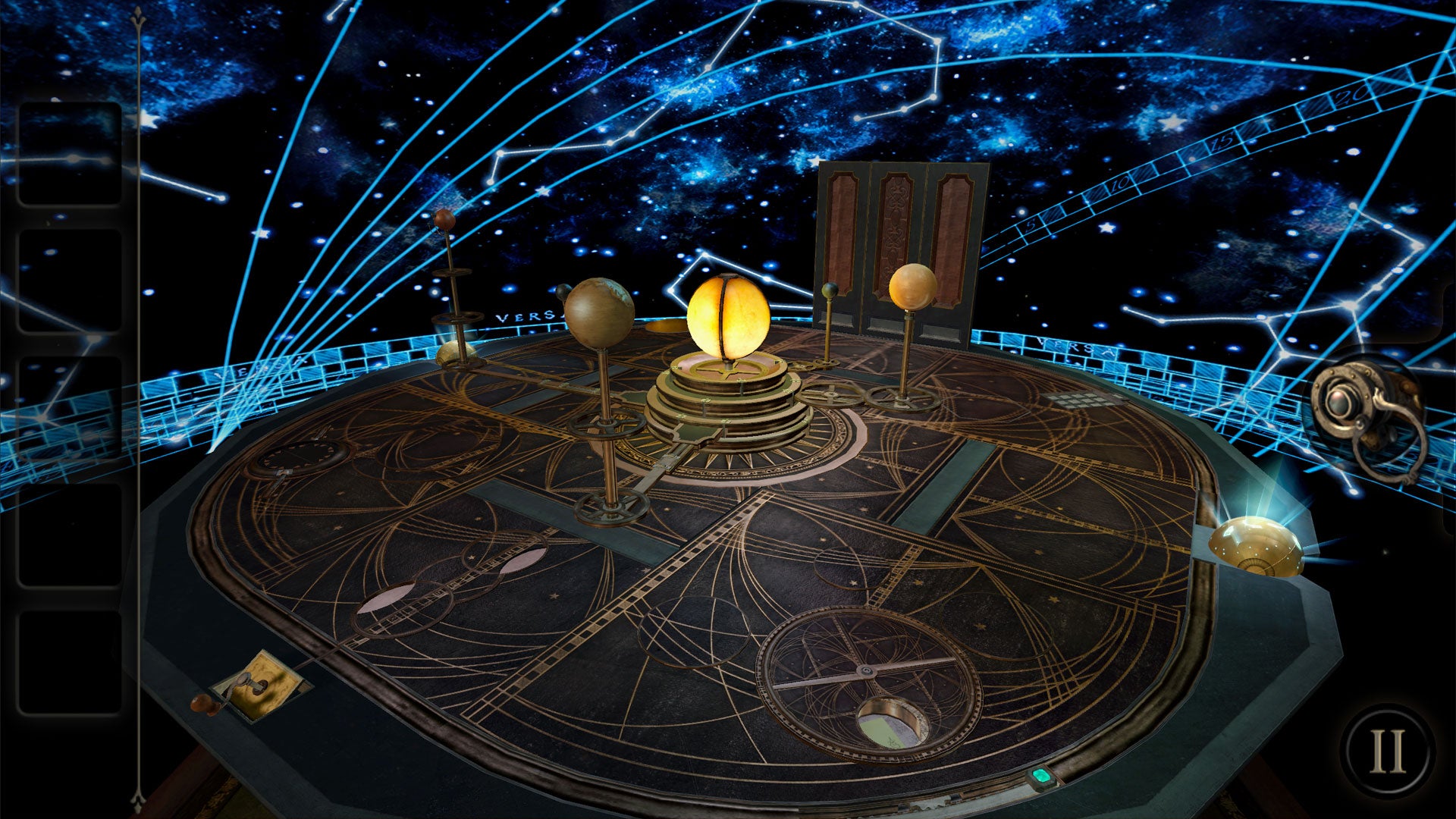 Where The Room falls down somewhat is in its controls. It’s clear from the outset that this is very much a game designed to be played on smartphones. The gameplay is based around rotating and examining elaborate objects; a tactile thing to do, which makes the most sense when you’re using your fingers to tap buttons and drag switches. Nintendo’s console replicates this, but the results can feel a tad unwieldy.

On Switch, the game can be played either with a touchscreen in handheld mode, or using one of the console’s Joy-Cons as a pointer in docked mode. Touchscreen controls are responsive, but with two Joy-Cons slotted on either side the Switch feels cumbersome compared to a lithe smartphone. It’s certainly no deal-breaker though, and you can always remove the Joy-Cons if you’d rather deal with the screen on its own. More janky are the docked mode controls, which use a Joy-Con as a pointer, and buttons for zooming and dragging objects. I found it to be unintuitive, and tended to result in jerky movements.

On top of this are some control issues rooted in the 2012 original, such as the need to zoom out before zooming in elsewhere. These are minor quibbles, however, and easily ignored given how absorbing the puzzles are, and how well produced the simple environments of each level feel. The sound design in particular is an understated delight, building unnerving tones as the game progresses, all the while signposting progression with a satisfying array of mechanical clicks and clunks. Combined with some excellent graphical details, these puzzle boxes very much feel like hefty, cryptic objects. 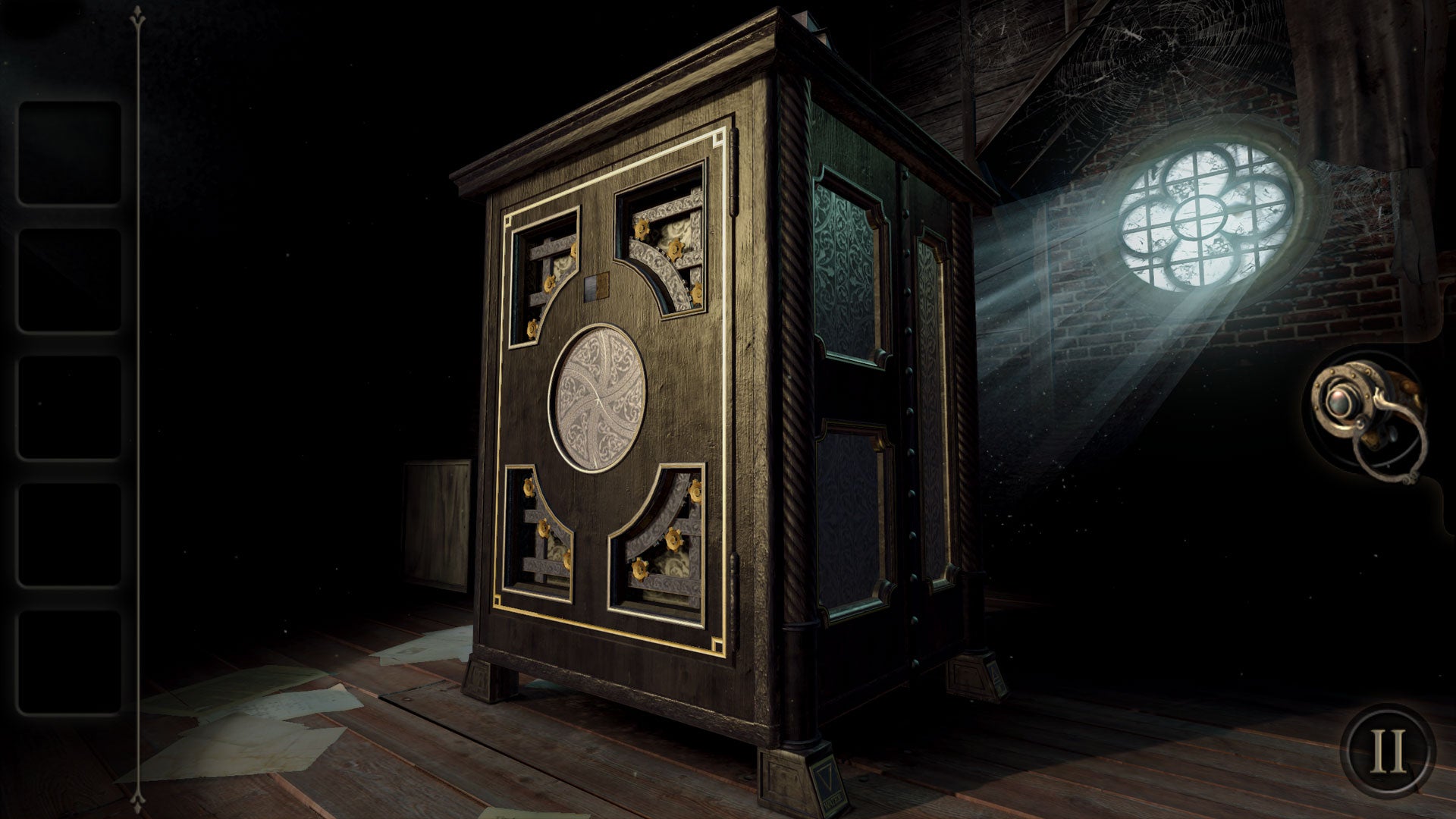 The game’s story is told through slips of paper tucked throughout the puzzle boxes; research notes from someone that has been studying a mysterious fifth element. It’s slight, but functions as a loose thread between the different chapters. Don’t expect anything in the way of a clear resolution, however. The game concludes abruptly, leading directly to its sequels – of which there have so far been three. Surely it would have made sense to bundle these together?

The Room will take you around three hours to get to the end, and there’s no real reason to replay once you’ve completed it, but that time is consistently enjoyable, with each puzzle feeling logical and finely crafted, like part of a real puzzle box.

The Room’s puzzles are engaging and accessible, able to make you feel like you’re using your brain without leaving you frustrated. This alone is enough for it to be held up as a success, but the game becomes something more interesting and affecting in how it uses these puzzles as the basis for subtle horror – not in its cliched story about an over-ambitious researcher, but the progression into its boxes-within-boxes, each impossibly larger than the last. It is disorientating, even nightmarish.

The game finds a well-suited home on the portable Switch, although it still has all the trappings of a mobile title. There are control issues old and new, and more could definitely have been done to make the ending feel substantial, but for a few sweet hours The Room will hold your attention with its well-crafted, enigmatic boxes.