The Particles by Science Photo Library Ltd is a beautiful and informative iPad app that teaches the user about particle physics and the various subatomic particles.

If you or your family are interested in learning more about this, the good news is that Particles presents the information in a clear and educational way that doesn’t make the subject matter feel inaccessible. 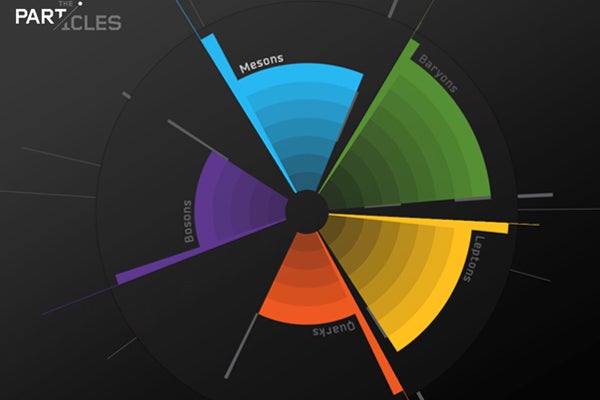 When you first open the app you are presented with a home screen that groups the particles into five distinct categories all depicted by a different colour segment in the interactive wheel: Leptons, Quarks, Bosons, Baryons and Messons. 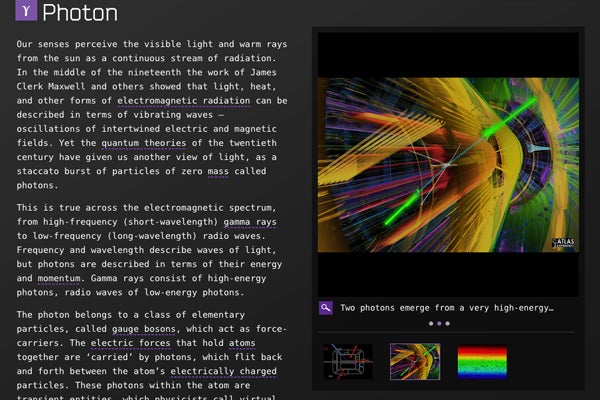 The Particle app also provides more in-depth analysis for professional readers or those using the app as an educational aid, including data tables that include information on the particle’s lifetime, mass, spin, quark content and decay rate.

Keywords are helpfully underlined, notifying you that attached to each key word is a link that provides further details about said phrase or person. This is very useful when you would like to know more about a specific physicist, particle, particle detector, laboratory or just accumulate more knowledge about particle physics in general. 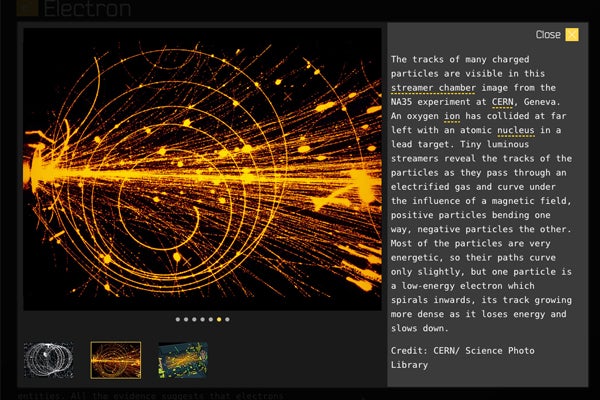 Developed by physicist Professor Frank Close in conjunction with the Science Photo Library, The Particles app is very accessible despite the complex information contained within. The quality of the writing is fantastic, making even the most advanced particle descriptions understandable to someone with only GCSE physics to their name. At any point where it stops making sense the helpful glossary is on hand to take the words down to a more basic level without being condescending.

For those with a greater knowledge of particle physics the app presents enough scientific discourse for it to be sufficient at their level of understanding too, perhaps funding you with additional information about your chosen particle than you previously had. 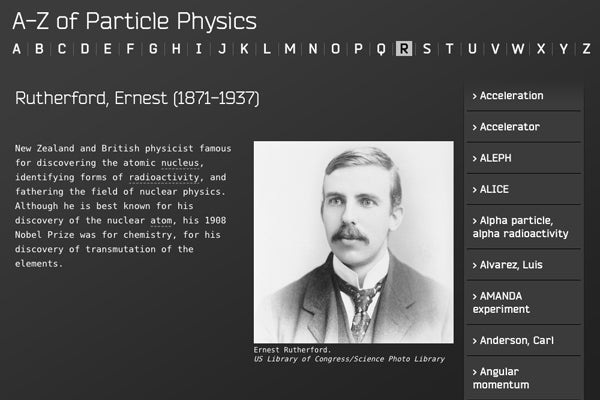 Despite being text heavy, the animations and images break up the well-presented text making The Particles a delight for the iPad screen. I feel this is much more informative than textbooks available on the subject, due in part to its interactivity and accessible glossary pages. This is definitely reflected by the app’s feedback on the iOS App Store. Of the reviews that it has had, The Particles has an average five star rating.

This is a fantastic app that has been well thought out by the Science Photo Library, presenting complex scientific information in a way that is user friendly to all educational levels. Easy to use and well presented, The Particles is an essential app to anyone studying or interesting in subatomic particles and particle physics.