It’s hard to believe that Denmark’s greatest export, LEGO, seemed to have reached the end of the line 15 or so years ago. Superseded for many by videogames, block by block the company’s empire appeared to be crumbling around it – until, that is, it started pushing out toys based around some of Hollywood’s biggest IP.

LEGO left its own world and started tapping into the respective universes of others, with Traveller’s Tales’ tie-ins across console and, later on, mobile further extending its reach. The LEGO Movie Videogame, then, feels like something of a homecoming, bringing together all the elements that have rejuvenated the product in one single release; a LEGO game, based on a movie that was itself based on LEGO. But does it stand up as the ultimate LEGO release to date? As fitting as such a tribute might be, sadly not. 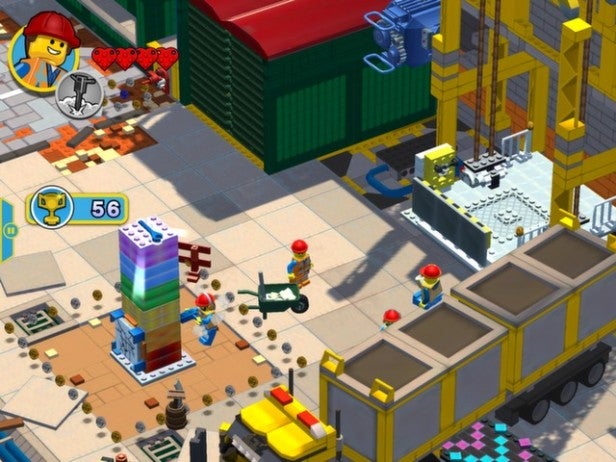 For clarification, The LEGO Movie Videogame is by no means a bad game. Roughly following the plot of the 2014 smash hit, Traveller’s Tales has tapped into now familiar formula of mixing 3D platforming action with a series of simple puzzles, all played out in a largely open world that you can smash up for scores of LEGO based trinkets and explore at your own pace. Whether you’ve taken on a LEGO game on console or mobile, you’ll understand just what’s required here within minutes.

After an opening tutorial stage, play initially revolves around film lead and all round ‘good guy’ Emmett as he transitions from construction worker to have-a-go hero. By default, controls are handled by an occasionally awkward combination of swipes and taps, with tracing your finger across the screen controlling Emmett’s movement, Though the game makes a habit of marking out objects you can interact with from start to finish, this set up is far from ideal, and you can easily find yourself looking as if you’re attempting to swat a fly that’s landed on your phone’s screen rather than playing a game. The alternative – a virtual d-pad – is a touch more precise but still feels like a compromise rather than a smart design choice. 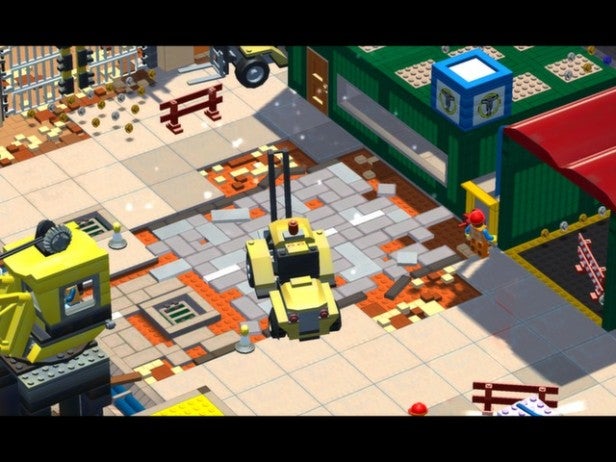 All this aside, The LEGO Movie Videogame comes with all the charm, colour and humour that’s part and parcel of a LEGO release. The standard stages – which, though linear – allow you to wander around at your leisure, smashing into objects to project LEGO pieces across the floor and, especially in the opening stages, watch the world Emmett inhabits go by. Their impact, however, is deadened somewhat by the clips from the movie that sandwich the gameplay. Such was the visual quality of the film that the game, though no slouch when it comes to looks, comes off second best by quite a distance, and the distinct difference in visual styles – the shiny, plasticy tones of the game standing in contrast to the movie’s more matt finish – undermines the experience as a whole.

There’s an also an odd system used to unlock the game’s full roster of characters, which players can fast track by spending a few pounds via an in-app purchase or two. However, the menu screens that handle all such actions are so utterly confusing and devoid of instruction that it becomes far too easy to ignore them altogether early on, which presumably was not Traveller’s Tales’ intent. 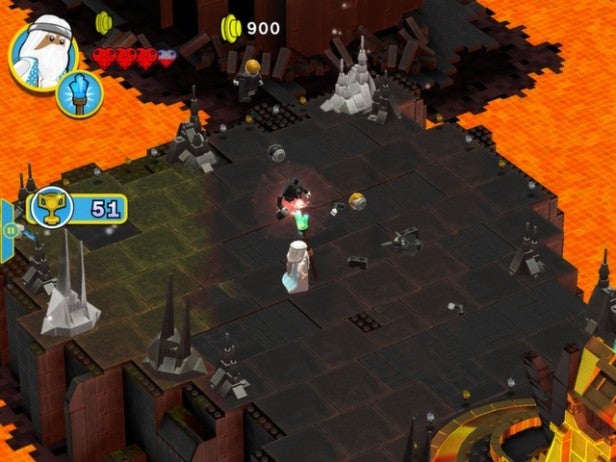 Nevertheless, all these criticisms feel like mere dressing to the main event, which is an entertaining action-based platformer (interspersed, it should be noted, with the odd driving section just to keep things interesting.) For newcomers to the LEGO series – presumably fans of the movie – The LEGO Movie Videogame is welcoming enough to draw players in, and it’s focus on the film’s plot gives the game the kind of narrative platformers without a recognisable IP would kill for.

For LEGO regulars, however, there’s an argument to suggest that the formula is starting to feel a little stale and, for those eager for something fresh, this would have been the ideal game in the series to take a few risks within. As it is. The LEGO Movie Videogame serves as the perfect epitome of the last decade of LEGO games, wrapping the franchise up perfectly but, for better or worse, failing to point the way as to just what’s next.

Verdict
The LEGO Movie Videogame follows the LEGO formula Traveller’s Tales has established during the last decade to the letter, delivering a mobile game that serves as the perfect companion to the movie itself but lacks the ambition to do anything new with the open plan 3D platformer.