Like the bulk of The Last of Us, its single player expansion – Left Behind – is a stunning bit of work, mixing beauty, brutality, life, death, violence, hope and humanity in ways most other games never dare attempt. It’s the right kind of add-on, not just giving you more of what you’ve already enjoyed, but adding to the experience, taking you closer to characters you know and love and revealing something more about them. If you’ve finished Naughty Dog’s masterpiece, it’s damn near essential. If you haven’t, and you can, then you really should. 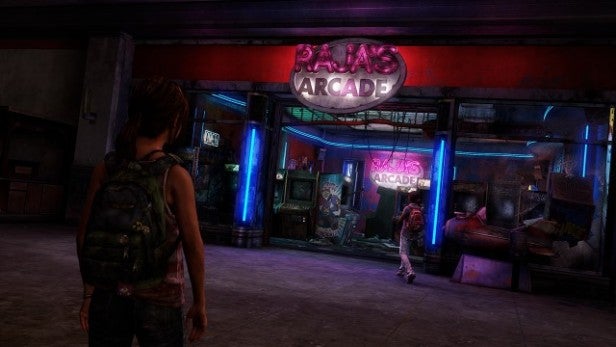 The star this time is Ellie, the teenage girl under Joel’s protection for most of the original game. The game has a clever flashback structure that it’s best if you discover for yourself, but the core of the game is Ellie’s relationship with Riley, her most important childhood friend, and the pair’s last foray into a deserted mall. Of course, while the game is looking back into Ellie’s past, it’s also reflecting on her present, and much of the poignancy of the game – and it is genuinely poignant – lies in how her experience with Riley ties into her experience with Joel. 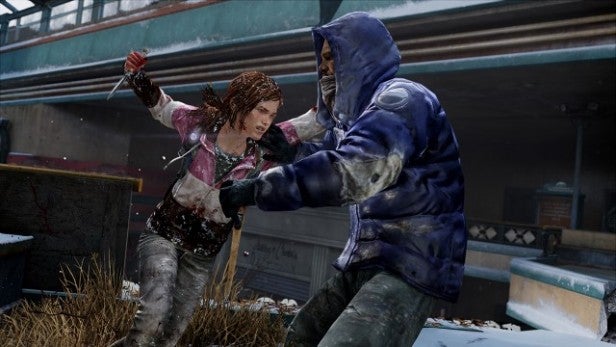 Left Behind is masterfully paced. There are scenes of fierce combat and tense exploration, but also stretches of silliness, beauty and real human warmth, which work thanks to the exceptionally good motion capture, and strong performances by the two leads, Ashley Johnson and Yaani King. Naughty Dog has taken risks here, daring to push the action and survival horror to one side to give space to the central characters, but it works. Left Behind is both moving and surprising, and the contrast between the quiet scenes and the scenes of violence or horror only makes the former more involving, and the latter more brutal. 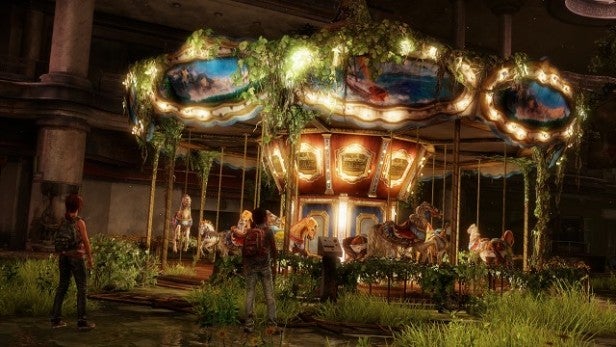 Mechanically, it’s much like the rest of The Last of Us, but with a few twists. Break the gameplay down to its components and it’s still a game where you push through areas of enemies – either human or infected – by eliminating them or, where possible, sneaking past them. Along the way we get a handful of puzzles, but none go beyond moving objects or finding items to open up a route.

If you felt The Last of Us’s combat ruined the experience, then Left Behind might still not be for you, but if you liked the mix of stealth, improvisation and making tools from scavenged goods, it’s as taut, nerve-wracking and intense as it was before. 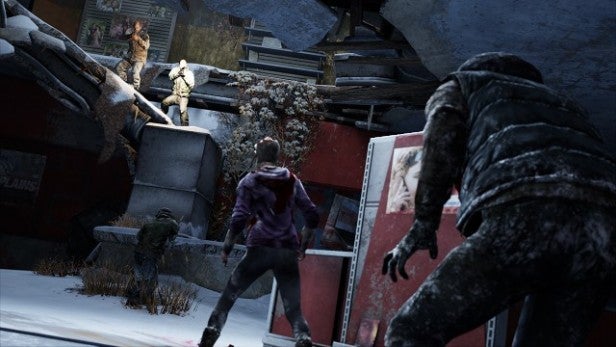 In fact, it might be more so. As you might remember, Ellie isn’t any match for Joel in close quarters combat, and she can’t take much damage from humans or infected before she goes down. This puts even more emphasis on stealth, on isolating and tackling enemies one by one, and on picking your fights; in a few cases, violence really isn’t the answer. In other cases, you may be faced with overwhelming odds, but here a new mechanic comes into play.

Those scenes where the odds seem most stacked against you often feature hunters and infected at the same time, and all you need to do is add one to the other without getting in the way. You might still have to pick off the odd straggler, but it’s a whole lot easier than fighting them en-masse. 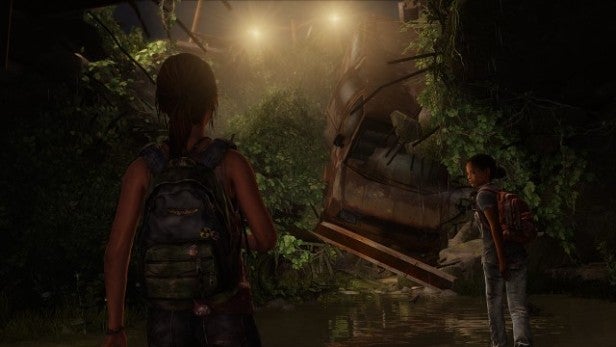 Frankly, the less we say about the story or the gameplay the better. We will say, however, that this confirms Naughty Dog’s game as one of the most visually and sonically impressive titles of the HD era. It’s not just the lighting, scenery, textural detail and animation, all of which seem to push the PS3’s aged hardware to its limits, but also the artistry at work, whether we’re talking decaying mall architecture or the long-abandoned ruins of childhood attractions. Gustavo Santaolalla’s restrained score is again used sparingly and emotively, and the overall effect is cinematic without every making you feel like you’re playing a movie, not a game. Right now, no other studio does this better.

Of course, the one big minus you might take away from Left Behind is its length. Basically, you’re paying £12 for a two to three hour experience (though nearer the latter in our particular case). Some might describe this as poor value, and we have to admit we’d be more comfortable were the price slightly lower. But here’s the thing: would you rather have five hours of more of the same, padded out, second rate version of the original DLC, or would you rather have three hours of something that thrills, moves, scares, excites and nearly breaks your heart? It’s not just a case of quality over quantity, but how much you’re willing to pay for a work of gaming art.

Left Behind is The Last of Us in microcosm: one of the most absorbing, intense and emotionally-charged experiences you’ll find in a video game. It’s short, and you might still not like the combat, but if you loved The Last of Us it’s not to be missed.

Next, read our guide to the best new games of 2014