Available for PS4 with PS4 Pro and HDR support

2016 has been many things – mostly negative. One silver lining along the dark cloud has been that this year’s finally delivered some of the most anticipated games of all time. But the results have been mixed. We’ve seen No Man’s Sky fail to meet its own hype, whereas Final Fantasy 15 has received both critical and fan-driven acclaim. Now, it’s The Last Guardian’s turn, and what we get is something that lies between the two in terms of delivering on expectation. Japan Studio has created a delightful and engaging story, but tells it in a clumsy fashion.

For those not on board this particular hype train, The Last Guardian tells the story of a young boy and his ginormous bird-dog-rat companion, Trico. The story begins with both waking up in a cave, not knowing how exactly they got there. What’s immediately obvious, however, is that Trico isn’t very friendly.

Bound in chains, Trico is initially aggressive towards the tattoo-covered boy – his name’s unknown throughout the tale – but after the boy finds nourishment for the creature in some glowing barrels, Trico softens its stance. This is a good thing, because both boy and beast will rely on each other throughout their thoroughly engaging journey.

Related: The Last of Us Part 2 latest news 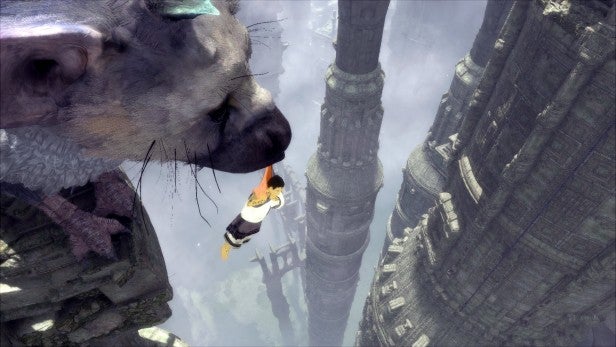 Gameplay-wise The Last Guardian functions very much like a medley of the developer’s previous efforts. You, as the boy, can climb Trico much like mounting monsters in Shadow of the Colossus, while the sense of teamwork and non-verbal communication is reminiscent of Ico. As the boy you must climb, crawl and jump around this world, finding levers to pull to open doors and guide both of you through the labyrinth. The 15-year-old formula has had some tweaks, though not as much as you might expect, and this often leads to The Last Guardian’s greatest flaws.

The majority of gameplay relies on communication between the boy and Trico. Neither share a common language, and therefore must gesture towards one another in the hope that the message gets across. It won’t be long before you’re given the ability to direct Trico using all the actions the boy can do – basic stuff like move here, jump up there, push that, but all essential for progression – and sometimes the inability for the giant creature to do what you want will lead to immense frustration.

There were many times in the game where I screamed and pleaded for it to do the thing needed for me to proceed, but instead Trico would simply stare with curiosity and then turn in the opposite direction. The thing is, thematically this makes sense: Trico’s learning as much as you are, albeit at a slower pace, so of course it may not understand what’s going on. Mechanically, however, it can be a mess. (Editor’s note: Brett’s in for a proper shock when his baby’s born, eh?) 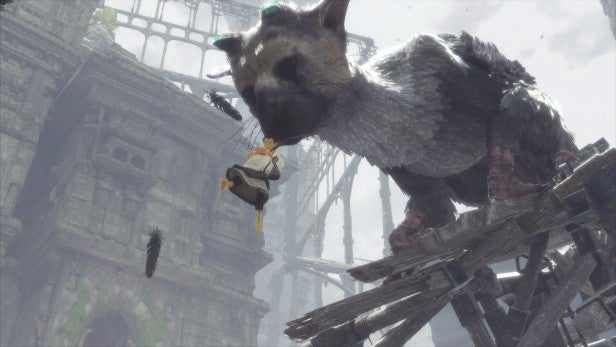 The frustration lies in knowing the answer to the puzzle, but the game not allowing you to solve it, either through a bug or simple poor design. For example, in one room Trico was required to proceed through a particular doorway which was partially obstructed. I commanded it to go through after clearing the way, only for Trico to get right up to the door and then run away, as if there were some invisible barrier blocking its path. 30 minutes past with dozens of failed attempts, but after rebooting the game Trico did the thing I’d been attempting all along at the first try.

It doesn’t help that the controls are as fiddly as they were on the PS2, either. Moving the boy through this world is janky and cumbersome, with the platforming mechanics punishing a lack of pinpoint accuracy. The camera can also be jarring. When caught in a corner or on a piece of scenery, the screen completely fades to black before showing you a different perspective of what you were looking at, totally disorientating you.

The failing of the core mechanics led me to constantly question every conundrum, spoiling the experience. Rather than enjoy the relationship between Trico and the boy as they solved puzzles through their improving bond and developing their own language, I was instead wondering if a gameplay glitch or failed command was hindering progression. There were very few times I didn’t know how to solve the puzzle, but more than a few times where the game failed to let me execute the solution. This inconsistency is even more disappointing because, when it works, The Last Guardian is stunning.

Watching Trico and the boy slowly build trust is a true joy. The game takes its time to build the relationship and is all the stronger for it. I wasn’t told to buy into these characters, but instead gradually became more and more engaged by this believable bond – almost like a Disney movie where I care for the non-human character more, which is always weird. As the player I feel this connection growing stronger through each moment of peril. 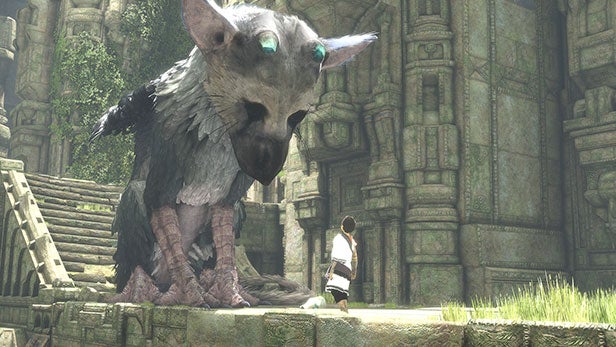 At the beginning of the game I simply only cared that Trico got the boy from A to B. The moments where Trico “nearly” falls from one of the Aztec-esque towers didn’t leave me concerned. However, by the halfway point, I gasped every time Trico was in even a hint of danger during the amazing set-pieces. I petted Trico often, even though there’s no tangible benefit from doing so. The Last Guardian does an amazing job of making you care.

Also, Trico’s features soften over the course of the game, making it more and more adorable with every passing hour. In the beginning, Trico’s eyes can flash harsh white and purple – you later discover this is corresponding to different things within the game, for example Trico either wanting food or being in ‘attack’ mode. Eventually you get to see Trico for what it is: a scared creature becoming incredibly attached to the child it’s saved, and who’s saved it, in a strange land.

As the story peeled its layers back, it only hooked me more. It’s a great tale expertly told. It’s not the deepest, but it’s captivating, and its ability to tell so much by saying so little engrossed me even more. It’s just a shame I had to fumble through inconsistent mechanics to see the narrative through.

Yes, The Last Guardian’s controls are incredibly archaic and at times can be entirely broken, but two days after finishing it, the story has stuck with me. Studio Japan has continued to show how it can do so much while saying so little. The environment, characters and everything about the narrative captivated me. In spite of the controls I still thoroughly enjoyed the game overall. The story is a simple one, but powerful nonetheless.

Endure the gameplay and enjoy the story – it’s more than worth it.