If PSVR is missing anything – and this goes for VR in general – it’s the kind of big, meaty, story-led experiences we take for granted in non-VR games. We don’t necessarily expect them to play the same way or to last as long, but wouldn’t it be great to have something that was more than just a shooting gallery or a thrill ride? Something that took what’s so great about VR – that really immersive and powerful experience – and actually did something interesting with it? On this front, The Inpatient is one of the most promising VR games in some time.

It’s a sort of prequel to Until Dawn, and one that continues Supermassive Games’ obsession with branching narratives and motion-captured drama. It takes place in 1952 inside the first game’s notorious Blackwood Pines Sanitorium and gives you a first-person perspective on key events in the background lore. You play the titular inpatient; an amnesiac with no idea of who you are, where you are or why you’ve been committed and restrained. You’re being questioned by a doctor (who you might recognise from Until Dawn) and you’re being asked what you remember (which really isn’t much). What follows sees you experience a little of daily life in the Sanitorium, while you interact with different characters, cope with savage nightmares and start piecing your identity together. Of course, as Until Dawn fans will know, it isn’t long before hell starts breaking loose, putting you and the sanitorium’s other inhabitants in deadly peril. 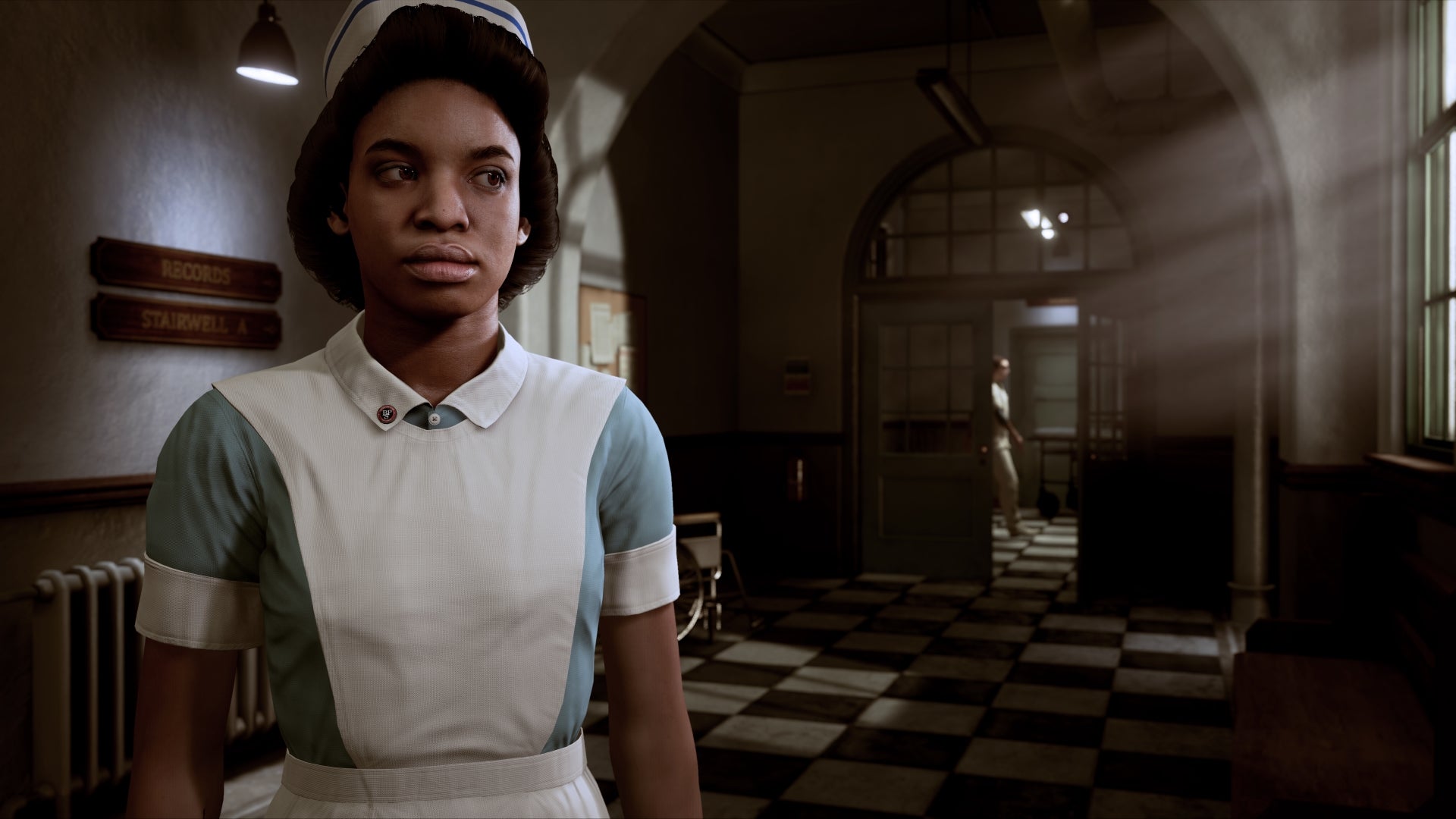 This doesn’t mean you’ll be freely roaming around the Sanitorium. The game plays out through a series of scenes, some of which have you locked in one position, others allowing you to wander through sections of the facility. Your interactions are fairly limited as well; you can press the odd button or turn the occasional door knob, but otherwise you’re restricted to picking up objects, giving them a look then putting them down. Doing so or looking at an shiny chunks of scenery may trigger a memory, giving you another piece in your identity puzzle. And while the other characters will engage you in conversations, you can’t actually initiate one with them.

What I’m trying to say is that it’s best not to think of The Inpatient as a survival horror adventure game in the style of Resident Evil 7, or even as a kind of first-person graphic adventure. Instead, it’s more of an interactive drama in the mould of Heavy Rain or Supermassive’s PlayLink title, Hidden Agenda. You run through the scenes, go roughly where you’re told to and play your role, only the choices you make and the actions you take will determine how the overall storyline plays out.

Dialogue is a major factor here, and while you can choose between the two options available by fixing your gaze on one and pressing a button, you also have the option of speaking one of the two lines out loud. Some might moan that you can’t go off-script and improvise, but it’s a nice touch that adds to the game’s sense of theatre. 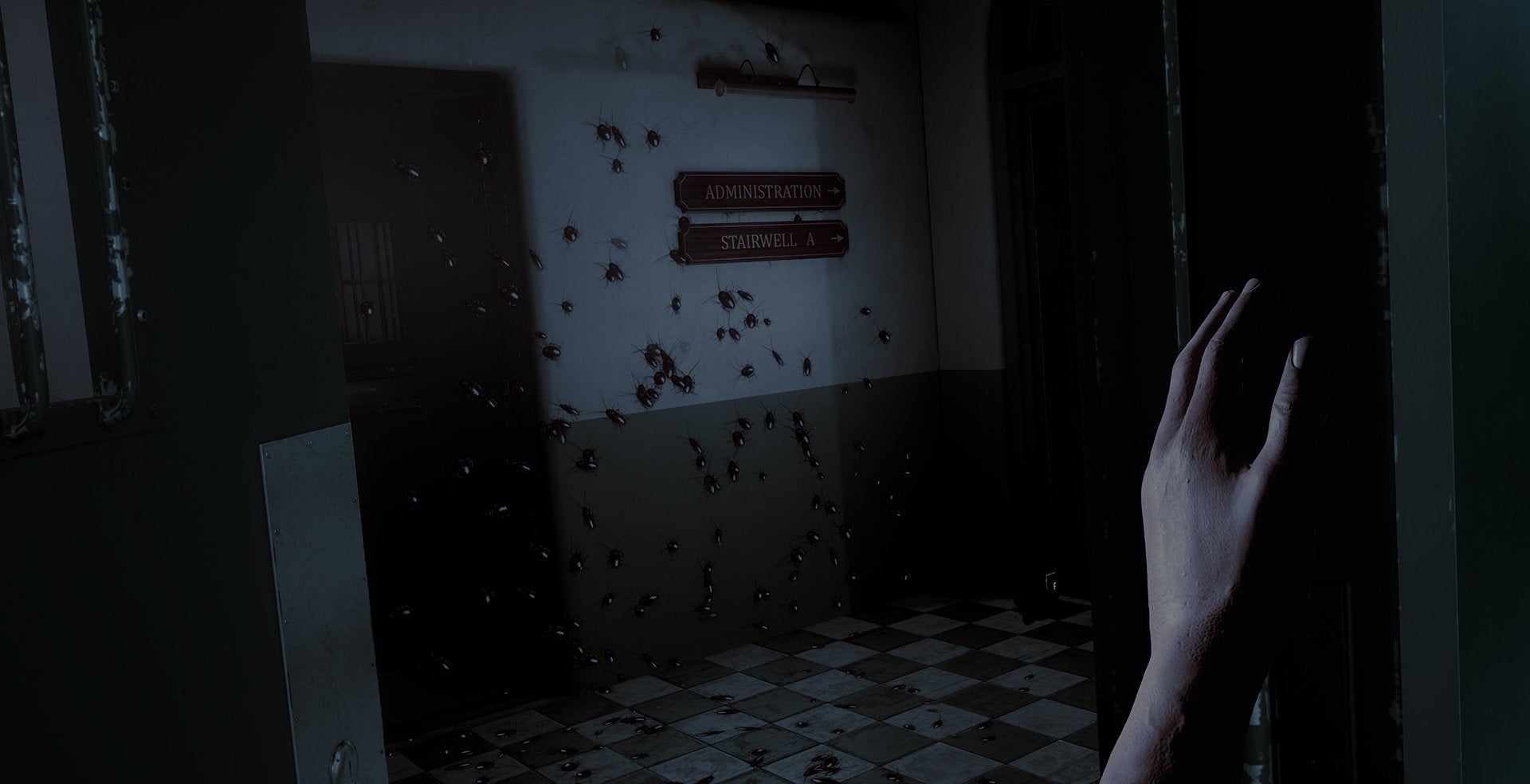 Most importantly, your choices, your acts (or your failures to act) have very clear, very tangible effects, with characters literally living or dying depending on how your decisions mount up. Those that don’t will alter their behaviour and their opinion of you based on what you do and say, though not quite to the same degree as in your average Telltale game. This so-called ‘Butterfly Effect’ is becoming Supermassive’s signature, and it definitely makes this kind of game a lot more interesting.

On many levels, The Inpatient works pretty well. Its interactive storyline has weaknesses and some surprisingly slow passages, but also an interesting central mystery, some great moments of creeping fear and a few effective shocks. After Until Dawn and Hidden Agenda, the loss of visual fidelity on PSVR is a bit of a disappointment – much of The Inpatient looks like a decent late PS3 game – but the motion-captured performances look good and there’s enough detail in the sets to suspend disbelief.

At times, there’s a great, gut-wrenching contrast between the grimy reality of the sanitorium and the twisted version you see in your dreams or nightmare visions. The use of rumble and creepy layers of surround audio to build up fear can be hideously effective. Is The Inpatient as terrifying an ordeal as Resident Evil 7 in VR? No, but at it’s very best it comes horribly close.

Yet it’s also a frustrating game. The setting provides scope for a much bigger, richer tale where there’s more to do than follow your cues, fall for the jump scares and scour the environment for objects that trigger flashbacks. There are a couple of moments where the game asks more of you, and they just leave you wishing that there were more of them. You also wish you could get to know more about the characters, what they’ve done and what makes them tick. Why invest in people who are so quickly and sketchily pulled into the narrative, just to be dismissed for another cheap shock? 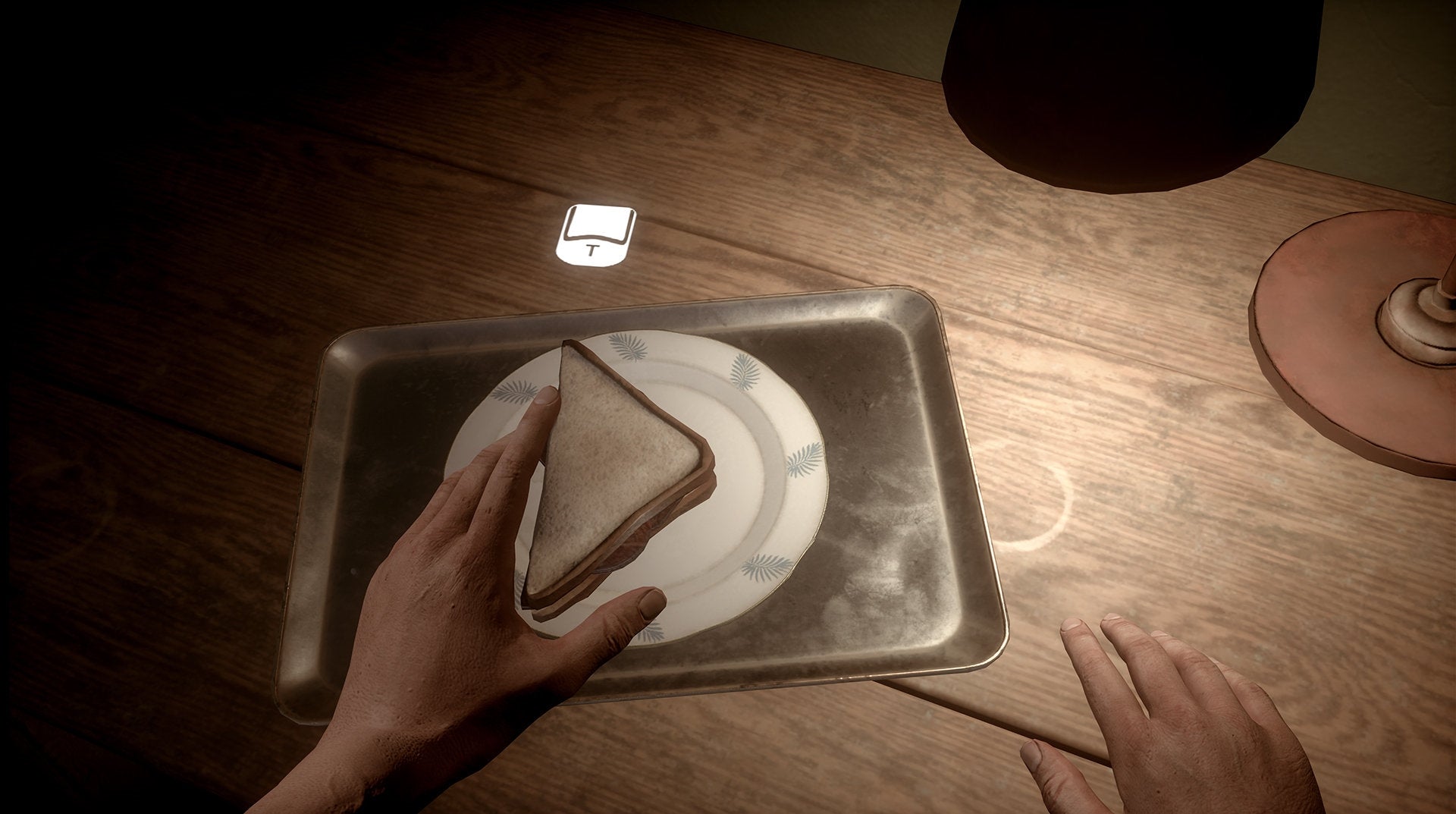 Much won’t make much sense or have any real impact if you haven’t played Until Dawn, and there’s a sense that – like a lot of cinematic horror prequels and sequels – The Inpatient relies on the wider story for its interest, rather than the more focused tale it’s trying to tell. ‘Go deeper, tell more, show us something really chilling’ you want to say. Instead, you have a game that hints at darker and more haunting terrors, but never allows you to explore them in more detail.

There are also some frustrations with the controls. Play with the DualShock 4 and you have a slightly unintuitive, uncomfortable system where one stick moves you forwards while the other rotates your position, with motion controls and the left and right triggers used to manipulate objects with your hands. This doesn’t work well for either basic locomotion or trying to pick up a piece of paper to see what’s written on the other side. Expect a lot of fumbling with objects and cursing while you can’t make your way through a narrow door.

Play with two Move controllers and you’re in for a better, much more natural experience. One Move controller handles forward movement while the Move button’s held, while the other shifts your viewpoint. When you need to get those virtual hands moving, the two move controllers allow you to do so with more precision. At the same time, some actions, like prodding a button or lifting a bar, still don’t seem quite as easy as they should be. It’s one thing to have a panicked moment in a lift, but another to make the panic worse because you simply can’t get a virtual finger to push the button that’s right in front of it.

Yet perhaps the biggest frustration about The Inpatient is that it’s over so damn soon. About an hour to ninety minutes in it seems to hit its stride, but give it another sixty minutes or so, if that, and you’re done. It’s worth playing again to explore a little more, find new memories and push for different outcomes, but while it’s fun to see scenes played out with changes to the cast and situation, it’s not something you’ll want to do over and over again. I don’t have a problem with short VR games, particularly when they’re appropriately priced, but The Inpatient is being flogged as a mid-priced £25 game rather than a sub-£15 experience. There’s not really enough game to justify that kind of money.

The Inpatient is an interesting VR experience. It’s immersive, absorbing and sometimes very creepy and effective, but it also feels like only half the game it could have been. With more real interaction and more for the player to see and do, we might have had a new highlight in the PSVR line-up. As it is, it’s another intriguing but short-lived experience, which hints at a richer, more ambitious tale of terror than the one it ultimately delivers.