If games were merely judged on their premise then The Escapists 2 would be gold even before you’ve played it. Putting you in the role of an inmate tasked with escaping from a prison, it’s a concept that’s simple to understand and one that appeals to most people’s nature. It certainly doesn’t hurt that there are countless movies that glorify such an adventure, be that Escape From Alcatraz or The Shawshank Redemption. Who wouldn’t want to step into the shoes of Clint Eastwood or Tim Robbins?

The real joy with Team17’s The Escapists 2, however, is that when you get into the nitty gritty, it’s just a lot of fun. Winning you over instantly as a result of its stripped-back and almost retro presentation, its quirkiness hides a title that’s actually quite violent, but in the best possible way. After all, you’re a convicted criminal; if you don’t obey the rules then the prison guards are going to do what they have to do. 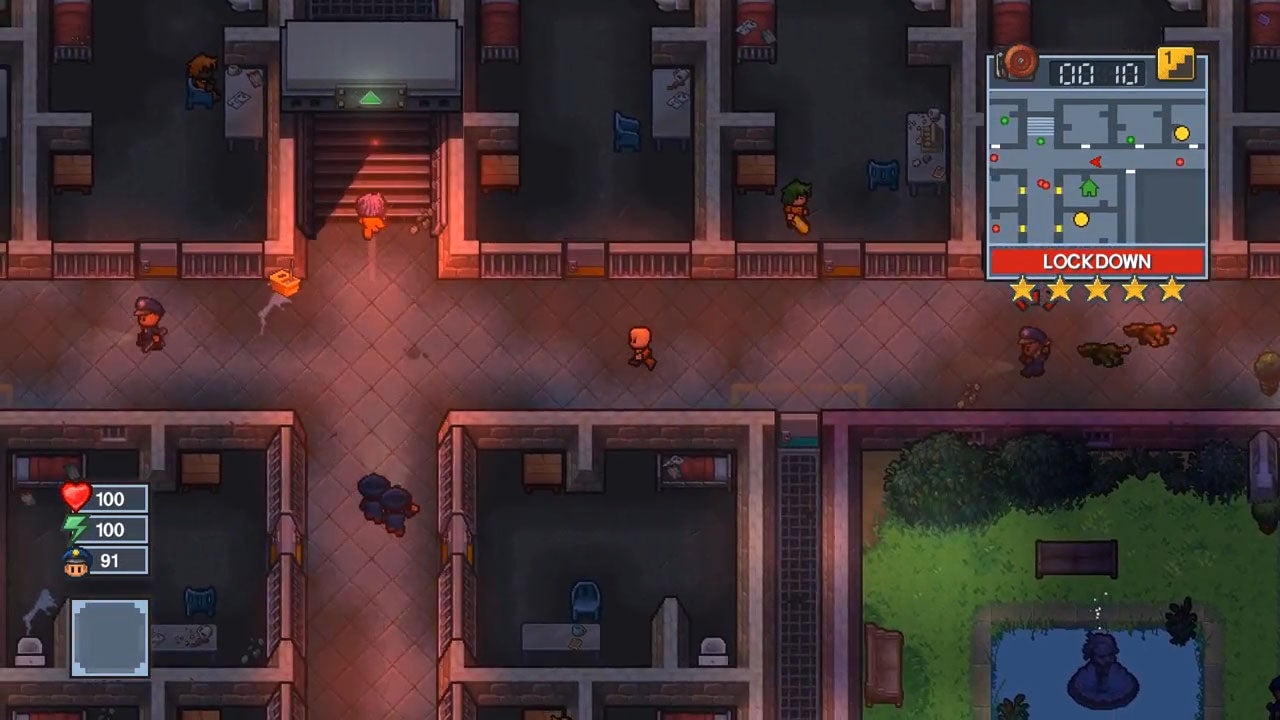 This is The Escapists 2’s trump card, however, because it’s this way of life of which you have to be aware constantly. While there’s plenty of freedom here for you to abuse in order to get away, there’s also a very specific schedule to which you’re expected to keep. Work, downtime, eating, roll-call – if you miss even one, the alarm is raised because, again, you’re a felon. You don’t get to call any of the shots.

It’s through this pattern that you start to learn the boundaries. Before you can execute your plan you need cash, and you get it by doing favours for other inmates. It may be as simple as sneaking in contraband, or beating someone up – and if you go for the latter, you’ll discover that the developer has gone to town in terms of realism.

First, if you spend any time in the gym during recess then your stats will have been buffed appropriately. By the same token, weapons can cause severe damage to the point that if an adversary has one, you probably want to stay away. The Escapists 2 may look all rainbows, but if someone smacks you over the head with a bat then you’re not going to last very long. 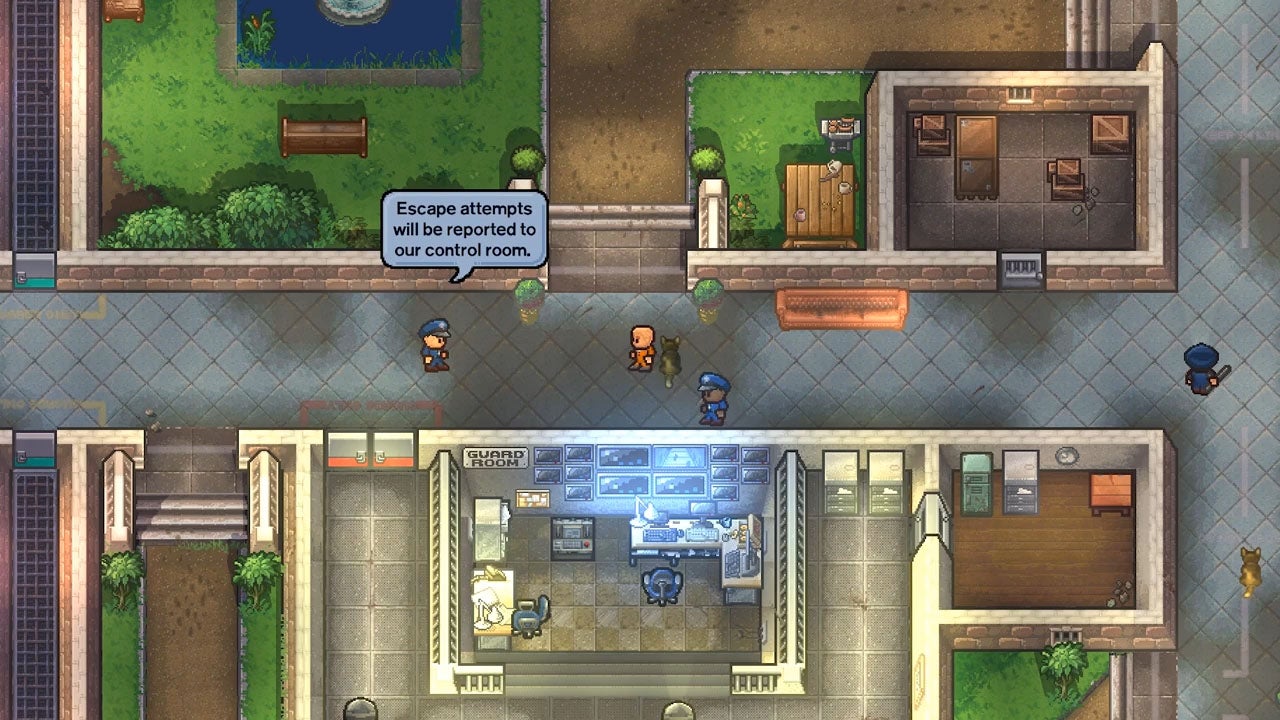 Finally, there are the aforementioned guards. It’s imperative to be wary of them regardless your actions, but especially when you decide to raise a fist to someone else. If you’re caught then it’s off to solitary confinement, and you’ll have to start over.

They fall into this role constantly, too, and it will be the biggest hurdle you have to overcome. Even if your plan is as simple as ‘build a tunnel to breach the walls’, you’ll still need eyes in the back of the head because guards will be looking into what you’re doing. Fall foul of them and that’s that; you’re back to square one.

In short, The Escapists 2 is basically a balancing exercise of trying to do what’s expected of you with what’s not – but this is where the genius lies. When you first begin everything feels horrendously slow and plodding, but once you realise what’s possible – and how much you can get away with – it’s very hard to drag yourself away. The game is addictive, especially when you’re so close to success.

If you’re a fan of the original then you may now be asking ‘Well, what’s different here?’ The answer is very little, but that’s undoubtedly been the right decision on Team17’s part. With The Escapists 2 there are more ways in which you can escape, an improved combat system, new prisons and many more extra items with which to play around; you’re essentially taking what you learned in the first game and seeing how much more creative you can be. 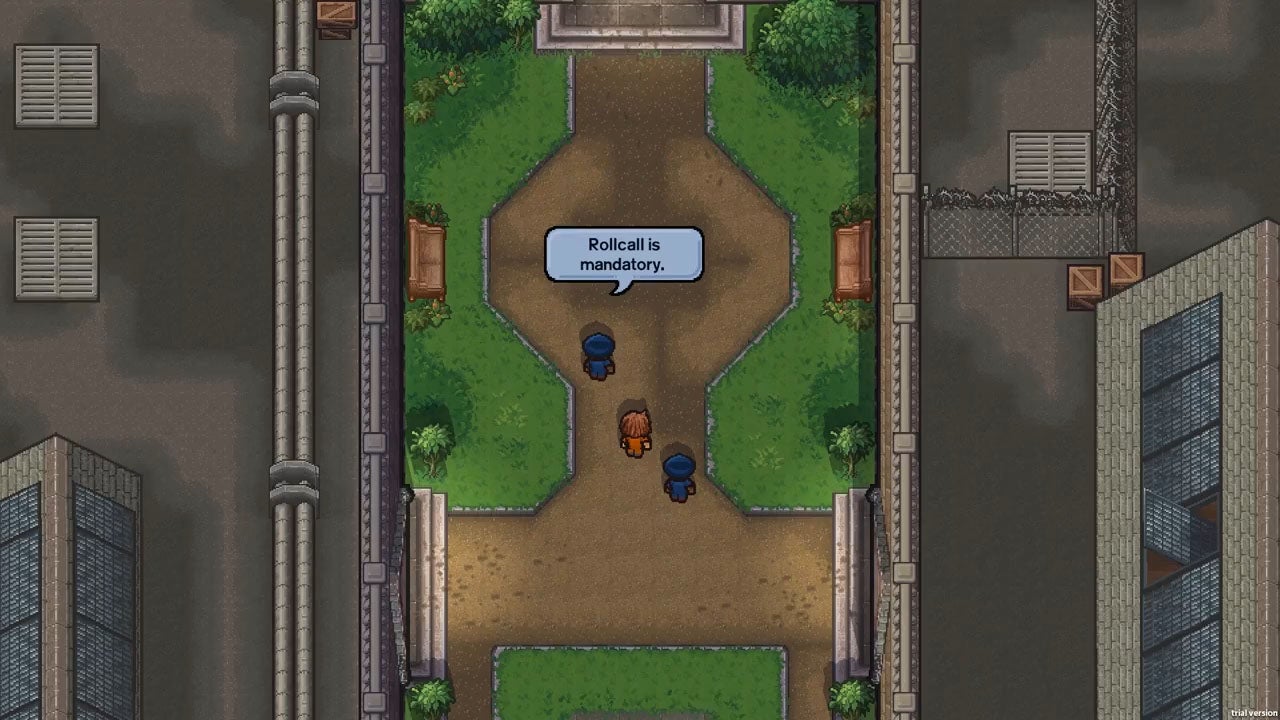 Multiplayer has also been added, which takes the concept and allows you to run rampant. Giving you the opportunity to now work with a crew of three others – both online or local – it’s a riot (pun intended) to try to come up with a scheme that you all pull off seamlessly; you’ll be yelling at each other before you know it. It’s beyond important to operate like clockwork, and trying to keep a cool head when the pressure increases is difficult but the reason it’s so much fun.

So while the Escapists 2 may be a sequel in every sense you’d imagine, the foundations of the game remain as entertaining as ever. It’s an excuse to return to a very well put-together game and you get a load of extra content to boot. There’s nothing wrong with that at all.

The Escapists 2 is everything the first game was and more. Give it some time and it won’t be long before its claws have sunk in and you’re hooked.