Available on Xbox One, PS4 (version tested) and PC

I’ve had few reservations about The Division’s main campaign. Lengthy, well paced and compelling, it made the most of the game’s strong cover-based shooting mechanics and fiendishly addictive upgrade cycle. But my biggest concern about The Division has always been its endgame. Stick to the PvE stuff and it soon got grindy, as you hammered through old missions in Hard mode in the hope of grabbing better gear. The Dark Zone was more intriguing, but the more PvP focused action and high risk/high reward gameplay isn’t for everyone, and it sometimes felt like you were signing on simply to get griefed.

Ubisoft and Massive have taken huge steps to improve matters in recent patches. Supply drops, rope-cutting and tweaks to the loot system have made the Dark Zone slightly more enticing, while improved daily and weekly challenges have done the same for the neighbourhoods outside. I’ve yet to see one of the Incursions match the quality of Destiny’s best Strikes, let alone its Raids, but they’ve given the most hardcore players something meaty to get their teeth into. Perhaps most importantly, the whole system of Search and Destroy missions and High Value Targets has put worthwhile adversaries out on the streets. Coming back to The Division after a few months off, post-pandemic New York is an exciting place to be.

Video: 5 things you need to know about The Division

But the big news in the Big Apple is The Division’s first paid-for DLC pack, Underground, available for an affordable £11.99. It’s been out for a month on Xbox One and PC but has only just hit the PS4; an odd and annoying choice for Ubisoft, given that’s where a huge proportion of the fanbase, including us, have been playing.

The trailer at E3 promised a whole new world of action in the areas below the streets of NYC. Go in expecting a new mini-campaign, however, and you may be disappointed. This isn’t The Division’s Taken King. It isn’t even The Division’s The Dark Below.

Instead, we get a brand-new mission dealing with a Riker attack on the city’s quarantine facilities, which on completion opens up a new door at the back of JTF HQ. This takes you through to the terminal: a new area with high-level gear vendors, useful resources and a new mission selection and matchmaking hub.

Here you can select basic parameters for your mission – each one has one or more phases, set the difficulty and add restrictions, which might prevent specific items or features working, change the environment or make your foes tougher to defeat. Set up the mission or use matchmaking to find one that’s about to start, and you can race through a door to the waiting subway train, which will take you directly to the action. 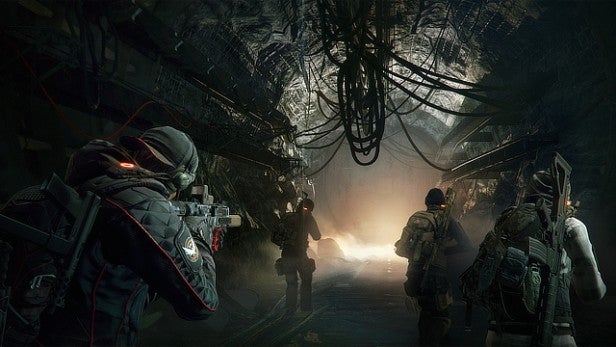 In short, Underground’s biggest new feature is a procedural mission generator, linking together a set of pre-built corridors and chambers, throwing in waves of enemies and finishing up with a juicy boss battle against a named target (ie, one tough hombre). As procedural mission generators go, it’s pretty good. Ubisoft and Massive have built a range of different styles and settings into the system, ranging from stretches of subway to abandoned tunnels to ad hoc underground clubs. They’ve introduced new elements, including pounding jammers that prevent you using your skills to alarms that keep pulling reinforcements until turned off.

And there are three good reasons to get stuck in. First, Underground missions are great for short-ish bouts of concentrated blasting. Each phase takes around 10-15 minutes, the focus is on gunplay and you’re back up against the brutish Rikers and the insane, flame-spewing Cleaners – for my money, the most interesting and challenging enemies in the game.

Second, there seems to be a lot more high-value loot flowing around beneath NYC than there is on the streets above. If you’ve played The Division past the campaign’s end, you’ll know it all becomes about your Gear Score: an aggregate figure covering all the different weapons and armour you have equipped.

Your focus is on ditching all that old, level-bound blue and purple kit, and trying to create the optimal mix of score-bearing purple, gold and green items. While Massive has tweaked the drops to let more of the good stuff drop in the High Value Targets and daily and weekly missions, getting properly kitted out can still be a challenge. Underground, the golds and greens seem to drop a little more predictably and often. 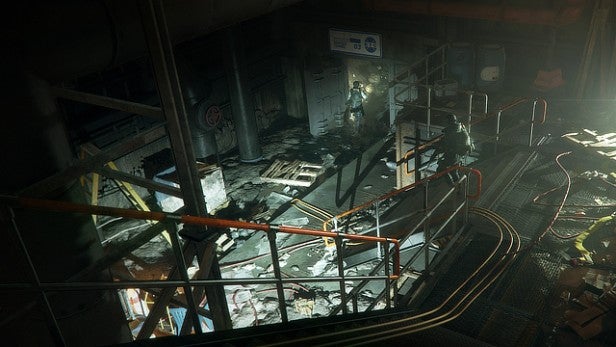 Finally, Underground introduces a whole new ranking system – your Underground rank – that works much like your Dark Zone rank or level in the main campaign. Increasing rank provides access to new weapons, gear and gear-sets, which will help you tailor your build towards a favoured style of play.

There are, however, a couple of problems with Underground’s approach. For one, it isn’t really all that friendly to solo players. Underground missions are deliberately tough but have no respawns or checkpoints whatsoever. Dying places you straight out to the terminal, with all the experience you’ve won completely gone. Given the mission generator’s tendency to throw in surprise waves of enemies and some really tough named targets, this seems excessively brutal, making the experience of soloing missions more akin to playing a rogue-like than a mainsteam online shooter. Sure it’s tense and exciting, but also hideously frustrating.

Your alternatives are to play with friends or use matchmaking. The former is obviously best, but not always an option. And the latter? Well, all the more committed Division players are now rocking Gear Scores of 250 or more.

If you’re not at this level and you join the team, one of three things will happen. If you’re lucky, you’ll meet some great people who will let you tag along and build up your character. They might even throw some tasty gear (that’s below their interest level) in your direction. If you’re not so lucky, you’ll meet some still great people who will let you tag along, but they’ll simply work with such high-level, surgical precision that you won’t even get a look in. If you’re unlucky, you’ll just get booted out for wasting their time, often within seconds of joining.

The challenge, then, is to get some decent gear in the first place, either by persevering with Underground and hoping that every now and then you’ll meet some good guys (hey, I’d thank you all personally but I forget the names), or by returning to the streets of New York to grind some more. If you’re returning to The Division after an absence, I’d suggest the latter; you’ll probably have more fun. 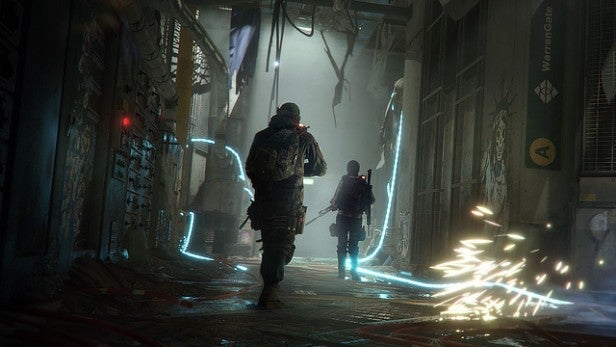 You’ll also need to up your Gear Score to survive the latest Incursion. Like Falcon Lost, it’s another bad guy gauntlet capped by a nightmare boss battle, only this time you’ll barely make it through the first wave (charging Cleaners) if your Gear Score isn’t above the recommended level.

In other words, Underground is most valuable to those who are already the most devoted Division fans, although if you’re willing to put in some hours, there’s nothing to stop you joining their number.

The new random missions add new activities to bolster the old favourites, and the presence of a new Incursion and new Gear Sets will be enough draw for the faithful. All the same, I can’t help thinking that a lot of us want to see genuinely new stuff: a new borough, new enemies, a new campaign.

We want the same things Destiny dished up with The Taken King. It isn’t that Bungie’s game has ever been less grindy, but it’s wrapped that grindiness well in narrative, exotic weaponry and an aura of mystique. The Division trumps it in the short-term, but the long-term game still needs to make the same kind of leap.