When mobile first started to make its mark, when games on smartphones started to challenge people’s preconceptions, with the most vocal of doubters slowly discovering such devices could play host to a wide variety of creative, challenging games, there was one area where even the optimistic doubted mobile could ever make its own: games that tell a good story.

This wasn’t a view based on pure snobbery, either. Smartphones are designed to be dipped in and out of and, as a result, most of the successful games in your pocket can be played in bite sized chunks. Drip feeding a big story in such a way is no easy task, and it’s only in the last couple of years that developers have attempted to do so – arguably first with a rush of point-and-click remakes or homages, then with the likes of The Walking Dead and the rest of Telltale Games’ line-up, and now with The Detail. 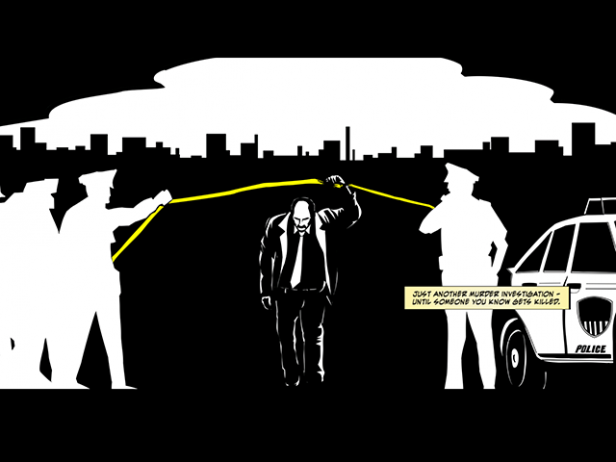 This comic-strip styled adventure is, first and foremost, a great story. The first chapter available here (dubbed Where The Dead Lie, with further additions set to be made available via in-app purchases) tells the tale of what appears to be a failed drug deal with a lone perp leaving a drugs baron lying in a pool of his own blood on the streets of an unnamed US city. Or, at least, that’s how it first seems. It’s your job, playing as a whole cast of characters, to unearth the truth, soiling yourself with the cities murky underworld in the process.

As its heart, The Detail is a point-and-click game, but one built around the kind of decision making The Walking Dead players will be familiar with. Much of your interaction with play focuses on choosing the direction of a conversation – whether deciding how to question a subject, or how to respond to a bitter work colleague eager to take you down a peg or two – though the art of decision making in The Detail also has a more physical side, too. 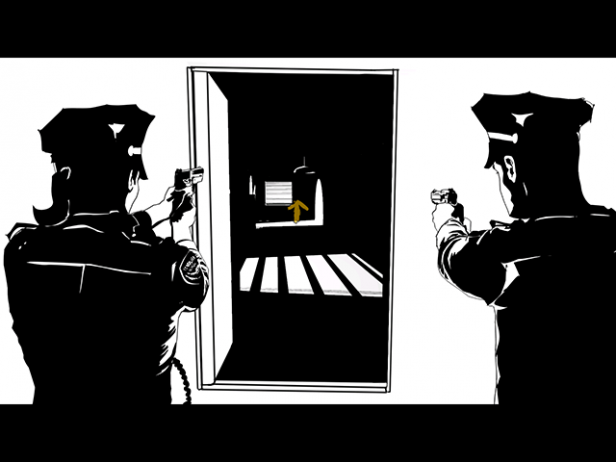 Indeed, your very first interaction – before the opening credits have even hit your screen – sees you taking on an aggressive paedophile who throws you to the floor, strangling you in the process. Should you reach for something to whack over his head, or would gouging his eyes out be a better course of action? Each of these decisions changes the direction of the game slightly, meaning that there’s room enough for a few playthroughs if seeing the game in all its shades is important to you.

And it’s not hard to imagine that, for a fair few folk, that will be the case. Such is the beauty of the world of The Detail that soaking up the atmosphere – the dark, dreary cityscape casting a great shadow over proceedings, both physically and emotionally – is key. Some of the action sequences built into play actually restrict your influence to a minimum, but even the process of swiping from one comic strip cell to the next is a beautiful exercise, and at no part do you feel removed from the adventure playing out before your eyes. 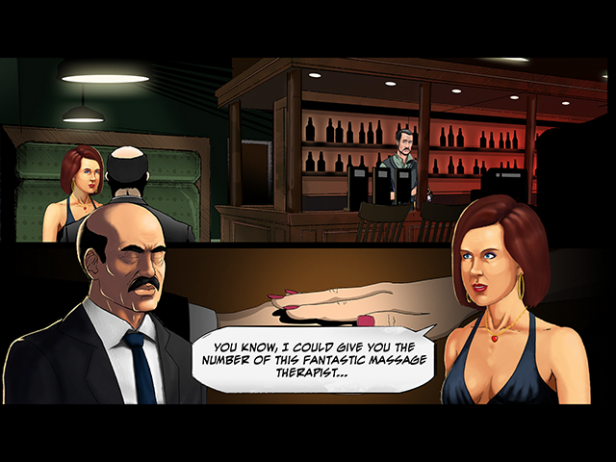 So, does The Detail get anything wrong? Well, on its own, chapter one is certainly not grandiose in terms of length, and while there is a murder and a whole criminal underworld to contend with, actual point-and-click style puzzles are strangely absent: each cell has a number of objects to interact with and a host of people to chat to, but progression isn’t locked to doing them in a set order – it’s simply a case of ticking them off, and moving on.

This lack of depth in terms of gameplay, though not in terms of plot, is arguably The Detail’s big weakness, and one that’s unlikely to be remedied in future chapters given the model is now in place. Nevertheless, there’s a story to get to grips with here that delivers on every other level, and opens the door to an even more fruitful adventure via updates ahead. Now, that’s a story worth telling.

Verdict
Never underestimate the power of a good story. The Detail’s comic-strip styling will catch your eye, but it’s the story underneath it – of crime and power – that will grab you and keep you enthralled in what is only the first chapter of what should prove to be an engaging adventure.