The Darkness II is no masterpiece, but it might just turn out to be the year’s best chunk of FPS pulp fiction. It’s bold, lurid, gratuitously violent, incredibly sweary and about as subtle as a baseball bat to the head, but it’s also furiously paced, tightly wound and extremely compelling. It’s not a very long game or even very innovative, but there’s hardly an ounce of fat on it. The Darkness II is all killer, no filler, for its whole duration. 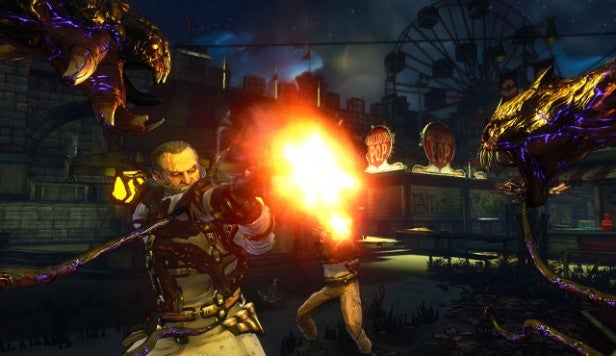 Following directly on from the 2007 original, it’s the tale of Jackie Estacado, once a mob hitman and now head of the family. Years after the events of The Darkness, he has subdued the titular entity – a demonic force that inhabits Jackie and lends him supernatural powers – but still tends the memory of his murdered girlfriend, Jenny, who he was powerless to save in the first game. Needless to say, this fragile peace lasts about two minutes in the follow-up, which soon descends into a violent struggle between Jackie and his family and a mysterious sect dedicated to capturing The Darkness for its own cruel ends. With the odd quiet lull to give you and the game’s strong characters room to breathe, The Darkness II is pretty much a killing spree from start to end. 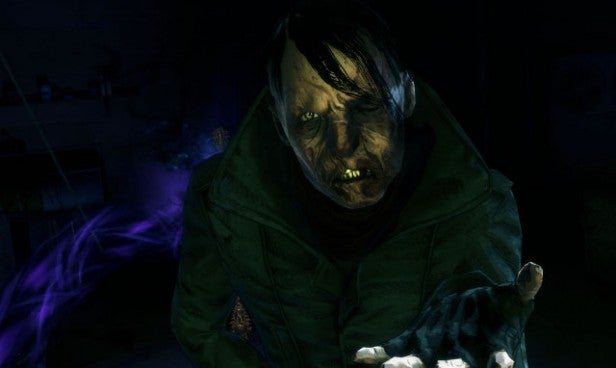 But what a killing spree. Like last year’s under-appreciated Bulletstorm, The Darkness II is obsessed with providing new and interesting ways to send your enemies to their doom. You see, the reawakened powers of The Darkness give Jackie two demonic tentacles to wield.  The one on the left can pick up objects, use them to shield Jackie or fling them at your foes. Alternatively, it can pick up stunned enemies and enable their obliteration in a number of spectacularly gruesome ways, or snatch out their hearts for a handy health fix.

Meanwhile, the one on the right can be used for slicing and dicing, with horizontal and vertical slashes you can tune using the right analogue stick. On top of this, Jackie still has two regular human hands to wield weapons, giving you freedom to dual-wield pistols or pack an assault rifle while your tentacles are free to do their work. 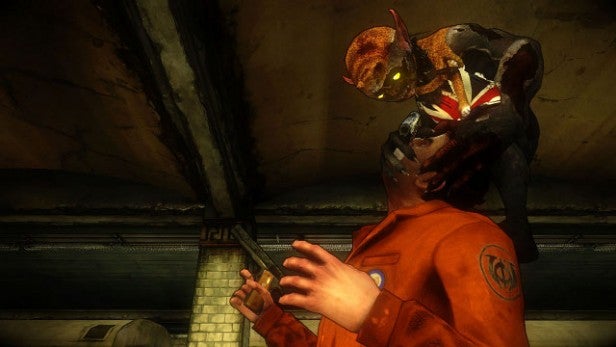 Two other factors make this even more exciting. Firstly, The Darkness II has some light RPG elements. Downed foes make dark essence, and dark essence can be spent on upgrades, allowing Jackie to recharge health or ammo as he eviscerates, or opening up damage boosts, secondary attacks and special moves. Secondly, The Darkness gives birth to a creepy brit-accented goblin called a Darkling, who will cheerfully assault (and subsequently foul the corpses of your enemies). In a couple of areas you can even directly control the Darkling, while a handy upgrade enables you to pick him up and toss him into battle.

It’s a comprehensive toolkit for bloodshed and mayhem, and one of the
great pleasures of The Darkness II is finding out how different objects
can be hurled at (and frequently through) your enemies, and trying on
different combinations of weapons and abilities. Fans of the original
will note a drop in the number of abilities, but in practice it feels
like a refinement: a deliberate focus on the parts of the first game
that proved the most fun. What’s more, it’s worth experimenting. In the
early stages cannon-fodder gangsters give you ample opportunity to give
things a spin, and this experience pays off later on when you confront
the tougher forces of The Brotherhood. 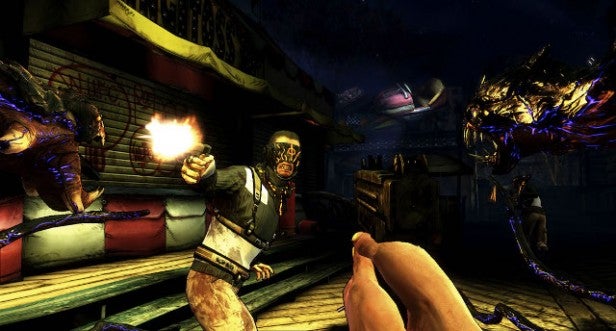 Why? Because The Darkness has a weakness – step into the light and all your special powers fade. While the early gangster enemies make limited use of this, The Brotherhood plays smart, using high-powered torches, protected, generator-powered lamps and even car headlights to even the odds in their favour. In later stages, therefore, the game takes on a more tactical bent, as you look at ways of dealing with the lights and dealing with the harder-hitting members of The Brotherhood before mopping up the weaker foes.

In many ways, it’s wonderful to see a single-player FPS like this. The cel-shaded graphics echo the comic-book origins of the story, with bold effects and a rich colour palette that is a million miles away from the gamut of today’s big military shooters. The story is told with the same big strokes, and while some of the subtlety and gritty drama of the first Darkness has gone – along with its dark-fantasy, otherworld levels – there’s still a depth to the storytelling that’s missing from so many big FPS games. The Darkness II has characters you can care about, a gripping script and some exceptional moments that knock you off balance. The level design is excellent, with a good selection of suitably creepy or sordid environments to explore, and the pacing doesn’t ever really falter. 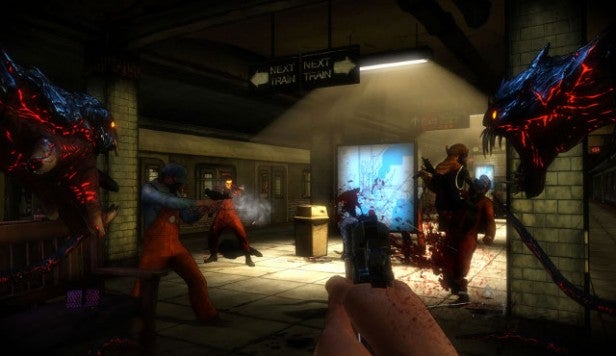 Gripes come down to two areas. Firstly, the occasional boss battles feel unbalanced. Even with a checkpoint halfway through they seem far more difficult than the levels surrounding them. More seriously, The Darkness II is not an epic. Completing it once opens up an option to repeat the campaign with a powered-up Jackie, but otherwise you’re left with a game you could polish off within a weekend.

A critical fault? Actually, no. For one thing, we’d rather have a game that delivers a great experience the whole way through rather than one that pads things out and loses its grip on you, and for another the game has a secondary mode called Vendetta. Played with up to three allies, it’s a side story that fills in details in the main campaign, featuring an international cast of ne’er do wells running missions for Jackie with the aid of some sorcerous relics. Some of the missions are too short, while at times there just aren’t enough enemies to go around, but Vendetta makes a great complement to the single-player game, and is so much more welcome than just another tacked-on, pointless Deathmatch option.

Verdict
An intense, ultra-violent story-led shooter, The Darkness II is furiously entertaining. What it lacks in length it makes up for in style and quality, and the fun co-op mode will help extend its lifespan. It’s neither subtle nor one for the squeamish, but if you like a dash of dark fantasy with your blasting, this sequel delivers with a bang.