Entering the command mode slows down action massively, letting you make decisions without hopelessly watching your squad members die while doing so. You can tell them where to go, who to shoot, and what abilities to use. 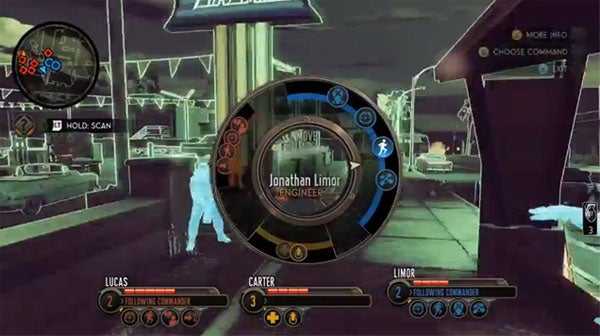 You need to as well, because your fellow troopers are idiots. A wilful disregard for their own safety and a seeming inability to amble a few steps away from a grenade mean you need to micro-manage their movements to avoid them dying. And even then you’ll fail frequently. Given how many squaddies we got through it seemed almost comical that you can customise and name them when recruiting at your base.

What makes this an irritation rather than the workings of an intense battle system is that fighting feels clumsy a lot of the time. AI is pretty poor across the board, the workings of the cover system are occasionally laughably clunky and the difficulty level is occasionally poorly managed.

Still, there is fun to be had. As your character (and any troop members who don’t bleed out onto the grass) levels-up, you earn new abilities. Some are quasi-magical, making little sense within the relatively low-tech game world, but these are the best of the lot.

You can lift enemies into the air, making them helpless and so vulnerable that even your idiotic squad members will be able to hit them, or knock them over with a power blast – hints of the Mass Effect games are in evidence here.

The combat excels in The Bureau: XCOM Declassified’s minor missions – shorter alien encounters that add a pleasant punctuation between the game’s longer (often slightly laborious) story missions. The longer type often too clearly distils into a repetitive series of encounters, strung together by not all that much.

However, even this becomes less of an issue once you’re tuned into the rhythm of the game. Mastering The Bureau: XCOM Declassified is a little like learning a broken instrument. You’ll spend a while angrily thinking “this bloody thing’s just broken” as you encounter the game’s many wonky bits. But when it clicks into place, there’s still much satisfaction to be had. 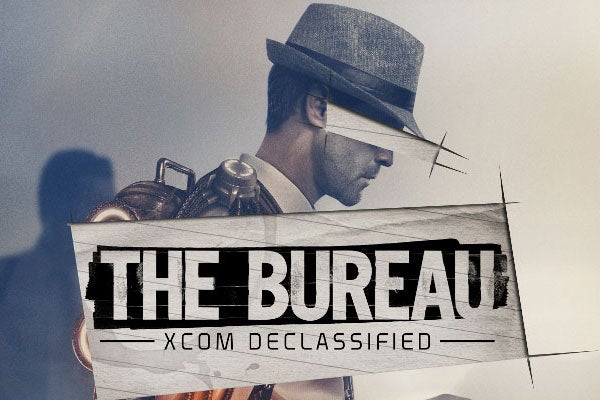 Should I buy The Bureau: XCOM Declassified?

After 10 hours or so of blasting and listening to your colleague’s dull ramblings, you’ll be done with The Bureau: XCOM Declassified. However, this isn’t a game you’d want to hang around with for a great deal longer.

It’s a curious, dysfunctional game that those who don’t play every AAA game under the sun should probably avoid. Its successes happen in spite of itself, but there are deliciously unhinged parts that remind of something like Earth Defense Force 2017 (even if The Bureau has nothing of that game’s sense of abandon).

The Bureau: XCOM Declassified is an odd action game that borrows style and gameplay elements from a host of sources, and doesn’t join them together particularly well. However, the battle system is eventually enjoyable, making it worth a look for alien obsessives who have already played the mounds of better games released this year – not that many, then.