Coming to PS4, Xbox One (version tested), PC and Nintendo Switch on July 26

Behind every heartfelt moment and banner raised is a struggle laden with suspense. For the past 5 years, The Banner Saga has embodied precisely that. Now, with the release of The Banner Saga 3, the stakes are as high as the frozen peaks we climbed to get where we are, and the payoff is as equally as sweet.

The Banner Saga started with the story of a father and daughter, Rook and Alette, trying to escape the Dredge while their Varl counterparts, Vognir and Hakon, escorted Prince Ludin to Arberrang. Both parties continued, their story intertwined and they would find their efforts culminate in a final standoff in Boersgard against an unstoppable and evil army.

After Boersgard, your party splits to cover more ground and proceeds to grow its numbers with the addition of more allies, including a race of centurion like creatures called the Horseborn and a the Ravens, a Varl lead group of human mercenaries, that continued Prince Ludin’s initial ambition to proceed towards the Human capital, Areberrang. 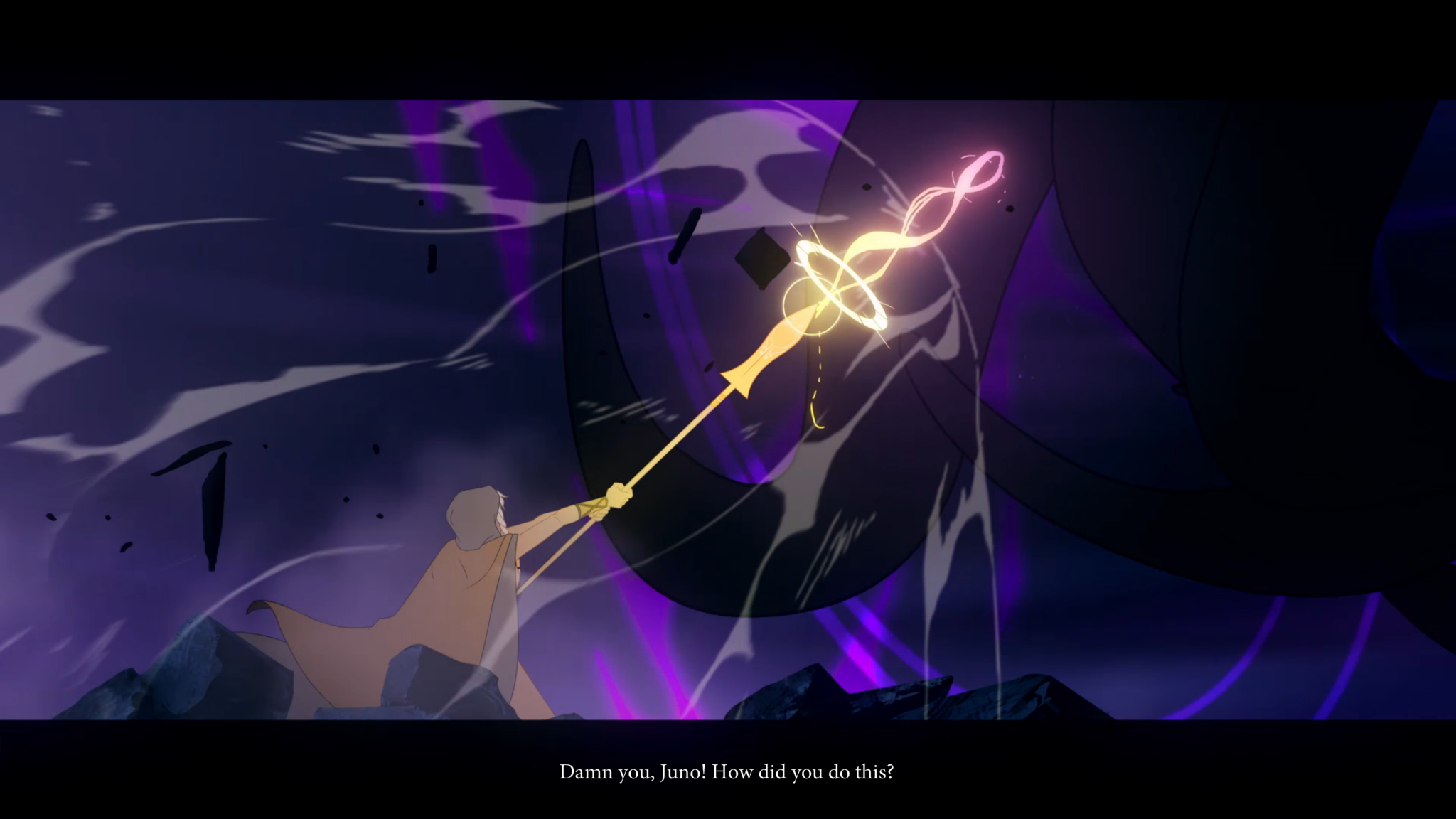 While the scope of the series would continue to expand, all of the decisions were terrifically human and weighty. As you start The Banner Saga 3 many of your choices come to fruition and will shape how your caravan tackles The Darkness head on. Even after the jaw dropping revelations of The Banner Saga 2, many a mouth will be agape and the past absolutely comes back to haunt you.

As relations splinter and divide, so does the party. On Rook or Alette’s side, you’ll face the downfall of civilisation as the horizon slowly disappears. Yet, in the midst of Armageddon, you’re a beacon of light that fights a seemingly unavoidable end, stoking the fires of hope.

Conversely, the second half of your party has opted to forgo the tried and true tradition of holding onto the light, instead tackling The Darkness head on, jumping head first into the unknown. With the common goal to save the world, there’s a beautiful symmetry of watching one side starkly stare down the enemy and refuse to move, while the other can’t afford to stop.

The Banner Saga 3 relies on you to understand its characters, plot and the intense motivations behind them. This third instalment features the culmination of years upon years of storytelling, and thus, expects you to approach it with ample prior knowledge. 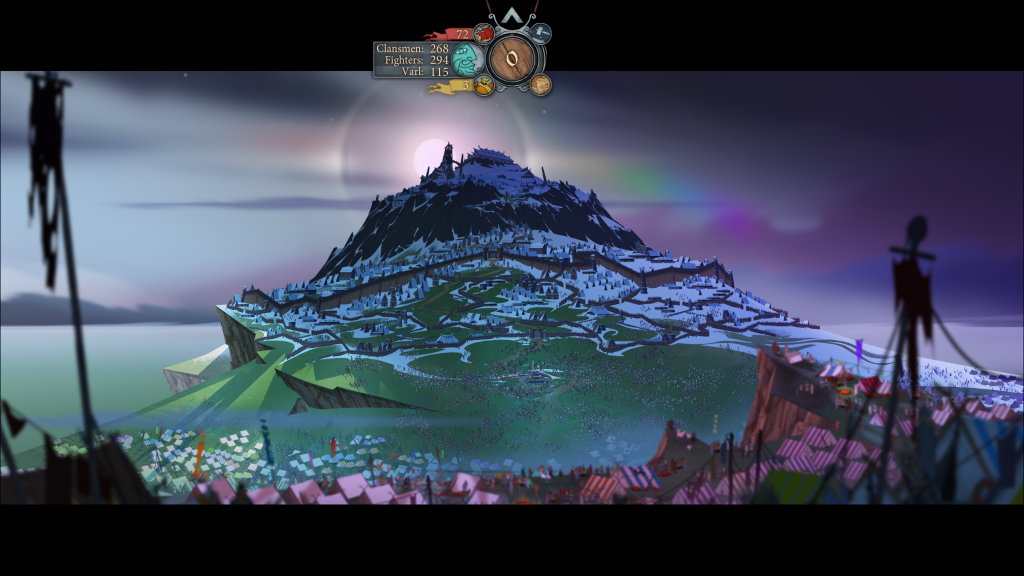 The duality of these two approaches is also played out in the time based mechanic of each side. Rook/Alette’s camp need to forage whatever they can, and the sum of the previous two games efforts culminates in borrowed time.

Every Varl, Fighter, and clansmen saved are used as bargaining chips against the darkness, and transformed into a measurement of days and hours come the last stand. This egg timer is then used as leeway for those in the darkness, influencing how you approach every situation as the days turn to minutes. For a game that largely focused on just how long it takes to reach your destination, the reversal and its execution culminates in a looming sense of urgency.

Wrapped up in the tale of survival are decisions, tough decisions at that. As your clan has grown, so have its needs. Characters slowly open up in the bleakest of moments and their awakening is unbelievably rewarding, but with this understanding comes debilitating ultimatums. You’ll be forced to choose between characters you’ve come to know throughout the series and there will be tough goodbyes on both sides. The results are something fans will be discussing for years to come.

Much like the story and its characters, the tactical RPG combat has also evolved. While new characters provide some interesting new abilities to play with, the most notable difference lies within the battlefield itself. The grid based board remains the same, but the Will system that allowed characters to move additional spaces or increase their attack values has been altered while fighting in The Darkness.

Now, while fighting in The Darkness, players are able to cast a lightning spell previously reserved for Menders. With each successful kill one more stock of energy for a lightning spell will be stored. There has also been an additional wave based series of fights added that allow players to choose to fight on and call for reinforcements to fend off ever increasing enemies to obtain high value equipment for their party members. 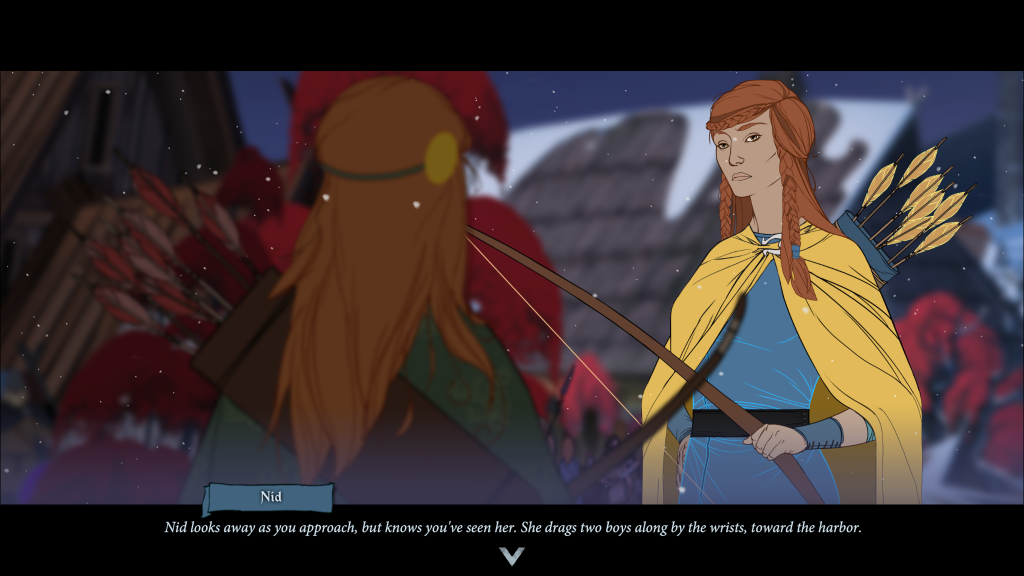 Now that you’re at the end of your journey, many of your fighters will have reached their peak, and while there remain levels and stats to be gained, there is a new focus on the Heroic Titles.

After you reach level 10 you’ll unlock Heroic Titles, from which you’ll pick one. Each title offers a different tactical advantage – such as regenerating armour, additional damage, or even placement-based buffs – and will factor into the archetype of who you assign it to and how you use them in battle thereafter. It’s a far more interesting way to spend your renown and shapes how you approach battles far more than a simple stat ever will.

Just like the arrow you delivered to Bellower in the first outing, the graphical design strikes hard with a deadly precision. Scenes are never static: characters will clutch their weapons anxiously or the gust softly blowing through the air, add an extra layer of detail that’s simple yet effective. While the previous two titles have given players time to grow accustomed to the stark red banner over their caravan, it still flutters effortlessly in the wind and accents just how large your tribe has grown.

The world has also undergone its own development, particularly the town of Arberrang, drenched in muddy browns, and the deep purples of The Darkness that really highlight the feel of their respective arcs. There are cut-scenes, sparingly placed at precise moments to accentuate the gravity of situations as well as an incredibly sombre VA that accompanies key moments – giving an extra level of insight.

The Banner Saga 3 is a bittersweet goodbye to a franchise that I’ve grown to love. In its quietest moments it’s a great showcase of creating memorable characters with limited screen-time, while at its loudest there are decisions that will haunt you for weeks and battles that leave wounds unlikely to heal.

From the belly laughs to audible gasps, The Banner Saga 3 never fails to impress with how the seeds planted in the first game have branched to their conclusion. While it’s not a genre for everybody, it’s a game for everybody.