The latest creation from nDreams, The Assembly is a brand-new VR game that will be a launch title for the Oculus Rift, SteamVR’s HTC Vive and the PS4’s Project Morpheus. And it’s certainly unique.

The game tells the story of the titular The Assembly, which is a collection of scientists who work in total secrecy in a concealed bunker. They’re wholly dedicated to progress for the sake of progress, and as they are doing so away from the public eye, they are using morally questionable means to do it.

This is an adventure game that tells a morally ambiguous story, and possibly for the first time to date, tells that story from the first-person perspective of two separate protagonists.

Cal Pearson is an Assembly scientist, while Madeline Stone is an inductee to the Assembly who is coming to the facility for the first time. The two characters each have their own perspectives and goals in the Assembly — it’s just up to you to discover what they are as the two stories weave together.

My demo begins with the opening chapter of Madeline’s story as she is brought into The Assembly’s secret bunker. She’s supposed to be unconscious and is being wheeled into the metal corridor on a gurney. It serves as a gentle introduction both to the game and VR. Movement is intentionally limited, so all you can do initially is move your head in the game. This will change as the game goes on, but nDreams is trying to make the virtual reality experience a pleasure from the off.

As you’re pushed into the Assembly’s bunker, you’ll notice that it’s full of state-of-the-art equipment. You can hear the two Assembly workers behind you talking about Madeline and her accomplishments, with them calling her a prize addition to the Assembly.

As for Madeline, she sees the group as the only way to progress her own research, which has reached a dead end following a series of tragic events. Madeline agreed to have The Assembly’s help, but didn’t realise she’d be abducted by them and submitted to a series of trials. 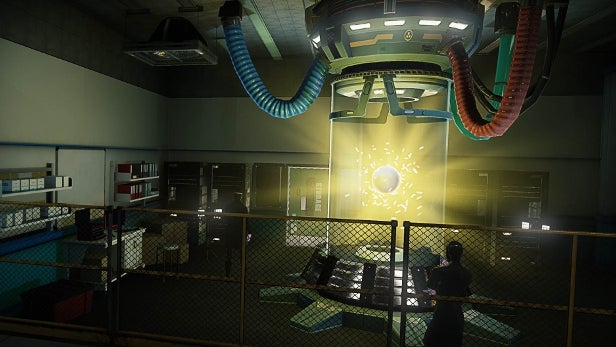 These trials will see Madeline having to solve various problems and conundrums, including logic puzzles and more complex moral dilemmas.

I didn’t have time in my demonstration to delve into these puzzles, but from the gameplay trailers I’ve seen it’s going to make you question a lot of things both about Madeline and The Assembly as a whole.

I also didn’t get a chance to experience what it would be like to switch between Cal and Madeline — which nDreams explains will be both a physical and emotional experience, as the two characters will have different physiques and perspectives of the world. 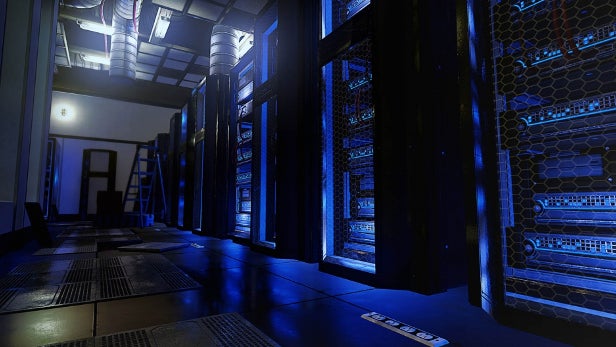 This may have been one of the best VR games that I’ve seen yet. It’s one of the only first-person experiences I’ve had in VR that gave me a sense of identity — you’ve got hands and feet for example, whereas in other games you’ll only be a floating entity. This is a game of examination and logic, and VR makes perfect sense because you can lean in to look at things that would have been limited in console or PC games.

The Assembly is an incredibly detailed game that seems to have a powerful story to tell. If the rest of the game is anything like the snippets I’ve seen here, we’re in for an absolute treat in VR.