4K/UHD TVs are 10-a-penny, but true 4K projectors for the home remain thin on the ground. In fact, the only brand making them is Sony. JVC and Epson have “pseudo” 4K models, but these don’t deliver the full 4K deal.

Thankfully, Texas Instruments – the company behind DLP projection technology – has now introduced a 4K DLP “digital mirror device” (DMD) that it claims is small enough to deliver 4K DLP projectors for the home. I got the opportunity to have a look at what this chipset can do at CES in Las Vegas.

The projector used for the demonstration was brilliantly cobbled-together, looking pretty much like a cardboard box with a lens stuck on the front. Which is, of course, exactly how all cutting-edge innovations should look in their early days! 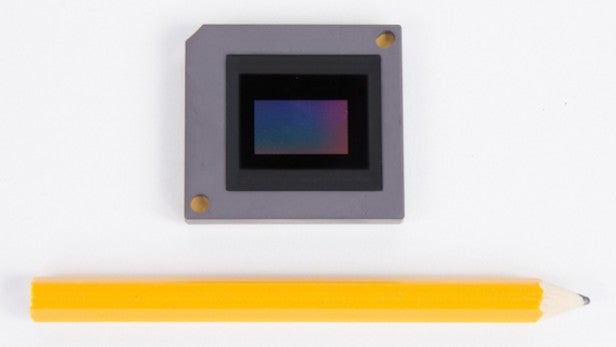 Although the 4K-for-the-home TI chipset is no longer in its early days. In fact, Optoma will be showing a fully functioning 4K projector using the TI chipset at the ISE (Integrated Systems Europe) show as soon as February. So the reason for that rather prosaic design of the TI projector on display at CES is to highlight the fact that TI makes only the DLP optical devices that go inside home projectors, not the projectors themselves.

The design of TI’s home 4K chipset is both amazing and, potentially, also a little controversial. The amazing bit is that it somehow manages to squeeze enough individually controllable mirrors to produce a 4K picture into a device that measures 0.67-inch across – only fractionally bigger than a standard HD DLP DMD.

The potentially controversial part is that it actually carries only four million mirrors. It delivers the eight million pixels of a 4K picture by using the DMD’s phenomenal switching speed to enable each mirror to deliver two distinct and unique pixels for each frame of the image.

TI is confident that any device to use its new chipset will accord with the Consumer Electronics Association’s definition of what constitutes a true 4K device. And, while I’m still not totally sure that we get the “eight million pixels into four will go” thing, there’s no question that the CES demo was extremely convincing.

Nothing shows confidence in what you’re doing more than running direct head-to-heads against your competitors. TI showed us its new chipset running against a JVC “e-Shift 4K” projector, Epson’s pseudo-4K EH-LS10000 laser projector, and even one of Sony’s native 4K projectors, the VW300ES. The “cobbled together” TI projector outperformed them all. 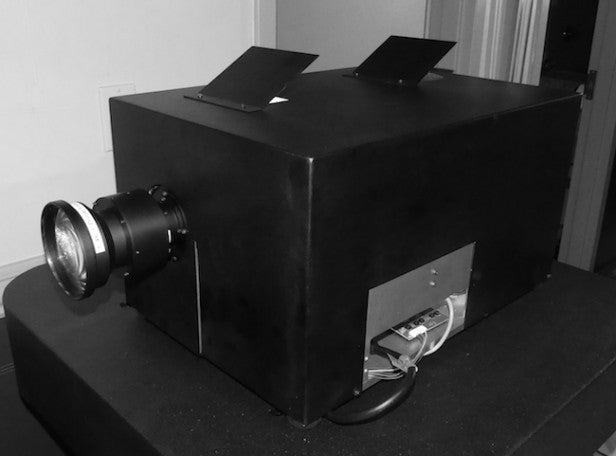 Particularly striking – and boosting TI’s claims that this really is a 4K projector – was the level of detail in its chipset’s pictures. Native 4K test screens showed swirling patterns of white lines along with spreadsheet files displaying pixel-wide lines between columns. Reams of small text and figures looked immaculate on the TI device, with literally every pixel present and correct, and not so much as a trace of colour bleed or haloing noise.

By comparison, the JVC model showed complete gaps in some areas of the test patterns – although it did pretty well with colour accuracy. The Epson tended to exaggerate the width of lines, suffer with jaggies, blur thinly separated lines of detail together, and displayed some quite heavy colour impurities.

The Sony did at least manage to render all the fine details correctly, albeit with a slight thickening effect on occasion – but even this previously mighty projector suffered with colour bleed and haloing around some details. On the TI device, however, everything looked pristine. Even though the image was being driven extremely hard by what appeared to be a very bright lamp.

It appears that the main key to its success seems to be that it’s a single-chip solution. Essentially this means that you get perfect pixel alignment, whereas with all the other types of projector, separate red, green and blue chips have to be aligned together to create a colour picture – an alignment process that’s clearly difficult to achieve when you’re dealing with as many tiny pixels as those involved in a 4K optical system. 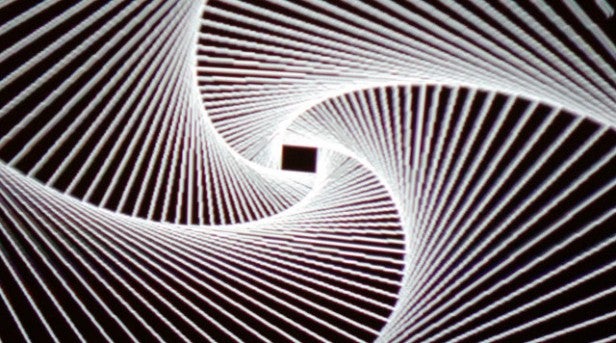 Needless to say, TI didn’t just stick to test signals and spreadsheets for its demonstration. It also ran a few minutes of a 4K nature video alongside the Sony model, and again, aside from possibly a touch of resolution loss over small areas of very fast motion, the TI not only matched the Sony for detail, but actually seemed slightly more full of texture. This is possibly because the DLP system at its heart also traditionally does well when it comes to true ANSI contrast, which can help “sell” the sense of detail in an image.

It’s not just the image quality of TI’s demonstration that induced excitement in me as far as projection is concerned in 2016. TI also assures me that its new chipset has been designed to be affordable. So maybe, just maybe, this will be the year where 4K projection for the masses finally becomes a reality.