At £449 the Teufel Concept D THX are definitely at the expensive end of the scale of PC speakers we’ve tested, and the number of potential buyers for such a high end speaker system intended only for use with a PC probably isn’t that large. Nevertheless, with THX certification and Teufel’s strong record of crafting quality audio equipment, it’s a price that you could be forgiven for expecting to be justified. 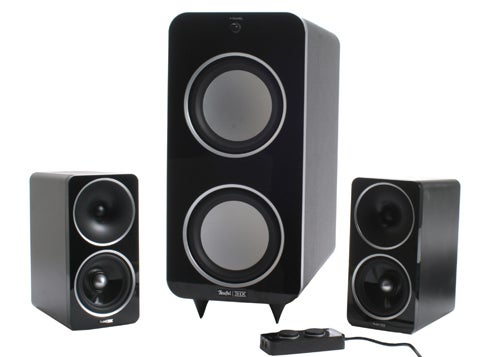 Getting things off to a good start is the build quality, which meets the standards we’d expect from a £449 speaker system. The sub woofer and satellites respectively are solidly constructed, with a real heft to them; the speakers crafted from plastic and the sub from MDF. The satellite speakers come with metal stands and, curiously enough, can be stood in either a portrait or landscape orientation – given their asymmetrical design the latter looks a little odd.


We do, however think that the combination of matt and glossy black gives the Concept D 500 THX speakers the high-end look you’d expect for £449. It’s not a groundbreaking colour combination, but it’s common for a reason. Uncommon, conversely, is the lack of any covers for the front of the speakers. While we do like the look of exposed drivers, we’d expect to at least have option to give them some extra protection from accidental kicks, the prying fingers of younger family members, or inquisitive pets.

The sheer physical size and weight of the Concept D 500 speakers will be off-putting for some, with the satellites measuring a not inconsiderable 115mm x 29mm x 24mm, the sub woofer an imposing 210mm x 475mm x 455mm and these weighing 1.9kg and 12.9kg respectively. The benefit of this is that the drivers in these speakers are suitably large, the satellites featuring 19mm tweeters handling the high-end and 100mm woofers for the system’s mid-range, and the sub woofer boasting a pair of 165mm drivers.

To the Concept D 500s’ credit is their use of binding posts, in preference to spring clips, for the cable attachments between the sub woofer and satellites. The Sub Woofer also sports a power input, a connector for the systems controller, a microphone pass-through and a coaxial line-in. Bearing in mind that the Concept D 500 THX speakers are intended to be used with a PC, you’ll want a half-decent sound card to drive them, but if you’re spending £449 on a set of speakers you can’t be surprised that driving them from the headphone output on a netbook isn’t going to cut it. 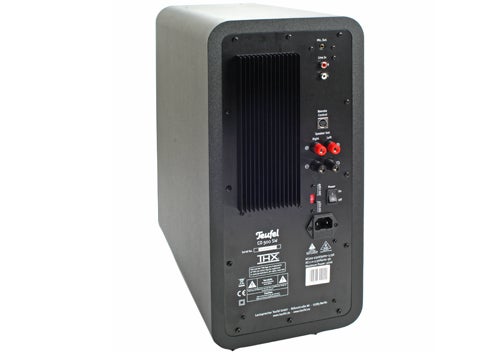 Speaking of that power button, we have to question just why Teufel felt that it was a good idea to make it stick out from the sub woofer’s frame so much. Not only is this totally unnecessary, it’s also likely to be bumped into and broken off – it just doesn’t sit right with the rest of the Concept D 500s’ build quality.


As you might expect from a system with such a sizeable sub woofer, the remote for the Concept D 500s has a dedicated bass adjustment in addition to the volume control. These dials rotate without any limit, which has the benefit of giving a very fine level of volume control, but does mean you’ve no way to know how loud the system will be when turned on. We particularly like that Teufel resisted the temptation to have an LED lit on the remote when the speakers are in standby – the secondary standby button on the subwoofer does glow all the time, however. 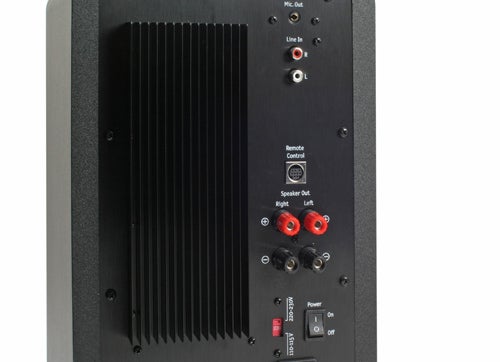 Explaining the presence of that microphone output at the back of the Concept D 500’s sub woofer is a microphone input on the cabled remote control. In addition to a headphone output, this saves the effort of crawling around behind your PC to attach a headset should you want to use one. Arguably lacking, however, is a second audio input – almost all rival speaker sets let you easily connect an MP3 player if you don’t want the hassle of turning on your PC.

Considering the size of the system’s subwoofer, it should come as no surprise that the Concept D 500 USB speakers pack a mean punch. To an extent you can think of them as a pricy set of Sony SRS-DB500s – if you’re looking for a set of speakers to annoy the neighbours with a rumbling low end boom, these will definitely satisfy. Crank up the bass control and the low end surges through and past overwhelming and into ridiculous, completely destroying the overall tone. 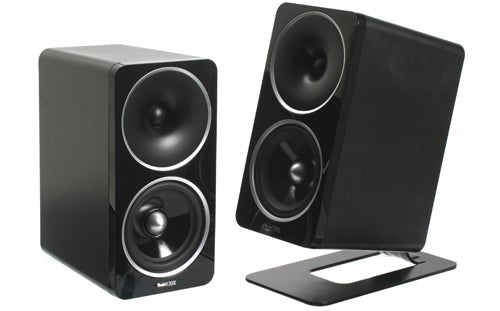 With a little restraint applied, however, what the Concept D 500s offer is a warm, and enveloping bass response that’s forceful but also very detailed. With movies this means a real sense of atmosphere is created by brass and woodwind sections in orchestral soundtracks, and that bursts of gunfire or explosions have almost as much force as if you were actually in the midst of the action. Games, too prove an entertaining affair for the same reason.


The Concept D 500s aren’t just about power, though, the satellites handle the mid and high end spectrums with as much aplomb as the sub woofer belts out the bass. With a good source – think high-end DAC and AMP, not 3.5mm to coax converter – the concept Ds make excellent hi-fi speakers; just remember not to go overboard with the bass control. 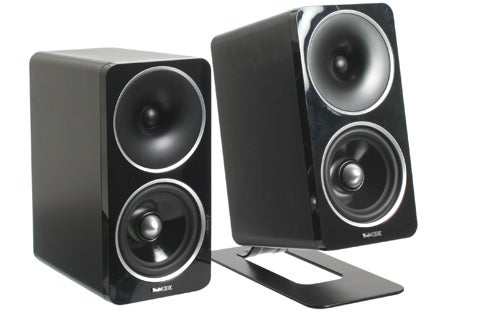 
We’d be lying if we said that the step-up in quality offered by the Teufel Concept D 500 THX speakers from a less expensive stet such as the Creative T3 speakers is proportional to the step up in price, but if you’re able to spend the kind of money Teufel is asking for the Concept Ds on a set of PC speakers you probably won’t care about that. Such a person need only ensure they can accommodate the Concept D 500s’ sizeable presence.