As part of a vague sort of ‘credit crunch TV’ theme I’ve got going on at the moment, I thought that today I’d peer into the murky world of the supermarket electrical departments. Places where prices are low and brands you’ve never heard of before are common.


The supermarket in question is Tesco. And the brand is Technika – certainly not a name I’ve come across before in the course of my 10 years or so as a reviewer of home entertainment technology. 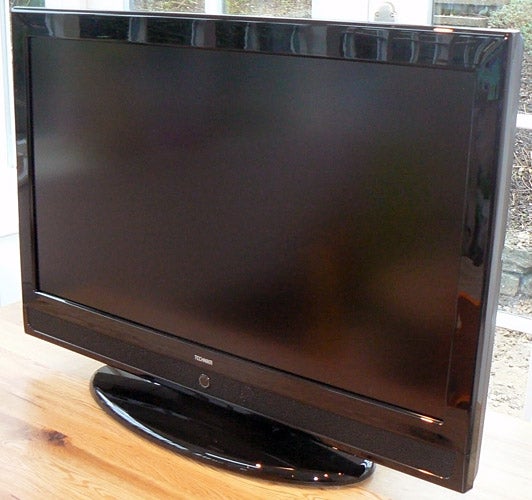 So is Technika really just a fancy, vaguely Germanic name for what’s ultimately a piece of total tat, or is its 32in LCD32-209 actually a hidden diamond among the budget rough?


The set isn’t exactly going to bag any design awards, it has to be said. It’s just a simple, flimsily built black rectangle – no more, no less. But that’s really no more than we would have expected considering the LCD32-209 only costs £280. That price is, after all, just £10 more than the Goodmans LD2667D we looked at earlier in the week, and that model was only 26in, not 32in. In fact, I’m pretty confident that the LCD32-209 is the cheapest 32in TV I’ve ever tested. 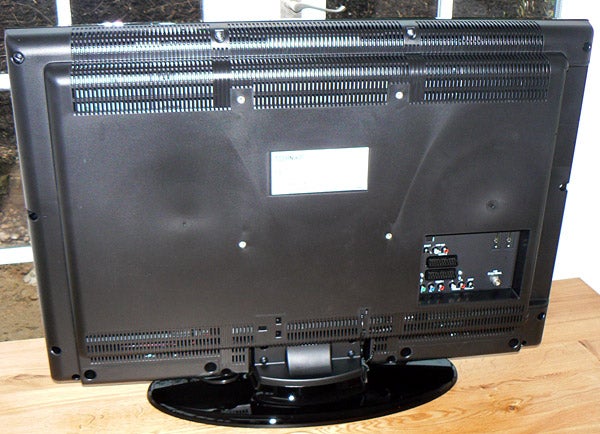 With that in mind, the fact that it carries two HDMIs is actually quite pleasing – the poor old Goodmans could only manage one, don’t forget. And that’s not the end of the good connection news either, for the set also has both optical and coaxial digital audio outputs, plus a subwoofer line-out alongside the expected SCARTs, composite video input, and component video input. The only bummer, connections-wise, is the absence of a D-Sub PC input for easy connection of an analogue PC.


Heading into the LCD32-209’s onscreen menus, it’s nice to find that they’re organised, well presented and supremely legible – as well as containing one or two interesting features. These include a multi-level noise reduction processor, a film mode that tweaks the progressive scanning to suit film as opposed to video sources, an optional dynamic backlight system, and a Game mode that calls up a series of video settings Technika reckons will deliver the best results with console games.

The set’s resolution is an HD Ready 1,366 x 768, and its claimed contrast ratio – for what it’s worth – is 1,000:1. Given how low this looks versus the contrast figures of 30,000:1 or more now rife in the LCD world, I suspect (hope!) that it represents the screen’s native measurement, rather than being calculated with the TV’s dynamic backlight feature switched on. All of which really just goes to show how you should never rely on a manufacturer’s quoted contrast ratio anyway. So let’s move swiftly on to the main business of the day: the LCD32-209’s AV performance.


Picture-wise, it’s probably best summed up as surprisingly good in some areas, but pretty darned ropey in others. 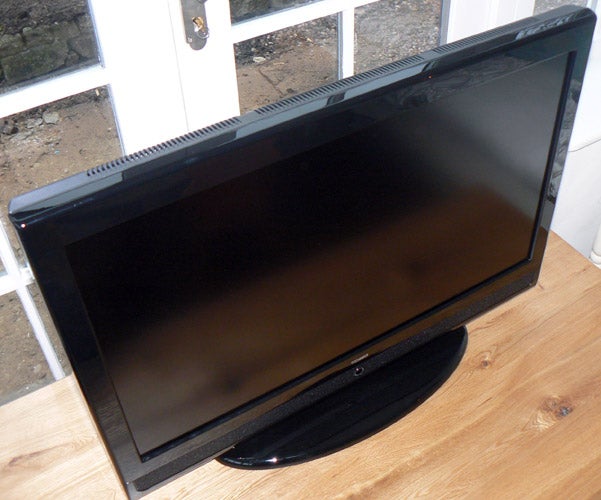 Let’s get the bad news out of the way first. Starting with the screen’s fairly dismal motion handling. The amount of smearing and resolution loss on show whenever anything moves across or up and down the screen really is excessive, constantly distracting you from what you’re watching. What’s more, this sorry state of affairs applies to HD as well as standard definition material, as amply proved by watching merely a few minutes of the latest England/West Indies test match in HD on Sky. As Freddie Flintoff prowls back to his bowling mark, every feature of his face leaves a smeary trail behind as it bounces up and down in time with his strides. And fast camera pans following the ball get so mushy it’s actually hard to see what’s going on at all. 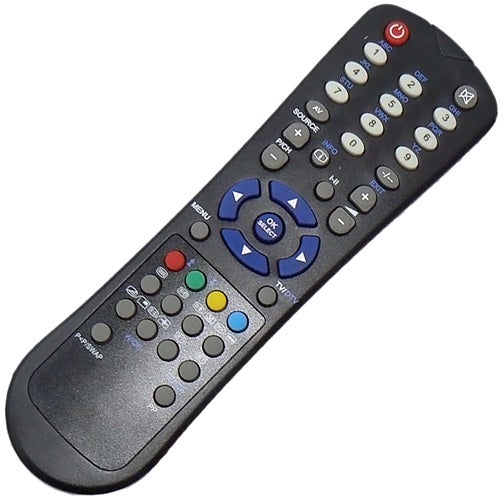 My other main problem with the LCD32-209’s pictures is their colour tone with standard definition. Skin tones in particular tend to look quite strange all too often – either pasty or too pink. And other fairly neutral colours tend to look slightly muted, too. It’s only with really rich standard def stuff, such as ”Sky News” graphics, that the LCD32-209 delivers much of a colour punch.


My last issue with the LCD32-209 concerns its noise handling. For both standard and high definition sources tend to look rather ‘alive’ with grain and/or MPEG blocking noise, even using the noise reduction system on the only setting we’d ever contemplate (low).

The LCD32-209’s strengths, meanwhile, kick off with some surprisingly decent black levels. Sure, there’s evidence of the common greying over parts of the picture that should be black, but it’s not bad enough to be really distracting in the same way that it was on the Goodmans LD2667D. 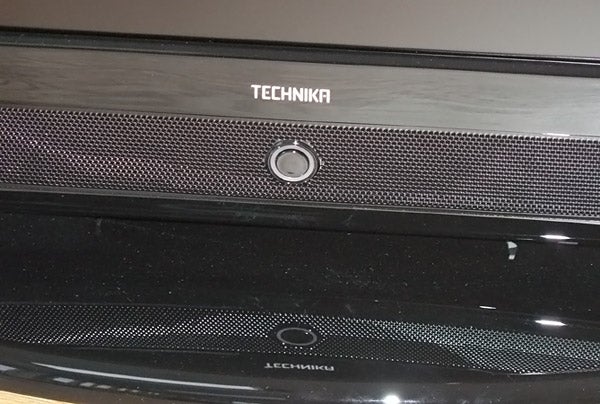 What’s more, black levels are good enough to provide a really decent deep counterpoint to bright, rich picture elements, ensuring that extreme-contrast material like the opening credits sequence of ”Casino Royale” looks genuinely punchy and attractive. I didn’t detect much evidence of instability in dark areas, either, even with the automatic backlight dimming feature in action.


The LCD32-209’s HD pictures are generally impressive, too. Colours, curiously, look much more believable and dynamic with HD sources than they do with standard def ones. Also, with relatively static material, such as the meeting between Le Chiffre, Mr White and the Guerilla leader in Uganda at the start of ”Casino Royale”, I was really struck by how crisp and detailed HD images can look. Seriously, under the right circumstances the LCD32-209’s pictures can look very good indeed – far better than I’d expected would be possible on such a cheap TV. 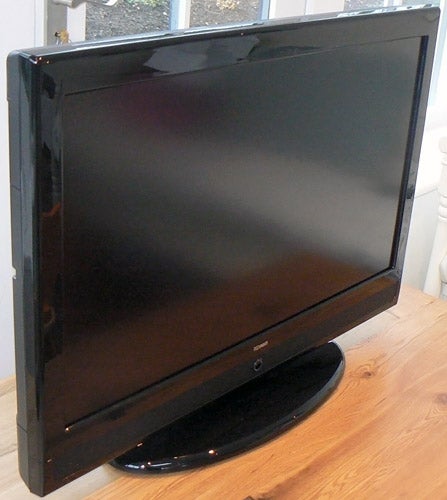 It’s just a damn shame for the Technika that video pictures have a nasty habit of moving on a pretty regular basis, at which point all the innate HD sharpness is undone immediately by the heavy duty motion smearing problem.


The Technika LCD32’s audio belies the set’s uninspiring build quality by actually sounding rather good. There’s a nice sense of depth and width to a good film soundtrack (provided you stick with the best Stereo audio setting); voices are rich and clean; treble details are aggressively presented without sounding harsh; and there’s even a fair bit of bass to be heard from time to time.


Although the LCD32-209’s motion handling problems are impossible to ignore, there are enough positive things about the set to at least enable me to pick Technika out as a budget brand worth keeping an eye on for the future.